Zac and I were on lawn chairs around the campfire, resting our sights on the abundance of stars that we didn’t get anywhere near the city. We were in the RV camping area of the astronomy observatory. It was empty with only three other RVs spread out far away.  The trees were tall and tangled with one another, framing the night sky without distracting from it. The purpose of our two day getaway was to relax beneath the stars and the fun exhibits, look through our new telescope. and enjoy the scenic road. I had the most amazing feeling whenever I looked at him that got stronger when he made me laugh or looked into my eyes. I hardly noticed the ladies making eyes at him. It was that kind of love that shocks you.

“I could stare at this all night!”

“Me too. I feel like listening to your song right now. I’m gonna play it.”

I smiled and held his hand from my chair. It was only a rough recording of my piano that would go with a song I had been working on for a long time, but he was happy I finally had a full sample of my work that I was proud of. He turned the slow piano on his bluetooth speaker. We were lighthearted, drinking mimosas and enjoying the peace.

The camping area had a circular walking path that looked like a maze made of rocks, lined with plants and dim lights, with a tall oak tree in the middle.

“So how are the dreams lately?”

“They’re the same, why? Am I talking in my sleep again?”

“That’s cool. I’m still enjoying them. Lots of quiet walking. It seems like I don’t really have anywhere I’m going, but I don’t feel lost. I just feel like I’m looking around. Maybe something memorable will happen soon, but that’s all lately.”

“I feel like it’s familiar, but I don’t feel like it’s as simple as just a manifestation of the images I see. It feels like somewhere I’ve been before.”

We held hands, casually walking and looking through the telescopes places throughout the area. We spotted a tire swing on the tree as we approached it with a sitting area on the other side. “I love swinging” I said as I hopped on. He pulled the swing back high and let it drop, then hopped on with me while it was in mid air.

“Sure. Just anyth-” we were interrupted by a static sound from above, looked up, and saw a treehouse.

“Ok, how bout one that’s about a weird sound from an old treehouse?”

“Wow” he searched around the tree and found wood panels bolted in to work as a ladder.

“I don’t want to climb that” I said, still on the swing.

“What if we’re not supposed to?” I whispered

“There’s no one out here! Ok, ok, we’ll plan to play dumb. Sorry, there was no sign and...trails off. Laughing again. Come on, let’s go,it’ll be romantic.”

““Hello? Hello? Is anyone up there? See babe, no answer. I’ll protect you. Maybe someone left their phone. I’m pretty sure people go up here to observe. Why, do you think it's haunted?” he joked.

“Maybe it is! This swing kind of has a creak to it. Do you still hear the static?”

“Who should climb up first?”

“No, I’m asking because I’m kind of weirded out to go in some dark little place where we heard something. I kind of want to go back now.”

“I think the steps go about twelve feet up. I’ll be right back.”

“Okay dreamy eyes.” He carefully made his way up the tree. Go first and make sure there’s nothing up there” I said, scanning the area.  I was watching him, but whatever he was saying became echoed and indistinct when I spotted a glowing flying creature that had a humanlike body up in one of the branches.

“Come down here.” My voice shook.

“Shhh.” I blinked, and it was gone. “Zac I’m getting the creeps out here. Lot of shadows...creatures.”

He turned on a light. “Come here sweetie, I think you’ll like this.”

I sighed and carefully rushed up to him. He took my hand and helped me up. It looked like a modern sitting and observing space. It had open windows, a couch, and a moderately large telescope.

“I’m here. You need to relax babe, look how awesome it is up here. I’m gonna adjust the telescope for us.”

I looked around inquisitively. I sat on the couch and looked out at the stars again, appreciative of the dim golden light bulb that hung from the ceiling, but that also added some kind of spookiness to the setting.

“I’ve been in one of these before.”

“Well, I don’t know if I can really say that but I went on this trip when I was ten and climbed all the way up a firetower with my summer camp. It was crazy scary, I just didn’t look down. I did it once and I can still feel the adrenaline! The inside of this looks a lot like that, but I’m not sure why it wouldn’t be as high as a fire tower.”

“I bet they’ve already tried that and probably found it didn’t give them a substantial increase in viewing. It’s like taking one step closer to the sky in the grand scheme of things. Plus the elevation is high over here. Maybe, we’ll have to look that up! You wouldn’t go up a fire tower again?”

“I don’t think so, I was a lot more carefree back then!”

I sighed, “Well, I did that when I was ten, then I went on this crazy like forty foot water ride on our eighth grade trip.”

“No, I’m not a fan of falling fast. Except in love with you.”

“Ohhh, that was smooth” he laughed. “I love you too beautiful. Okay, it’s ready, come look.”

“Wow, I can’t believe we can see the moon that close. It’s like a picture.”

“Speaking of pictures, I see one.”

I looked to my left as he walked over and removed the cloth off of a frame of some sort.

“Look, this is a beautiful mirror.” It was a medium-sized ornate mirror.

“There’s something about this place.”

“What are you talking about darlin?” he said, looking around.

I sighed, unconsciously trying to pinpoint what was so familiar about the inside. “Now what  are you looking at that’s so much more captivating than listening to me?” I said playfully, trying desperately to shake the feeling of uneasiness, the feeling of being watched.

“I saw something weird out there.”

“What did you see?” He pulled me in close for a hug while we looked at each other in the mirror.

“This is going to sound crazy, but it looked like a tiny flying...person. It was like some weird bug but oh my gosh it was insane. Also could have been an alien! It was glowing all these different colors and then just completely- completely disappeared.”

“Zac!” I looked out the window, and everything was different.

“What just happened?” he was just as confused as me.

We were still holding each other when we heard a knock from the inside of the mirror. We slowly turned our gaze while Zac started guarding me, when we realized the people staring back at us were ourselves in a grey reflection.  I saw a ring, a key, and two wine glasses inside the mirror, but not on the table.

“Aren’t those the objects we...we threw into the lake when we stopped at that house?”

My shock turned from the mirror to him. “That was in one of my dreams.”

“I remember, you told me about it.”

“How was that the first thing that came to your mind?”

“It just was, okay?”  We heard another knock on the mirror. “Who are you?” he asked our alternative selves.

“We made her mad” the one reflecting me said.

My reflection pointed at his reflection, who pointed to him, and then he disappeared. “Zac? Zac, where did you go? Please, I need him!” I said to the mirror.

His reflection was still there, this time staring at his hands like he didn’t recognize himself. “Anna” he said in shock. “I’m here.”

She points at him, he points at himself, then points at me. Everything turned dark, and then I was in the dream again, playing around an abandoned Victorian home with him out in the middle of nowhere, except everything was grey, silver and white.

I looked out the window, and sure enough, it looked like an artificial future with a moon color scheme.

“The ruler of the moon. That thing you saw- that fairy- it travels from the inside of the moon to our world through that mirror.”

“They told you all of that?”

“Yeah, while you weren’t awake.”

“What do you mean while I wasn’t awake? I was awake like two seconds ago...what?”

“I know, I know it’s confusing but they need to talk to us about those things we made disappear. We have to find them.”

“They’re at the bottom of the lake!”

“They’ll be arranging it. That home and the treehouse we were in are two of the portals. This is our home for a while.” 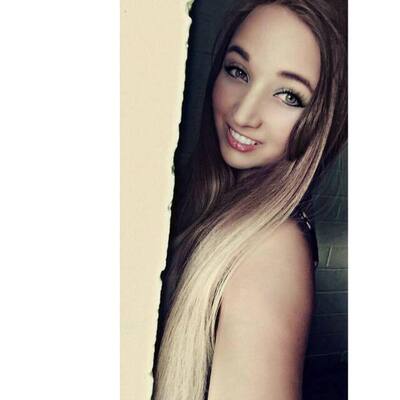 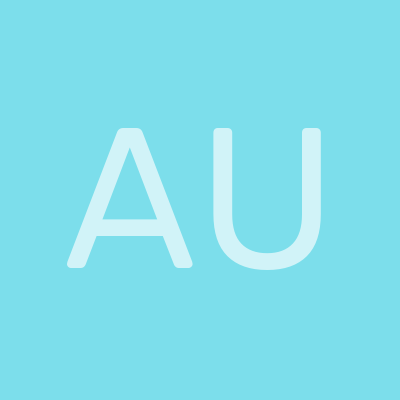 Really liked the creativity of the concept and where you took it. Only thing I would say is perhaps that I want to know a little bit more about the portal and the new world/moon world they are in. It is a neat concept overall.

I like your descriptive language of the forest in the beginning, it really set the mood, so to speak. I'd suggest making it clear who is speaking in your dialogue; it was a little difficult to follow and disrupted the flow of the story. The overall tone of the piece was good though, the last bit was also a bit difficult to follow plot-wise. I'd suggest expanding on the setting of the scene and how the characters were feeling :)