After 14 years of avoidance, 6 years of denial, 2 years of self-encouragement, and 2 months of preparation, I am here now, standing in front of a 15 by 30 feet demon. A monstrous eight hundred and fifty five square feet of trauma ready to swallow me whole. I pull at the taut costume I’m wearing, feeling like a female warrior in action movies wearing impractical armour for the sake of sexual appeal, but more so the impracticality than the sexual appeal. I crouch down, half a feet away from the beast, and touch it. Cold!

I look at my options. One, use the ladder four feet to my right; two, walk to the other side and attack from the shallow end; three, jump right in. But let’s be honest, there are really only two options: ladder or shallow end.

The guide I recruited is staring at me from within the depths. He floats triumphantly in the space, manipulating the beast with his bare arms; he has tamed this kind of monster a million times. Summoning all my courage, I attack from the shallow end. It’s a slow process and my mind reminds me that I am embarrassing.

I flash back to a moment 2 months and 22 years ago. A beast about the same size as this one. Threatening, but less so. It was Test Day, the day we graduate from our second year of training. The only thing between me and the Badge of Success was the beast. I remember the other children who slowly, one by one, defeated it. I was not ready. The year’s whimsical paddling around with constant guidance and surveillance, I have learned nothing that will help me conquer the final test. Why is it that they always teach you how to breathe while attacking but never how to breathe when being attacked? Isn’t that the part that counts? Obviously the answer is yes, because that is what they decided the final test would be.

I walk further and further into the depths. The liquid rises with each step. I am cold but my blood is boiling. If I could sweat in this state, I would be drenched. I reach my guide, his smile half reassuring half patronizing. He tells me to watch his movements before diving head first. His body moves with grace, his arms and legs synchronizing in a dance against the liquid, the liquid that is wrapping around my chest, lapping up my neck, threatening to pull me under. I put a hand on the edge, just for good measure. My guide resurfaces—it’s my turn. I don’t even know how to start. To abandon footing and let the beast guide my body, that seems preposterous. I lift my right foot off the ground, feeling the liquid sway my body. Every fibre of me is screaming keep your left foot on the ground! There’s no winning this argument. I plant both feet on the ground, my hand still gripping the edge. My guide suggests I work on my kicks on the edge, I agree.

Half an hour of kicking, I can now do it comfortably. It’s not second nature, but I feel less rigid. I look over to my guide, he nods and smiles—he’s ready to move on. Just as I start basking in this tiny newfound confidence, it is momentarily shattered by the opening of the gates to the area. A child and his guide strolls in, both sporting stylish eye gear. I let go of the edge. After brief consultation with his guide, the child runs to the edge and jumps right in. He is not an expert; even with his shoulder armour, it takes him a moment to find his position upright and his arms are moving more erratically than someone who is comfortable with the space. Regardless, he made the jump. I turn to my guide—I am ready.

My guide takes me by my hands and leads me forward. My body straightens out until I am parallel to the ground, my chin hovering just above the liquid. I begin to kick. He moves my arms to a rhythm I cannot hear and I feel my body glide forward. I focus on familiarizing myself with the arm movements as I kick, the synchronization a burden to my brain. I forget to breathe.

I gasp for air, but I remember there wasn’t any. Instead, I choked on some water. The liquid filled my nostrils, the burning sensation an additional pain to my constricted chest. My arms fought frantically, trying to grab onto anything and everything but landing on nothing. Just when I thought I was about to die, two large hands pulled me up. When my eyes stopped burning, I looked up to see two round eyes the colour of Lost Lake, lips a light chalky pink, and brown hair pulled back into a neat bun. I melted into her embrace. I looked around at the other children who continued practicing their skill as if I didn’t just almost die a few feet away from them.

I take a deep breath. My guide slowly lets go. I continue to move my arms and legs, faster and faster as I fight to stay up. Just before my nose goes under, my legs reach for the ground. I stand up. I look over at the child slowly but surely mastering the techniques to manipulate the untameable. I try to launch myself several times, but my legs refuse to stay away from the ground for long. Again and again, I push my body forward, my mind mumbling arm, kick, arm, kick to no avail.

The day is almost ending. My progress… My guide is laying on his back on the edge, his head only facing my direction to make sure I don’t kill myself by accident. He smiles, but I look away. The child and his guide are gone, disappearing through the gate they came with a skip in their step from the day’s achievements. My body is aching, exposing the dormant muscles I neglect to use from day to day. I muster the little energy I have to push forward one last time. My arm and leg movements harmonize to a faint rhythm. My mind is now mumbling slow… slow… slow… Half of my face is in the liquid and I am moving forward. I can feel my heart beating out of my chest. My mind’s eye sees the ripples it pumps into the liquid, spreading out in all directions, chasing to cover all eight hundred and fifty five square feet. Just before the ripple hits the last corner, my kick misses its beat. My arm compensates, but my nose goes under and I take a breath.

Water surges into my nostrils. My heart was fighting, and so were my arms and legs. I remember this feeling, but this was different. It was Test Day, the day we graduate from our second year of training. The only thing between me and the Badge of Success was the jump. I remember the other children who slowly, one by one, defeated it. I was not ready. I have learned nothing that will help me conquer the final test. The constant guidance and surveillance promised that it would catch me if I jumped. I wanted to scream but it only let more water in. I was not religious but in that moment I prayed and prayed the other children would realize the beast was killing me just a few feet away from them. And then, as quickly as it happened, it stopped. The hand let go of my head and pulled me up by the arm. When my eyes stopped burning, I looked up to see two round eyes the colour of the Austral Ocean, lips a fiery red, and brown curls spread out like tentacles. 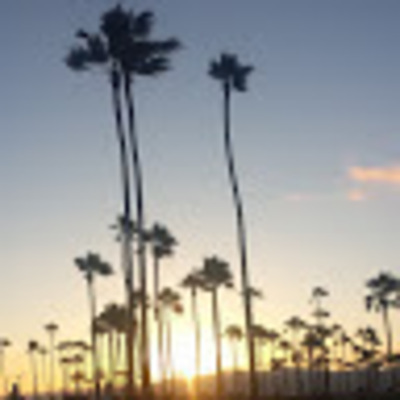 I really liked your opening on this and your use of numbers. It was a nice little pattern and it kind of reminded me of the way Steinbeck uses numbers in his stories. I read the comment below and seeing that the beast was the person that caused her trauma I may have gotten confused as well, haha. I thought the beast was literal and she was doing some kind of training

Thank you so much for your lovely compliment, Adrian! I'm so honoured to be reminding you of Steinbeck, in any way really! I think you got it right - the protagonist WAS training to overcome the beast. The confusion was probably from my attempt to dramatize the story. Full disclosure, this piece was about my personal experience learning how to swim after a traumatic swimming lesson in my early years. So I was intending the "beast" to be water/swimming pool/trauma. Let me know if that clears it up a bit, or if you have any suggestions...

That clears it up. Interesting how our past experiences add flavor to our stories. Thanks for the reply and happy Thanksgiving 😉

I agree, and I think the best part of reading other people's stories is seeing the different perspectives about the same thing. Oh, Happy Thanksgiving - have a lovely time! We celebrated ours here last month. ;)

Great first submission. You definitely turn on the action and sustain it through the whole story. I was a little confused by the ending.

Thanks for your comment, Scott! Yeah, I was a bit worried the ending would be lost to the reader with the whole interweaving timeline and such. Basically the ending is supposed to be the reveal of the protagonist's trauma - the person who saved her from drowning once also attempted to drown her.