No One Really Explains

No one really explains to you that only after your cervix dilates to 10 centimeters that the true horror show begins. The mounds of maternity pamphlets, handouts, and books you dutifully study and the endless streams of websites, blogs, and postings you devour will all allude to bearing down, but they don’t really convey the medieval torture of doing crunches for two hours, while spine-breaking contractions make you question if the rest of your life is worth living. Epidurals wear off. Nurses have seen worse. Doctors come and go like it’s a cocktail party. Your husband is trying to be helpful while holding your hand, listening to the foulest of language proceed from your mouth. Monitors beep. Doctors and nurses confer as if you are some bovine livestock stuck in a paddock. Unspeakable things slide out of your body. And then, your baby is born.

No one really explains how all-consuming the moment is when you first lock eyes with your beautiful little creature who has grown under your heart for nine months. Philosophers and therapists will argue about the importance of nature versus nurture. Intellectuals and empiricists will opine about tabula rasa, the baby’s mind as a blank slate, devoid of any sensory experiences. Fools, all. For you peer into your baby’s bluest of eyes and see the eternities. In the idyllic hours of night when you breastfeed, the most sacred of all human transactions, the baby’s hand will reach up and touch your chin. In utter ineffable joy, you promise this child that you’ve spun into existence everything—absolutely everything—knowing full well that loving anything this much will make you vulnerable. Vulnerable to the point that you will feel its pain and double that with your own. The thought of what you will do and will sacrifice for this baby in your arms steels you against what you think you know is coming. It will drive you to your knees in search of an omnipotent, benevolent God who must exist, who must help you with this child. Because if anything happens to this baby with its enormous trusting eyes, you will be unable to bear it.

No one really explains how confident you are in your parenting abilities when your child turns five years old. You and your husband congratulate yourself for raising a precocious kindergartner who knows how to sound words out: cat mat hat rat bat. You check his folder for green lights (with the occasional yellow light for not walking in a straight line to lunch, but seriously, there are worse crimes.) You secretly judge another mother who brings her child a wrapped snack or toy every day at pickup. Obviously, she is raising a serial killer. As for you and your little man? Snacking on grapes cut in half (to avoid choking), late afternoon T-ball practices (the coach is the epitome of patience), slurping spaghetti like the Lady and the Tramp, and 30 minutes of television before diving into a pile of books. Goodnight Moon. Fox in Socks. Don’t Let the Pigeon Drive the Bus! Daddy comes home just in time to tuck a freshly-bathed rascal dressed in Star Wars pajamas into bed. Later over glasses of red wine, you and your husband discuss having more children. In a quiet moment, you tamp down a burgeoning resentment towards your own parents. Sure, they show up occasionally and play some cartoon-version of being grandparents. But how were they so deficient in raising you? It just isn’t that hard.

No one really explains what a shrill, desperate harpy you become when your son hits adolescence and you are walled off from his life. Yes, Erikson's stages of psychosocial development clearly illuminates his identity versus role confusion. At this point, you will glom on to any cockamamie theory or feel-good philosophy just to find some peace of mind. Otherwise, your mind constantly churns, devising ways to get your son to interact with the family, with the dog, with you, fully knowing you have to let him grow up. You despise yourself for trolling the self-help aisle in the library. You learn words like self-care and letting go. You try to talk to your son about the basic things: wearing deodorant and flossing and washing his hair. How does he come out of the shower smelling worse? Worse, you become what you’ve always hated most: A nag. At school and community events, other parents coo and babble about their little whomever and whatever amazing bullshit their kid is doing. Baton twirling is not a life skill, you want to shriek. At best, it’s a hobby! But you nod, half-listening to their dreams of out of state colleges they cannot afford and to their decisions about whether their teen should join the robotics or debate team. Meanwhile, you watch your son mill around the perimeter of a multipurpose room, where teens gather as far away from adults as possible. You try your best to be discreet, but watch from the corner of your eye. Who is he speaking to? Is that a new girlfriend? Do those boys smoke weed? Do they steal their mother’s prescription pills?

No one really explains how giving you a baby is the perfect cosmic joke, evidence that sentient beings watch carefully—to devise just the thing to destroy you. Bearing down will come to mean a whole different thing, as you, as a parent, have fundamentally switched from being physically tired to being emotionally drained. It will happen sometime in your adult child’s early twenties. It will come in a variety of forms, but it will be expensive. First responders will most likely be involved with accompanying flashing lights, paperwork, court appearances, and/or attorney bills. Hollow-eyed, you will find yourself in the hallways of colleges or public buildings or hospitals or pharmacies, attempting to get answers from a bureaucracy that you could strangle with both of your bare hands. No one will have simple answers. There will be late night phone calls you wish you had not answered and early morning texts you wish you had not seen. The life you nurtured will appear more fragile than even the infant you protected in the blue-black hours of the night. When you have to, you will speak of these events in hyphenated terms: gut-wrenching, heart-breaking, soul-crushing, mind-numbing. As the years pass, these days will not be trifled with. There is no joke here. Your son will forget in the fog of moving forward. You will wear these days as sacks of lead, leaden as the muted heavens who will eventually send the dawn. But not before taking a pound of flesh.

No one really explains the sheer relief you feel when you see your adult child actually accomplish something on their own—anything, for God’s sake. Finish a degree, enroll in a trade school, inquire about the military, see if the local grocery store is hiring. Just get out of bed before dinner. Just stop drinking all of your father’s beer. Just progress, damn it. Anything but picking up the game controller for the billionth time and ordering large cheese pizzas. Eventually, your son lands a job interview and you pepper him with tips that haven’t been relevant in the business world for over a decade. Your son meets a nice girl and makes you promise not to show her embarrassing pictures like him as a toddler waddling naked after a line of ducks by the pond. The line of ducks is linear, but getting him to waddle into adulthood is entirely circuitous.

No one really explains the transcendent joy of becoming a grandparent, holding a trusting little one who smells like spring and puppies. You see your own son age overnight, changing as the mantle of fatherhood descends. As you prepare to leave his home after holding your grandchild for the first time, the baby fusses. You watch mother and father attempt to soothe the child in a scene as holy as any holiday crèche. If you could, there would be many things to explain to them, to these earnest new parents, but the most important and tenderest things cannot adequately be explained, so instead you leave them in peace.

Bin there, dun that. I laughed at the first sentence, although with a scrunched up face. I really think you are curing me of this writing lark, I've bought a set of knitting needles. Now if I can just get this plain and peart thing under my belt. 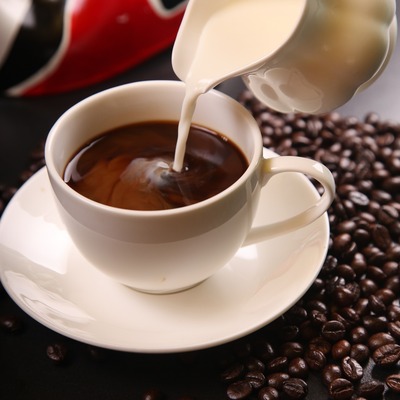 Amazing! Thank you for writing this! 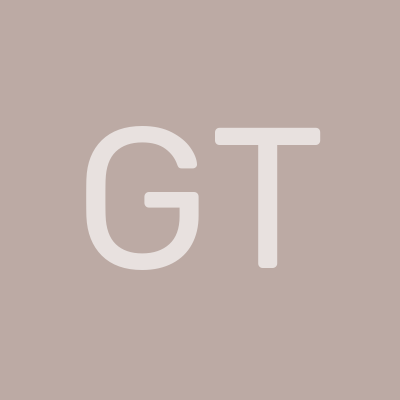 Wowowow there isn't enough I could say about this! This was so beautifully written, I absolutely loved it. I think that all of the small details really bring the piece together. It's like a bunch of little vignettes that all add up to a tremendous description of life. It was very moving, super well done.

I appreciate your supportive comments :) Much love

The story brought tears to my eyes! Such a sweet and tender story about a parent watch their child grow up.

Parenthood is all so bittersweet and beautiful ❤️

As a recent mother, the first two paragraphs spoke to me on a cellular level. This is beautifully written and beautifully moving. Your writing voice is captivating, pulling the reader through the narration and through the son’s life. The conflict is dealt with well, too. It gives a bit of a tonal variation without derailing the gentle mood. Great piece of writing! 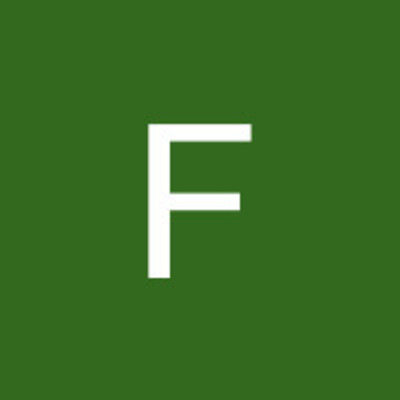 This is a beautiful story! You really captured the mystery here.

Parenting is a TOTAL mystery 🤪

Deidra, wow. I loved this. Keep sharing your creativity and mastery of words with the world. 😍😍

Thanks, Grace. You have strengthened me today ❤️ Best wishes to you on your writing! 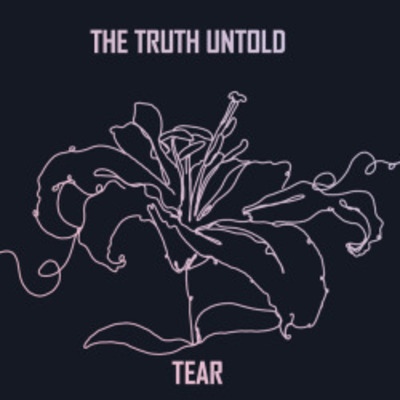 And the cycle continues! Oh my God this is soooooo beautiful I can't even begin to describe how much! I loved it sooooo very much!! Best of luck and keep writing!

Thanks for the kind words. Always nice to know that I'm not just writing into the void.

Well I will definitly make sure to read more of you pieces! 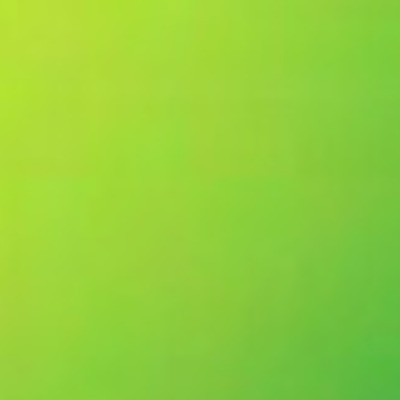 Super sweet! The imagery and emotion are amazing :)

this is really good, good job!