I hate watching the news.

Every single night, the battered little box flickers on for the daily broadcast at 8pm. It’s hard to watch when all that the perfectly preened presenter drones on about is the demolition of the hate group, Zerex.

The box roars to life now, as the screechy music fills the room accompanied by dramatic bangs as the newscaster begins to ramble. Michael Gelding. For fifteen years, I have watched this charmingly disgusting man, ram his fingers through his slick, greasy hair and announce the latest headlines in his whiny voice.

Not that there was ever much to announce; never a day went by where Zerex was not part of the headlines. ‘THRIVING HATE GROUP PLANNING TO TAKE OVER WORLD’ is my personal favourite. But how the tables have turned: ‘HATE GROUP ZEREX DISBANDED FOR GOOD’ races across the screen in thick, black capitals. Michael is replaced with a montage of celebrations in countries around the world, from people in Kenyan villages to the Queen of England herself. I celebrate with them, silently in my head.

I sneak a glance over to the other sofa where my ‘birthers’ sit, stone-faced. I try to think of a time where I addressed them as ‘Mum’ and ‘Dad’, but my mind draws a blank – serves them right. I try to smother a grin as they both vacantly stare at the screen, their entire lives’ work being ridiculed before their very eyes. I used to share their same values, back when I was much younger and naive. I posed in pictures for their propaganda, I painted placards for them to use, and I even recited The Seven Rules every night before bed: lullabies were unheard of.

The Internet saved me. All my life, it was drilled into me that all people were bad and that Zerex were simply correcting  helping those people. I was not allowed to have a phone or communicate with anyone outside the group, but after hearing so many rumours about something wonderful called ‘The Internet’, I finally caved and secretly bought myself a mobile phone. I was introduced to a whole other world outside my own, filled with people with beautiful minds and ideas. It was there that I learnt that no one shared the same views as me – in fact, people were positively repulsed when I told them of my upbringing.

It was also the Internet that introduced me to Finn Anderson. As an only child, forbidden to ever have any friends, let alone a boy, the thought of someone being interested in me instantly made me think he was lying. But it’s been almost two years now, and Finn and I are closer than ever. I tell him everything that I never told ‘Mum’ and ‘Dad’. I tell him how I want to live a new life, where I can talk to people, make friends and just live the life that was snatched away from me. I even tell him about who I really I am: he knows all about Zerex and my previous role within it.

Finn accepts me for who I am. He knows that I am no longer the person I used to be – the person I was forced to be. He talks to for hours over the phone and constantly tells me how funny and kind I am. I think I might love him. But then again, I’ve never known what love is. My ‘parents’ certainly did not love me and I never had anyone other than them to turn to. The online dictionary tells me that love is: ‘an intense feeling of deep affection’.

Finn says that he loves me. I ask him how can he, when we’ve never met in person, but he tells me that love isn’t just physical. That changes tomorrow. The big day. My big day, when I finally reach the magical age of 20, allowing me to finally leave my parents. I get to step outside of the only five rooms I have ever known, and see the real world. Finn told me all about this special place called ‘the park’ where we will finally see each other in person. Just one more night.

Happy birthday to me. The first birthday where I genuinely am happy. I don’t want to see my ‘birthers’ at all and I know they definitely do not ever want to see me again. My rucksack leans against the front door, packed and ready to accompany me on my new life. I place my hand on the door and gently rest my forehead against the cool glass. Now or never. I pull the rucksack onto my shoulders and open the door fully, shutting my eyes as the sunlight almost blinds me. I look back and find myself staring into the eyes of ‘Mum’ and ‘Dad’. Their eyes are empty.

I shut the door, I shut them out and I close that chapter of my life. I make my way to the park, chanting the directions Finn told me in my head, like an incantation. Finn. My stomach twists itself into knots just thinking about him. Everything outside in the real world is even better than I imagined. I see children screaming and kicking around a football. I watch the sun paint the sky in a shimmering haze and listen to the birds chatter amongst the rooftops.

I can see the park now: a huge green space, with toddlers on bikes and elderly couples strolling among the flowers, hand in hand, gazing into each other’s eyes. ‘An intense feeling of deep affection’. They practically effuse love. I smile at them admiringly, and make my way to ‘the swings’ where Finn will wait.

It’s him. He is here. He’s just like I imagined. Tall, blonde and lean, wearing his favourite jeans and a hoodie. But what I didn’t imagine was the scowl on his face, or the placard firmly gripped in his hands: ‘ONCE IN A HATE GROUP, ALWAYS IN A HATE GROUP’.

The dictionary tells me that hate is: ‘a feeling of intense dislike’.

A bit on the dark side, but very touching with some real emotions displayed here. Well-written!

Thank you Roshna! I agree, quite different for me i think! 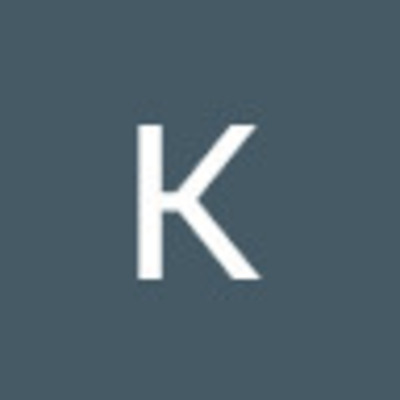 Thank you for reading my story. I enjoyed yours. If you would follow me I'd be happy to follow you. :)

I'm glad you enjoyed it! And sure, i'll follow you!

The concept, a young woman raised by cultists who is trying to break free but who is betrayed by her inspiration is great. You have a nice clean style and a good voice for this story. Start with this line, " I didn’t ask to be born to two brainwashed adults, who also happened to be part of the founders of the hate group, Zerex." It is a lot more powerful, immediate and definitive than, "I hate watching the news." It's an easy change as the first bit is all exposition. This is very short- barely above minimum length. And it has a l...

Hi Charles, your invaluable feedback really does mean a lot to me - i personally find constructive criticism offering advice is the most useful to be given. Although i can't edit my story on Reedsy, i will make sure to modify and change it for the better! Thank you so much taking the time to read and comment once again!

The ending was really sad. Great story. I loved it. Would you mind reading my story "The secret of power?"

Thank you for reading and commenting! Sure, i'll check it out!

I'm a little tired so I don't really have the words to say it but I really loved your story! The ending was very sad though, but beautifully written

Thank you that really means a lot!

The ending was slightly sad but rest was awesome