You are lovelier than the moon.

I am sitting on the bonnet of my car; hands stretched back, eyes fixed on the stars. This night the sky is clear and full of bright stars. Some stars shine less brightly than others, yet none are any less significant or less loved by the vast sky. I was engulfing this beauty when you ran across my mind; your handsome face, big eyes, flawless smile, and something more, something magical. One of the clearest memories residing in me from my school days is of you. I still remember our first meeting as clear as if it was just yesterday. You carried a sense of "Everything is possible if you are around" with you as you walked in through the canteen door and helped me face the bully on that day ten years ago. He was trying to snatch my food. You walked in, hold his wrist tight, making way for me to take back my lunch. In the days those followed, we used to sit together in class, play together, study together. I liked pink while you liked blue; I loved to dress up while you didn't, I was tender while you stood bold, you were the popular kid while I was the shy kid. We were different nevertheless had we questioned that difference. We were best pals. Life seemed pretty easy and fun with you. We had some inside jokes of ours to laugh about; we had interesting thoughts to share; there we so many secret places we discovered together. We were so perfect together! Do you remember that day? That day of summer, on our way back from school you had proposed, "Hey, want to see something magical?” I instantly agreed. That night we sneaked out of our respective houses and met in the park. You took to me to an empty construction site. We climbed to its roof from where the sky seemed only a stretched away. That night the sky was clear and full of bright stars; you brought out some more light from the hidden jar you had with you. Holding the jar open in the blue, you had freed the fireflies from their cage. A light breeze brushed through our hair, our feet, bare and callused. We stood there, unmoving, and watched the dance of thousands of fireflies blinking on and off in the darkness.

That was the first time I was so much mesmerized by nature's beauty. Ah! Those were the days!

Today that sky is still here but except for the fireflies and you.

These night skies are beautiful to watch, worth watching even in the darkest of days.

Days for innocent mischief soon ended, not gradually but rather suddenly. Soon we entered the years of adolescence. Friends were no more only friends; they started running the possibility of being more than just that. Many girls from our school started having a crush on you. You were the best. Yet new friends and attention never made you forget me; I never had a reason to fear the fallout. I started to spot a sense of difference in all the other eyes. They looked at me in a certain way that was disturbing. Soon my taste and choices started getting questioned. Remember, that new group of boys you started hanging out with? I never really liked them. I felt that they might harm you. I tried to tell you that; but, when I did, you stopped me saying that I worry too much!

The next thing I remember is of the day when you and your friends were discussing career goals. For you it was to join armed forces, some said a doctor or an engineer and some others said a footballer or cricketer. Then it was my turn to answer to which I happily said "A makeup artist." Loud laughter roared in the room with my answer. I was embarrassed without even knowing the reason for which I deserved that laugh.

Days rolled by; our bodies were having a hormonal upsurge. None of us were in control of the changes but still, they happened. Soon I figured out that I liked you more than a friend but this should stay confined in me. I knew if this gets revealed, there will be louder laughs. I never had the intention to feel for you anything more than just a friend yet, it happened. I was not in charge of my emotions; maybe my hormones were.

But life had surprises of its own. One day in school, I heard a few boys talking about my feels for you. I feared that you will get to know any minute now! I spotted those same boys talking to you in the corridor, later that afternoon. I felt that I would lose you forever. I didn't know what to say to you. I ran away and didn't meet you for the next two days.

The third day we were standing in front of each other in the hallway.

You looked normal. I felt relieved. Then you asked "Have you heard what the boys were saying about you? "; I said "no."

"They said....” you started laughing.

"They said you love me more than just a friend"; this time you laughed louder.

"I told them that they are fools to think so!" you added.

My heart sank amidst your laughter.

You paused and looked at me for a few more seconds for me to laugh out loud and tell you that this was just a joke.

Finally, when you realized the truth, you left silently.

In the following days, I have seen indifference in your behavior; you stopped talking to me much, just a smile while crossing each other was what left. I got it. I never had any grudge upon you. It must have been a shame for you to be seen with me after this. It must have been hard for you but it got harder for me not only because I lost the love of my life or because I lost my best friend, my only friend but also because now I knew about me and can't help being myself. The next year your father got transferred and, you and your family shifted to a new city. I haven't seen you since then.

A drop of tear trickled down my chin. A voice broke the silence of the night. It was my boyfriend.

"Hey, want another beer?” he asked.

"And wipe your tears, you have a beautiful life and beautiful me to be happy about!” he added.

He is right; I do have a beautiful life and a great boyfriend. He is just like me. After that incident back in school, I knew that life was not going to be easy for me. Maybe I will never be loved but then in the final year of college, I met John. The rest that followed was like a dream. He is everything I ever wanted. He understands me, he accepts me the way I am, he knows my faults and my strengths and above all, he is brave enough to stand by me. He was there when I opened my makeup studio. He stood by me through all the odds. He has seen me at highs and low still decided to tag along. I guess all this makes him perfect to be with for a few more lifetimes as well.

"Here", john said while handing me a bottle of chill beer.

"Come, sit here.” I said while shifting a bit in my place, making enough room for him to sit.

We sat there looking at the stars and drinking beer.

Then he took my face in his palm and said "You are lovelier than the moon."

I smiled and kissed his forehead.

"Lovely", the word had in it the feel of being accepted the way I am. I love it when he calls me so.

He looked up at the sky and then at me "What?" 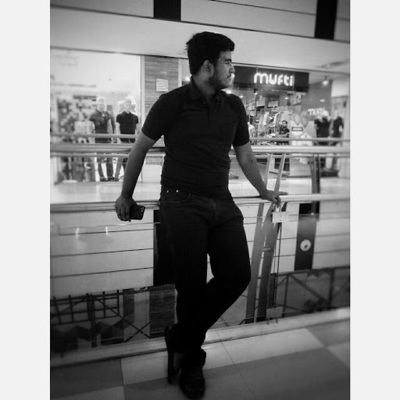 I have to say, I never expected that ending..... It was definitely exciting to read on and on. I'm actually hoping for more such content from you.

Thanks for giving this a read. Will be back with more. 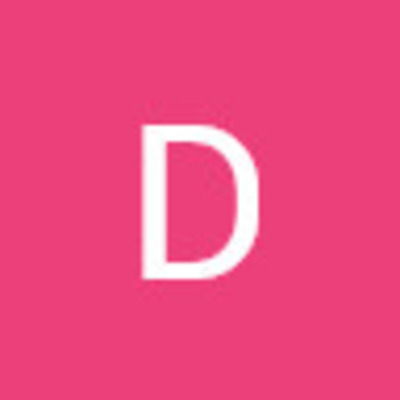 Wow! It is an amazing story with a end that I never expected! Waiting for more stories? Would you mind reading my story ‘The Secret Behind The Name’ ? 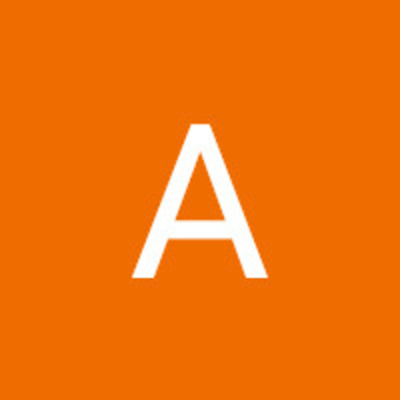 Wow! Avirupa, good job... I couldn't even leave out a single sentence from your story. You managed to keep me glued.. hahaha :-) The ending was something i did not expect. Keep on writing!

Hey, great story! The ending really got me. The tenses changed a little bit here and there, but otherwise, really well-written. Keep writing! Also, please do check out my stories if you have the time. Thanks and good luck!

Wow!!!!!! Lovely story. Nice ending. Well written. Waiting for more of yours....... Would you mind reading my story "The secret of power?"

The ending is superb. It explains why the best friend reacts so negatively. Your writing is fairly smooth, but you shift back and forth between present and past tense. You also shift between 1st and 2nd person. You need to be consistent or it can confuse the reader. Every time they have to reread a line, you have another chance to lose them. The opening paragraph needs to be reworked. It is too long, so break it into several paragraphs. Start a new paragraph after, "... less loved by the vast sky." And another new paragraph after, ".....

Thanks for your suggestions . I will surely work on those points.

Your writing was very good, you draw people to your character.

Thanks a lot! This was my first short story in many years.

I must say, the way you made me engaged with the story was beyond my anticipation. I really loved the story very much. Its true, life has so much in store for everyone and there's nothing better than to have someone who loves you and knows all your strengths and weaknessess. The story is beautifully written. Kudos to you! Would you mind checking my story 'into the oblivion'? I'd be much obliged. Keep writing avirupa. Bhalo thako! Stay safe.

Thank you for giving my story a read! I will surely read yours and am sure that I will love it!

The twist at the end is perfect, the story line is really great. Hope to see more of your writing

Thanks a lot for liking my work. Will be back with more. 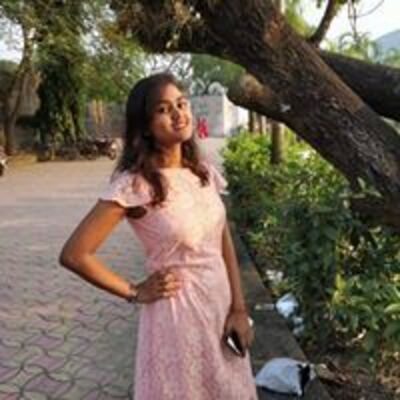 Loved it. Loved the way you described the sky, and the ending is...❤❤❤ It's just a start, so, keep improving. 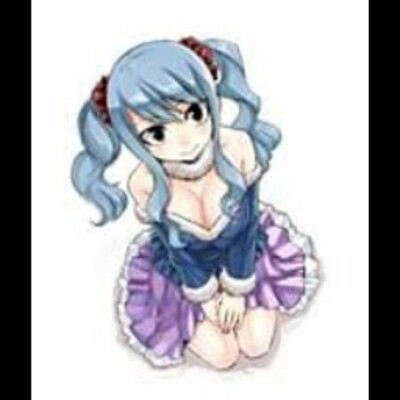 This story has such a beautiful ending. It makes you look at the world very differently and understand the problems some people might face. Kudos to you for writing this.

Thanks a lot for reading it! 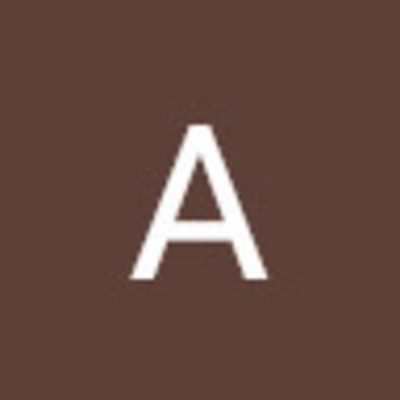 That was fantastic. Loved the story and the ending. Keep on going. All the best wishes and love from your class 10 batch-mate Abhradeep 😇💕 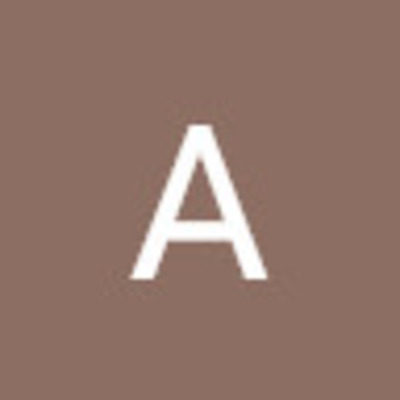 I'd say you can still improve on your sentences but the last line was terrific. That line just gave a big blow!

I will be back with improved stories soon.