Sigrid stepped out of her car and onto the parking space. She breathed in through her nose, silently rejoicing at the familiar scent of jasmine and cedar. Motioning the driver to remain in the vehicle, she heard the clicking of her boots against the concrete. If she remembered correctly… there was the curb, and respectively the sidewalk. She followed the sidewalk to the right, hearing the melodic voices of nearby birds--probably thrushes--and rustling in a cluster of bushes. The hot summer sun beat down on her forehead and eyelids, and she gently brushed a strand of hair away from her face.

Extending an arm in front of her, Sigrid felt for the brick pillar she knew was coming up. In a few moments she felt rought cement and mortar, slightly crumbling from age. A soft smile made its way to her lips. Running her hand along the stone, she positioned herself at the side and pressed her arm against it. This was something she would often do with her friends; wonder at the way their arms would lift up after removing the pressure.

Sigrid sqeezed her eyelids shut and tried to remember the way it looked from here. The sidelwalk was a very light grey, perfectly groomed and molded. The parking lot to her right was jet black, with the far curbs painted yellow. The bricks in the pillars, she recalled, were different shades of that potted red. Bright green sections of grass offered a relexed aura while beeing watered by sprinklers under the small thicket of cedar, blackberry, and evergreen huckleberries. The building was a boring beige, but it wasn’t supposed to be anything especially magnificent; just an old church. But that old church held so much meaning for her!

Although her eyes could no longer see, her mind beheld images that she could never forget. Sigrid stepped cautiously along the sidewalk, now feeling the outer wall to her left for the doors. She wrapped her fingers around the cool metal, and tugged just slightly to test the lock. With ease the door swung open, and into the lobby she walked. The heels of her boots were louder now against the tile.

Wondering if there still was the same furniture here as there was then, Sigrid felt for the stands, the tables, the shelves and bins, finding them all intact. She carefully walked to the wall she knew held the security system and listened.

She frowned. The church was city-owned now, and by some miracle the congregation could still meet. But an instant worry festered in Sigrid’s heart; a worry for that place of worship. If there was no lock, nothing to keep it safe, what would become of it? So many people had lived their lives there. So many people had come and gone through those doors, Sunday, Tuesday, Wednesday, Saturday. People had given money for that building, and the building gave back to the people. But more importantly, that was where the people had gone for support, where they prayed with each other to God.

But I’m forgetting something.

Of course! It wasn’t the magazines, the old coloring pages, the pamphlets or even just the prayers that made that place stick in Sigrid’s heart; it was God. All her life Sigrid had been told that the church was a people, not a place. But since she lost her mother to skin cancer, her dad to a heart attack, and her sight to some unidentified fever, she had put Him behind her. Even if He was real, alive, the Creator of everything, there was no way He loved her or her family. If that wasn’t true, then how could He love anyone else? How did He not just do the things He did, those great incredible feats in the Bible, just to show His own power? He was selfish!

Sigrid thought back to an apologetics class she had, the time when the pastor spoke about God’s character, the way He was inherently good. But if He was inherently good, how could He let that happen? And how did she know He didn’t just make it happen? What good was there in following someone who didn’t give a care whether people lived or died and said He did?

But He said so. It sounds so much like truth… and what I am living sounds so dead compared. What about everything I learned, everything I knew to be true? What about the time I heard his voice? It’s too true to not be, and I’ve just been pushing it back.

Sigrid shook her head and entered the sanctuary. This was where they would gather the most, week in, week out, year after year after year. This never changed. She didn’t want it to change. She walked along each wall, feeling the number by each door, reading what there was to be read in brail. She didn’t want to fight that battle again, and something told her she would lose or surrender. That’s how it went every time, and every step she took away from Him became more and more tiring.

Little pictures of her and three of her friends raced through the endless rows of chairs.

She watched as they laughed and panted after each other, sprinting in and out of classrooms, through this ‘secret’ door and that. She heard the voice of Mrs. Miraz chastising the red little figures for running in the house of the Lord. She was always too strict about that, never even seemed to like having other people in ‘her church.’

Maybe she didn’t get the whole ‘the Holy Spirit lives in your heart’ thing either. Real Christians don’t act like that.

The small group of children raised up their chorus of ‘yes’ms’ and scurried through the lobby again. Sigrid turned to the side. Two figures, one small and brunette, the other tall and blonde. The brunette was blushing fearfully, and smiling much too widely. Sigrid remebered curling her hair specifically that day; with how long it was then, it took nearly an hour. She remembered Evan, too. The way he always talked about the wonderful things in the world. He always spoke about Jesus, too. His eyes shone whenever he did. Sigrid realized that was the reason she left him--and the church. He was so passionate about that faith, but, oh, such a perfect guy--whatever she wanted to call their relationship. After she had left, he texted her twice a week asking why she had done it, and whatever did he do wrong?

Nothing. He never did me any wrong. Actually, if I’m being honest with myself, he’s the one who’s loved me most other than my parents. How could I do that to him?! I was so confused, and I don’t have any more of it figured out now.

Sigrid heard their voices mingle in one of the classrooms before a burst of laughter. Her stomach turned. Even if they met again, he was probably married. Fifteen years later, with a smile like his, and that hair…

No, so many people went out of her life when she made that choice--including him.

And his potential wife and children… He always wanted those. Two little girls that had their mother’s eyes and his smile.

Her throat tightened and resisted that surge of jealousy. He talked like he would marry her. In fact, they probably would have ended up that way if she hadn’t left when she was seventeen. Not quite an adult yet. That gave her parents more of an edge. And she had laughed at it, thrown all regret out the window. It wasn’t even like she could know if Evan was married or not; social media, texts, the lot of it; they weren’t an option after that fever. Besides, if he’d known what she had done, the tattoos she had gotten, the men she’d slept with, would he welcome her back, even as a sister?

You know he would. Because he has that love of Jesus in him that is so frustrating! But he would welcome you back, Sigrid. He’d give you everything in his power to give, save maybe that one place you once occupied in his heart.

Because it was love. Love at sixteen, seventeen. Love that was too much for her to keep up with, and love that she didn’t understand.

He just kept giving and giving. So did Riley and Pastor Pete and Sandra. Mom and Dad. They all had it, they knew what it meant to be a Christian.

She shook her head and quickly slammed her hand into the wall beside her. Pain instantly rang throughout her wrist and up her arm, letting loose the stubborn tears from beneath the eyes that would never see again.

But I do see. I see how stupid I was, how foolish and horribly I behaved. I see how I pushed everyone that cheered me on, out. I see how they stood there as long as they could with their arms open wide. And I see where that has put me.

Sigrid’s body shook with sobs, and she collapsed onto a chair at the end of the row, clinging to the back. What years she had wasted, and how hopeless it seemed. With tears still heating her cheeks, Sigrid slowly lifted her head. Hanging on the opposite wall, she knew, hung a canvas sign with Isaiah 43:18, 19. She knew it by heart. She knew it told her to remember the things of old, how God would always make a way. And then in that moment, she knew what she had to do, now that she could see again. 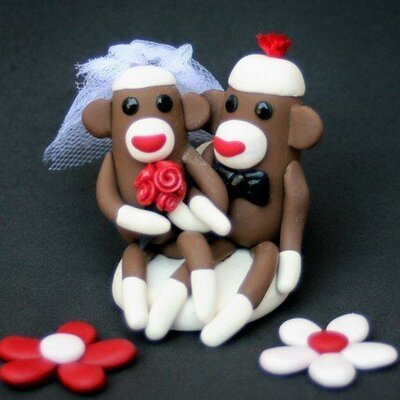 I liked that that you brought in a lot of the struggles that ppl have when things go horribly wrong on their life. They are honest questions.

Thank you, Teresita. I tried to bring in a few questions I would ask—have asked—if I were in a similar situation. Sigrid’s resolve seemed a little too quickly earned, and not quite justified though. So I’m going to try and make it a little more realistic ;)

Thank you, Teresita. I tried to bring in a few questions I would ask—have asked—if I were in a similar situation. Sigrid’s resolve seemed a little too quickly earned, and not quite justified though. So I’m going to try and make it a little more realistic ;)

I love the inclusion of the bible verse (and the fact the story revolves around the character's relationship with God!) Would you mind checking my recent story out, "A Very, Very Dark Green"? Thank you!

I am so thrilled to find other Christians on here!! Thank you, Deborah, and I will definitely check out your story :)

Hi there, Thank you for sharing this story. It is heart-warming and holds a wonderful message. I, too, believe that God always makes a way. Telling the tale from the perspective blind person was inspired and I think you did well. Just be careful of 'over writing.' There were many typos within the story - something that can be taken care of with a thorough edit. KEEP WRITING, ~mp~

Hey Mustang! I am so glad you liked it. I will definitely edit next time—that’s what happens when you write on the road haha. Thank you for your encouragement!