The Past Pulled Forward

“When do you want to go in?” Mark asked.

Zane peered through the gloom at their target.

“In a few minutes. Let it get darker. Check our gear.”

Zane looked at his younger brother. “You ever been back?”

“Not since we moved. What, ten years ago?”

“I wouldn’t know it. They changed everything.” Zane nodded. “They ripped out the old house… all the apple trees.”

“Took it all down to the dirt. What were they thinking?”

“That’s why we need to do this now, before all the markers are gone…. Who knows what else they’ve planned? Walls with razor wire on top? That’s the old Poplar.”

“Hope so. It looks old enough. It’s the only tree left.”

They crossed the road to the old property where they’d spent their childhood.

“Douse the light. The moon is up.”

They walked to the Poplar tree and tried to find their bearings in the dark.

“Hard to believe we used to dig dirt forts here. Remember the plum war we had?”

Zane gestured and whispered. “That storm blew the tree down. Keep quiet now. We don’t want to get caught.”

Zane pointed and started toward the corner of the property.

Mark pulled on his elbow. “Where’s the hedge? It used to be…”

“That was the reference point.”

“I loved those raspberries.”

Zane stopped at the street sign. There was no sidewalk.

“This hasn’t gotten ripped out. Give me the light.”

Mark handed the flashlight to Zane who examined the map.

“Okay, let’s go.” Zane counted off long strides toward the tree. Then he stopped.

“We have to guesstimate.”

“The map is accurate, Zane.”

“Sure it is. Only our starting marker is gone and the measure is in eight-year-old kid steps, not adult steps. Any ideas?”

Zane looked at him. His disgust was easy to see even in the dim light.

“Because you were shorter? Add one-third?”

Zane swore under his breath. They returned to the street sign.

“How many steps do I add/subtract?”

Mark peered into the darkness. He adjusted his stance while sighting toward the tree down his arm and off his up-turned thumb. He came back to Zane.

“Thirteen? Of my steps or eight-year-old steps?”

Zane counted steps and stopped. Mark thrust the shovel into the ground.

The digging was easy but bore no results. Zane called a pause.

Mark walked toward the tree, stumbled and fell on his face. Zane ran to help him up.

Retracing his steps they discovered a stump.

“This was the old Poplar. Stand here and act like a tree.” He paused. “Don’t leave. I’ll be right back.”

Zane returned to the street sign and sighted on Mark. He walked out his paces. He scratched an X in the ground with his heel. Mark brought the shovel.

Mark got to work. Zane checked the time and looked at the house. This had taken way too long.

Zane and Mark knelt at the hole. Mark pulled out an ancient, milky plastic container.

Mark took the bag and Zane carried the shovel to the car. They got in and eased the doors shut. Zane revved the engine and pulled away.

“Whooie! We did it, bro!” Mark rummaged through the container.

“Hold off, Mark. I don’t want to lose anything.”

“What are you looking for, anyway?”

“This Tupperware holds up, man. It hardly leaked.”

“Mom about had a cow when she couldn’t find that thing. I hoped she wouldn’t ask you. You were always a terrible liar.”

“Who would think it would last a decade under-ground? Rain and cold? Man! They should make coffins out of this stuff.”

Zane looked at his brother. They laughed about that all the way back to Zane’s apartment.

“Look at this!” Mark held up a Mech Warrior and directed its laser weapon at Zane. “Phew! Phew! Rat-tat-tat-tat… Gotcha! You didn’t have a chance.”

“Give me a full inventory. I need something.”

“Cool! I forgot these.” Mark held up some plastic army men. “There’s a ton of stuff here.”

Zane examined the empty Tupperware container. He looked at Mark.

“All that was worth anything. The rest is trash.”

“In the trash. Where else?”

“I said I want to see everything.”

Zane rummaged through the garbage and pulled out a yellowed sports page a dozen years old. It crumbled into fragments.

The fabric of a couple beanie babies barely held together. He sifted through the dust, stuffing and bits of fabric. A wooden matchbox fell to the floor and bounced under the sink.

Zane retrieved the matchbox and pushed the little drawer open. His eyes lit up. He grinned at Mark.

Kirsten sat across from Zane in an intimate alcove of their favorite restaurant. Her eyes glistened in the candle light. The dessert plates lay to the side. Their coffees had cooled.

She looked around. “I love this place.”

“We should come here more often.”

“But we want it to stay special.”

“The other day I thought about when we first met. You and Mark were in the same class. You wanted me to push you on the swing.”

“First grade. You remember that?” Zane nodded. “Did you remember you wouldn’t give me a push? You tried to teach me how to swing by myself?”

Zane laughed. “I didn’t want you to be dependent on the kindness of strangers.”

“And you were a silly little girl.”

“Of course. Just like I was a silly little boy. You were what, eight?”

“Six. You were eight. You haven’t changed a bit.”

She nudged his arm. They laughed.

Kirsten said, “You broke all the social protocols, befriending someone two years younger. And a girl!.”

“You captured my heart. I was smitten.”

Kirsten laughed out loud. “Smitten! What a word.”

“You and me and Mark spent every summer’s day together.”

“Except when you were digging holes in the yard.”

“You asked me to marry you.”

“And you said to wait until we’re older.”

“And then you moved away. I thought you were gone forever.”

“But I found you again. I wasn’t that far. A short bus ride.”

She took his hand. “We’ve known each other our whole lives, haven’t we?”

“That’s the plan.” Zane put a matchbox on the table and nudged it toward Kirsten.

“My Dad gave it to me when my Grandmother died.”

Kirsten got serious and stared at the little box.

“I remember her. She told us about hunting deer. Convincing them to unzip their coats and unbuttoning their antlers.”

“She was a character.”

They looked at the box.

“When Dad gave it to me, I put it in a safe place until the right time.”

Kirsten looked at Zane with rising emotion. She couldn’t believe it.

Zane nudged it again. “Open it.”

She slid the box open and saw the antique ring with four little diamonds in a classic setting. Kirsten couldn’t speak.

“How many times do I have to ask you? Will you marry me, Kirsten?”

Laughing and crying, she wrapped her arms around Zane’s neck. Grinning, he pulled away and held her by the shoulders.

He slipped the ring onto her finger and then they laughed some more.

I felt theIr youth. I felt Their enthusiasm. It is fab to make the reader feel not just read! 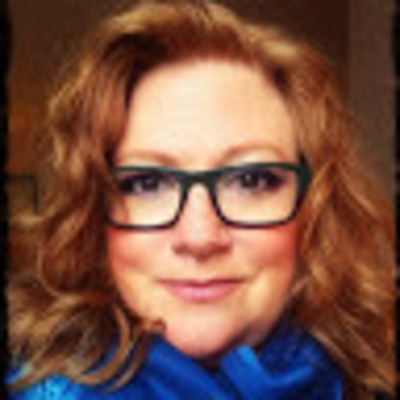 Great job! I love the name ‘Zane’. ~Aerin! (Oh, and would you mind checking out my story ‘Rebel Prince’? Thanks!)

Hi there, I loved this story. I was pretty sure it was a ring in the matchbox. It is always lovely when a man takes the time to come up with a good way to propose. Good luck, ~MP~