She let her white lace veil fall delicately over her greasy jet black hair. She stared at herself in the mirror, looking into her own eyes. Instead of the excitable, love-filled, big eyes a bride usually had adorned, her eyes were a pale brown, squinting in the weight of their own sorrow and trying not to let a cascade of salty tears pass.

She stepped into a new wedding dress, very conservative and quiet. It wasn't made to be looked at, but instead just to check 'wedding dress' off of the to-do list. Only a year before she had put on a louder, wilder, more beautiful dress on. It was long and very expressive. She had gotten herself to wear the veil, but she would never even think about re-using the dress that was meant for one man alone.

Not that she could fit in it anyways.

She rubbed her stomach that seemed like it would be ready to burst any day now. She was miserable under the weight of this baby, the baby that belonged to her last husband.

That was the reason for this marriage. After her last husband died she had found out she was pregnant and knew she needed support for this baby and herself. She could have gotten along without a man at her side by herself, but with a child on the way-never in a million years.

Call her a weak one, instead she made the strongest decision possible, to try to force her broken heart back together in hasty marriage.

Her husband's single brother had offered to marry her. It wasn't a romantic proposal or some life-long satisfaction, it was an offer, not out of love but out of duty. Out of pity.

She had replied 'yes' with a straight face. She ran away back to her home, her bed she had shared with her husband for only three months, and wept into his pillow. Wept to him, asked him to forgive her. She felt like she was betraying him, and she wasn't at all happy or hopeful, even though she knew this is what he would've wanted.

Moving out of her old house of memories and never-to-be-forgotten love, she moved in with her parents and silently prepared for the wedding. One by one she checked things off of a list, until only the day itself was needed.

Then she found herself forcing on a maternity wedding dress, with the baby's due date the next day. Her hair twisted in a bun to get it out of her crying eyes, no makeup on for fear it would smudge.

She was going to have two weddings in little over a year, was that a world record? Surely not.

Every step and every moment was a reminder of that day a year ago. Her hair had never been touched then, no highlights or dyes, not even a haircut. It had lightly touched the floor. It was pointed towards the core of her innocence and true joy.

Now her hair was cropped to her shoulders, it had been bleached and dyed brown. It was edgy and harsh.

A year ago she had worn light amounts of blush and eye shadow, enhancing her beauty, not masking it. She had had a bouquet of sunflowers and daisies, all the bright and joyful flowers that make you smile.

Now she wore no makeup, and had a single thorny rose in her hand. Only her mother, father, sister, sister-in-law, and niece were coming. Last year the church had been packed, people standing outside and in the back. Rushing for places to sit, it had been a happy event not a forced one.

As she walked down the aisle with her father by her side a single tear slipped down and landed on the red carpet beneath her. That was all she promised herself she would cry, she would only produce a single tear, no more.

Instead of seeing her muscular, large, and rough-handsome brother-in-law and soon to be husband standing by the alter nervously, she saw her short, thin-as-a-rail, blonde and blue eyed fiancé.

She knew he was suffering from numerous health problems, that was why he was so small in comparison to the rest of his family. She had pictured him as the old version of Captain America, his whole life leading up to the point where he would become the bigger more handsome version of himself. She didn't really care if that day ever came, she just wanted his kind, caring and sweet personality to be hers.

And it did, he did. Until he was diagnosed with cancer, then he seemed to belong to the disease itself. He already suffered from lung diseases, a heart disease, genetic disorders, hearing loss and more. The doctor gave him six months or less to live. He could've been gone within the week.

Instead of separating herself and protecting her own heart, she latched onto his. She helped him, cared for him, loved on him, put all of her energy and mind and soul and heart into him. She held his hand and sang to him as he passed on, and she could just feel him dancing in Heaven with one hundred times more strength.

Within the next week she found out she was pregnant. She then got engaged, and here she was, standing at the alter exchanging vows with a man she only knew as a brother. How could she learn to live and love and laugh again? How could she parent a child of her last husband's with a different new man? 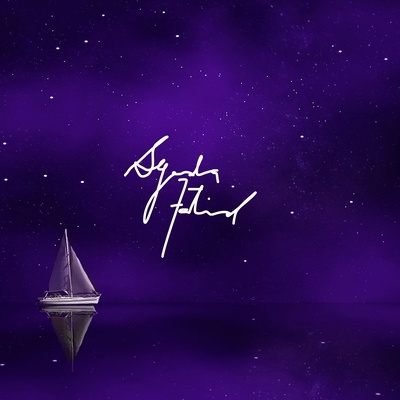 Well I was kinda scrolling randomly and my eyes couldn't just ignore this story, I paused... it came out to be so brilliant, heart touching never read a woman's miserable wedding before, it's tearful and loving!

Aww, that means so much Syeda! I wanted it to be unique but relatable in odd ways. Your reaction is more than I could have hoped for! Thanks for reading!

Wow, you have a great talent in writing, Rose! I can't imagine how I would have been writing this if I did it. Beautifully done. Please check on my subscription I made and please make a comment so that I can fix it more from your feedbacks! (P.S. I am also new so there is only one story)

Aww, thanks so much Suzie! I love getting wonderful comments from people who take time out of their busy days to read MY work! (that baffles me!) Thanks so much and I will read your stories and make sure that worked thanks!

Realistic and could be relatable for some readers of particular cultures like my own. You brought out emotions really well. Your flow of words and ideas worked really well. I have taken a few notes here and there. It would be really delightful if you took a look at just one of my stories Rose. You are a great writer and it's awesome learning from you. I loved this.

Oh, thank you so much Grace! That means so much to me! I will most definitely read one of your stories. :) -Rose

Oh this was so sad but realistic at the same time. Beautifully written. I really loved it Rose!

Thanks so much, Roshna!

The bride's emotions were portrayed really well in this story. I thoroughly enjoyed reading it! Would you mind checking my recent story out, "Red, Blue, White?" Thank you!

Thank you Deborah! Of course I will read it.