What The Heavens Say

“Mama, I see it!” Sierra’s small voice cried across the moonlit yard. Mrs. Stone jogged eagerly up to her child. Leaning over, she asked in a quiet voice, “Little Sicily, what do you see?” The child’s eyes didn’t leave the sky as she whispered back in awe, “I see the scales.”

Emily Stone took a seat on the grass beside Sierra and lay down so her view of her daughter and the heavens was just perfect. Not another sound was to be heard, but the duo’s breath and the frogs in the pond beyond the hayfield. “It’s Libra, darling. See how they’re not quite even?” The girl nodded her head slowly. Mrs. Stone continued on, slowly enough that Sierra could tell her mother’s words were just drifting from her mind, but intelligently enough that she listened intently to what her mother had to say.

“There are so many stories about the stars, how they came to be. Ancient peoples thought they were the old kings of yore that went on to live as bright orbs of pure light. A children’s tale spoke of fireflies that got caught in Arachne’s web…”

“Saggitarius,” Sierra commented thoughtfully. She loved the way her mama talked about the stars. There seemed to be a mystery there, in the way her mama knew the stars. Sometimes on especially hard days, she would tell Sierra that her friends--she knew them all by name--assured her of some brightness in the wave of dark they were experiencing. Although Sierra partly knew the stories of stars were only stories, she half-wondered if when her mother died, heaven forbid, if she would be a star, too.

“When you… die, are you going to turn into a star, just like all the kings? You know them the best, just as good as the kings, I think.”

Mrs. Stone laughed softly, and the moonlight played on her young face. “You know when the Lord calls me home I’ll be in Heaven.”

Mrs. Stone hesitated. “Yes, darling. I’m going to be a star. The first one you see every night.”

That answer satisfied Sierra for the moment, and she lay down next to her mother, watching the stars. Before she drifted off into the land of dreams, she heard her mother whisper quietly, “I wonder if the stars are trying to tell us something.”

Sierra grew up slender and lovely, a perfect lady. Her mother never ceased to speak of the stars in her own quiet way, and her father remained in love with his dreamy wife and daughter. The new year rolled around, 1914, and Mrs. Stone fell ill. Influenza broke early in their town, and for weeks only Sierra’s father was allowed in the room. After each visit, Sierra noticed his appearance more haggard, his face more worn. She herself was confined to the first floor, and made a home in the spare room. The doctor and old family friend, Mr. Ellis, frequented her old room, and low conversations in the dead of night between him and Mr. Stone were not uncommon.

Not one of those conversations went unheard, for Sierra had sharp ears and a listening impulse--and the fact that she could hear everything said on the first floor from the spare room effortlessly was mostly to blame. Unfortunately, the news whispered in those conversations kept her worrying beyond sleep, forgetting her studies, and completely oblivious to everything else. Her mother, whom she had not seen with her own eyes for months, was her life.

When her father was drafted in the first world war, Sierra’s world shattered. There were many tears shed before his departure, and many more after. Mr. Ellis’s visits waned, though he would not tell Sierra anything. So she stayed alone in isolation, and only Mr. Ellis now saw her mother, once a day, in the hours that Sierra was asleep.

She missed her father’s voice creating melodies in the morning, she missed her mother’s bright laugh and whimsical tales. She missed all other company, but she told herself she was a danger to them and there was only room in her mind for the prayers she prayed for both Mama and Papa. There was no time now for the stars. At first they had escaped her mind entirely, but now she dared not look at the Heavens. When she allowed herself a little memory, the thought of the scales sunk her spirits; now she saw them as some horrible fortune teller saying that the hope of her mother’s life was dying. So there was no time, no room for her old loves, and her faith in the Lord suffered greatly.

Sierra’s days consisted of cleaning; tidying up anything that could be neatly arranged. She worked on anything that needed work in the house. The garden was at its best by February, and still blooming in July. The young damsel exhausted herself in efforts to please her mother that came from the vain fancy that she would live.

On October 22, after Mr. Ellis’s visit to Mrs. Stone, he hesitated on the steps. Wiping a cuff across his brow for what must have been the thousandth time that month, he nervously eyed Sierra. She sat slouched on the sofa, needlework in hand, garden gloves beside her. Her skin was paler than it was ten months ago, and she was, in every way, looking much older, but also much sadder. Letters from Mr. Stone had dwindled, and when the rare envelope made its way to their box, it seldom held good news. But this time Mr. Ellis could not back away from his duty, both as physician and as friend to this young, overworked maiden.

Slowly creeping up to her, he lay a gentle hand on her shoulder, and in a moment he was met with startled brown eyes. Sierra stared at him worriedly, afraid of why he might have woken her up; he had not done that before. She rose timidly from her seat, needlework falling unnoticed from her skirts, and quickly inquired of the man in front of her, “Mr. Ellis, what is it?” But all the man could do was purse his lips and motion for her to follow him up the stairs. At once Sierra complied, but not without perplexity and rapid anxiousness--she had not been here since one day ten months ago!

Mr. Ellis led on, until he reached her mother’s room and held open the door.

“Go in. She wants to see you,” his words were barely over a whisper. Sierra nodded, her brow knitting in nervous confusion.

A still figure lay on the bed, a bucket of water at her side, and a pail of reeking remains of vomit still sat expectantly on a stool near the window. The air was stuffy and smelled of sickness. Instincts urged Sierra to run, to get out of that trap. But she  stiffly approached the bed, her face white as a sheet.

“Sicily,” the figure croaked. Sierra winced. This was her mother? She was so different, so altered from the youthful sprite she knew her to be.

“Mama,” she forced. Mrs. Stone smiled softly, the light in her eyes being the only sign of what once was left. “It’s been such a long time…” The joyful eyes filled with tears, but the smile held its ground. Sierra numbly nodded.

“Mama… I’ve missed you!” She hesitantly ran to the bed, and kneeled beside her mother.

“Sicily, have you kept up with our friends? You know, since I can’t see them, you’re the only one who can talk with them now.” Tears filled Sierra’s eyes. “No, Mama, I haven’t… I haven’t looked at the stars for ten months.” This piece of information seemed a heavy blow to Emily Stone. But though the news cast a considerable shadow upon her face, she was not estranged from pain, and with one look and two words, she knew.

“I see,” she paused and glanced at Mr. Ellis behind her. “Well then, Sierra, I’m glad you are used to the idea, and I’m afraid…” she trailed, tears seizing her voice. “Sicily, Sicily, my daughter! Today is the last day!”

Then Sierra clung to her mother and wept, each of them dreading the final farewell. The day passed into darkness, and when all was well with her mother, Sierra watched her sleep. Mr. Ellis had remained faithfully at their service, and was now preparing for supper with Sierra. Not a word was spoken at that silent table, for the cloak of grief seemed to hang too thickly for casualty.

Sierra rose from her seat slowly, and paced carefully to where her mother lay. She wanted to say goodnight one last time. But when the deathly pale figure did not move, she knew that it was said ten months ago.

Staggering down the stairs, Sierra found her throat too tight and her body unwilling to cry. So she walked into Mr. Ellis’s ready embrace, and the two of them held each other, silently sobbing. Fractions of sentences were spoken, given in praise of the mother, wife, and near-sister--things that would have made Sierra’s heart soar with love and pride had they been said the previous year. But as it was, Sierra was without mother and nearly without father, and only the walls of that mourning house could hear the anguish of the grieving. Is this what the heavens said? Is this what her mother’s life was? Just mist and water, that’s here and gone? Is that the promise of Jesus, that we be thrust into his paradise without a thought of the people left here, left behind? Oh, what a gift it would be to be dead! How wonderful to be in paradise with the closest to one’s heart. Sierra pictured the stars, very clear in her memory. They did not speak of sadness; memory, yes, but not sadness. They spoke of the Hope that she had, that her mother had, and her father, in the Author of Salvation.

When she stepped away, clutching still the hand of the doctor, she leaned against the window. A cloud drifted apart in the spring breeze, and one single star could she see. Sierra smiled just a little and whispered in a rasping voice, “That’s Mama.” 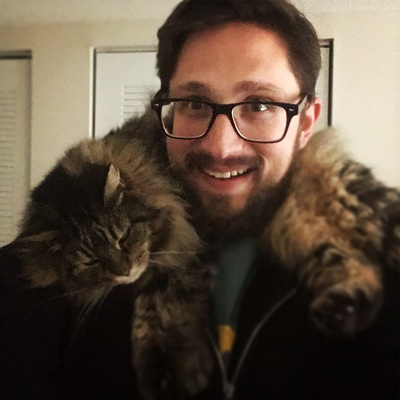 What a wonderful and sad story. You did an excellent job at painting the world and the emotions that ran throughout.