Take Me Back; Maybe I’ll Let Me Stay This Time

His name would eventually fade like old jeans. We grasp at memories, squeeze our brains until they hurt, but the details, the faces, the moments all eventually slip through our fingers like water.

But I will try, for your sake but mostly for mine, to remember.

Our parents decided to organize our “date” mostly because they thought it was adorable. “He’s like your little boyfriend,” Mom teased as she tied my sneakers. But I knew what we had was real. We held hands at recess, sat next to each other during storytime, sharing the combined goodies of my My Little Pony lunchbox and his Power Rangers one. Sometimes during free time, we would go to the reading corner and I would read to him, if the book was easy enough, or else I’d make up stories to go with the pictures. He listened just as closely regardless.

If that isn’t love, I don’t know what is.

Just as the slush of early spring succumbed to the bursting and flowering of summer, as the end of the school year (if you can consider kindergarten “school” at all) lingered just within reach, the moms found a Saturday afternoon for us. My waist-length hair tied into pigtails, wearing my favorite pink shirt, my cheeks glowed with antsy, sweaty childhood excitement as she buckled me into the carseat.

Seeing him outside of school for the first time was pleasantly strange, like a favorite toy being out of place but no less welcome because of it. I wouldn’t have noticed, then, how much bigger his house was than my own, or the way our minivan looked particularly dinged as it sat, embarrassed, next to their three car garage. I am painfully aware of those things now, but money is only part of the background nonsense for children. What I did notice was the massive treehouse, which was immediately centered in my mind as the single coolest thing in the whole world. I would spend the next 8 months trying to convince my parents to build a treehouse in a backyard that had no trees.

Stupidity is adorable when you’re small. But it gets real old, I’ll tell you that.

But something about that treehouse sent thrills up and down my spine, birthed a warmth in my stomach that spread outwards like honey in my veins, an almost achey goodness. I would chase that feeling, long after this day, never quite able to put it into words. I don’t think I ever will; by the time I’ve found them — the words, I mean — I’ll have forgotten the feeling entirely, and it’ll be lost like everything eventually is.

I found easier ways of releasing dopamine, later in life. But its humbling to remember that, at one time, there was only marshmallows, the Hannah Montana theme song, and treehouses.

His mom had made us sandwiches, which she’d passed up through the trapdoor as soon as our gangly little limbs had carried us up there. They had cucumbers in them — not just cucumbers, of course, but everything else must have been ordinary enough to forget — and toothpicks to hold it all together. I wasn’t quite sure what to do with either, so I left both in and tried my best to eat around them. Needless to say, I didn’t get much sandwich.

It felt like being inside a toybox, being up there. Not only was there the novelty of being in a secret little hideout, way up above the adults, but there were all sorts of goodies; sleeping bags, puzzles, action figures, stuffed animals, books. He found one of each that he thought I would like best, and offered them to me. I hold them to my chest. I breathe them in.

I’m sure we played. Knowing my old play habits, I have no doubt that House was the first thing we did. He was the dad and I was the mom and all of the little stuffed animals were our babies. Then maybe there was Doctor, when we could care for each of the little animals. We were children trying to be adults, who would one day become adults wishing they could be children again.

The details are fuzzy and raggedy like an old blanket. I don’t know how much of this I’m making up, truly. Probably most of it. But who’s really going to notice? Me? Him? You?

Indulge me. You can allow me just a bit of happy fiction, can’t you? I promise, we’ll get back to the world soon. Just a bit longer.

The air was stuffy and hot up there. I was grateful for my pigtails, keeping my curtain of hair off my neck. But then, kids aren’t squeamish about a little sweat.

What else, what else…

He must have had a dog, because I heard the barking from down below as squirrels chittered back angrily.

He wanted to build a fort out of the chairs and the sleeping bags, but I reminded him that treehouses are basically already forts, so a fort inside of a fort wouldn’t make much sense. Fort-ception.

There can’t have been that much to do, but somehow I don’t remember ever being bored. Every minute was as fulfilling as the last, each laugh as gasping and honest as the one before.

And then, as we sat on the floor and breathed while the leaves tickled the walls, he leaned forward in a jerky motion and kissed me, the shadow of a sandwich crumb mustache still on his face. Really, he touched our faces together, the lips included almost as an afterthought. But my heart still hammered and my fingers shook. I recognized it as something that people did but that we were not supposed to do, and so that made it the absolute most exciting thing to be doing. I gave it another shot myself.

He’d had better aim. But it still did the job.

He grinned at me like a doofus and I couldn’t help but giggle. It was no different than whispering curse words to each other on the soccer field at recess, or taking an extra muffin at snacktime, or cutting locks of our hair with safety scissors. And yet it’s what I think about the most.

We soon heard a persistent tapping against the wooden walls: the rain, knocking like the future. It is time now. You must come out. We obliged it. We were certain that this was only one of many “many”s: many summer rainfalls, many treehouse weekends, many secret clumsy kisses. Childhood is counting up to instead of counting down.

The rain was impatient (and so too, no doubt, were our parents) and we quickly realized that, among all of the boxes and tables and knick knacks in his treehouse, there was not a single umbrella. We giggled with mock dismay at the prospect of venturing out into the wilderness.

But I was wearing my favorite pink shirt and my hair in pigtails. So he opened the trapdoor, vanished through the hold, and returned dripping wet with pair of umbrellas hooked in the crook of his elbow.

And they say chivalry is dead.

Sometimes I think back in time to myself NO. Don’t leave. Just stay up there with him, the boy who doesn’t have a name or a face or eyes or a laugh anymore. Never leave. You won’t miss much, down on the ground. The adults are not as fun as they pretend to be, certainly not as fun as you pretend they are.

But past-Me doesn’t listen. I never was very obedient.

The rain rushed our goodbyes to the point of rudeness, and I was buckled into my carseat in record time. I fell asleep on the way home, woke up in my own bed like magic.

We must have seen each other at school, after that, at least until the end of kindergarten, at which point we went to different primary schools and the rest is history. But I can’t seem to remember them.

I wish I could make up a name for him, you know? To put myself at rest. I seem to have no trouble coming up with the rest of story, which has no doubt received just as much memory wear-and-tear in the years and years since that date.

But my mind refuses to let me patch in his name. It seems to know that his name was a sacred thing and, having lost it, I don’t deserve to have it back.

I wish you could choose the things you forget. There are so many things I wish I could turn to dust, obliterate entirely. But those get to stay and somehow he doesn’t, and that reminds me that it isn’t just the world that’s unfair. 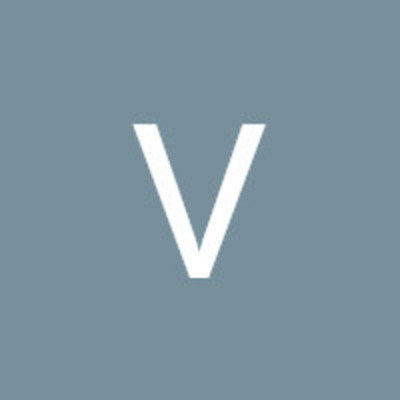 I loved your story Natalie. I felt as if I was actually in the treehouse. Because of your vivid descriptions I could feel the fun you were having and see and hear the rain. I enjoyed the paragraph about the sandwiches and eating around the toothpicks - funny! And then at the end of the story I felt the girls sadness at not remembering so much about that time in her life. Well done.

Thank you so much Valerie!