Fight For The One 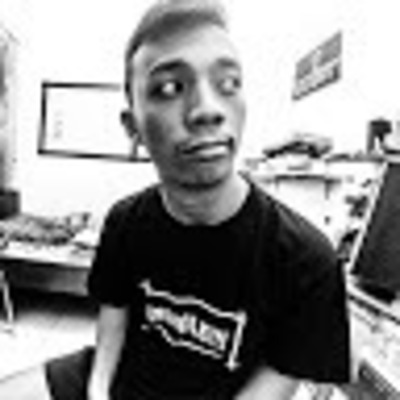 No one doubts the fame of Dave on campus, he is very famous. Thanks to his achievements in the field of football, he managed to become a campus idol, even lecturers to gardeners know the traces of his achievement. It's also certain, Dave gets a lot of female fans, despite his achievements that always bring champions to his campus, he's also academically savvy, which makes him even more popular and loved by many women. One sad thing about him, his fame among women did not make him able to open his heart again after Stefi, his ex-girlfriend, chose to leave him. Sadly, three years had to do with stefi and had to separate. Dave's days for six months after parting with stefi only overwhelmed by the emptiness, fame and all the praise he received could not be a solace. Yet in his heart he really wanted to open his heart again for someone new. It is not known who the figure of the woman is capable of being an angel savior of a campus idol.

As in previous years, the campus anniversary was the most anticipated event for all students. Events that are always used as an event show the existence of every student. However, this did not happen to Dave, he felt that this event was truly empty and almost meaningless. He felt alone in a crowd, not infrequently close friends invited to look for a woman who could be invited to dance, again Dave refused. Finally Dave decided to just sit near the cold drink stand while enjoying the campus birthday celebration. Being absorbed in enjoying the show, Dave suddenly pensive and silent. Naturally, he saw Stefi dancing with his new partner. Dave just sat there can not do anything, it's about time he gave up Stefi Together with others and he must realize the highest level of love is to let go. In the middle of his reverie a woman called him softly suddenly made him surprised to respond to her.

"Hi Dave, what are you doing here?" While patting Dave's shoulder.

"Nothing, I just enjoy the program from here. Why are you even here and not dancing? " Dave answered kindly.

"Some men asked me to dance, but I refused." Reply to the woman.

"Ummm, If so, will you dance with me?" Bring Dave to shame.

"Of course ! With pleasure."

What made Dave dare to invite her to dance. Yups, the woman named Jasmine, the figure of a woman in her past. Dave tightly took Jasmine's hand to be carried to the dance floor. The two of them danced as if there was a deep bond between the two, the way they looked at each other, the way they held each other, it seemed that their relationship was impossible if it only happened for one or three months. Dance music, which gradually decreases, makes the atmosphere more calm and romantic. At that moment Dave began to open the conversation.

"How are you ? After three years? " Dave started talking.

"You can see for yourself right? Doesn't look better than usual. " Jasmine slightly explained the face.

"This year is entering our last year of college, time doesn't seem to be so fast going by," Dave tried to provoke a deeper conversation.

"During the three years of college, we can only greet each other and smile. Because we a re aware, there is a heart that must be guarded. " Jasmine looked into Dave's eyes.

"Then who is our heart for now? If time could return to the time when, I did not give up so easily, did not just give up. Maybe until now, I can still stroke your hair, kiss your forehead and hug you this tight. " Dave returned Jasmine's gaze sharper, an honest expression from the heart.

"I'm sorry, if I hadn't responded to Jack maybe there wouldn't have been such a thing. Know one thing Dave ... "Jasmine wasn't finished yet, suddenly the lights inside the campus hall went out, instantly silent and pitch black. Their hugs are getting tighter, their breath rustling, unconsciously they kiss each other between the darkness and silence of the atmosphere. Their kisses make the memories of the past reopen, the dead memories revived, the love that once existed slowly rose again. Memories that both of them might regret.

Since first year in high school Dave kept feelings for Jasmine. Dave has saved his feelings for two years, let alone to reveal that to start a conversation with Jasmine feels unable. Naturally, if Dave really craved Jasmine, one school admitted that Jasmine was the belle of the school. Who is the man who does not want to get the heart of a Jasmine? Dave was determined in his heart in his last year to be a high school student he should be able to win the heart of Jasmine, even though he actually knew all male students trying to win hearts

On one occasion Dave tried to dare to get acquainted with Jasmine. After the futsal match between classes which are held every three months. Jasmine who was sitting in the stands with her friends, made Dave's steps stopped. Seeing Dave's strange gesture, making Jack's friend Dave starting from the beginning of entering school becomes confused.

"Why do you look like a confused Dave?" Jack startled from behind.

"Hah ? No, I'm not confused. " Dave answered in surprise.

"I've known you from the beginning of school, you can't lie to me to tell the truth." Jack doesn't believe Dave's answer.

"Alright, I'll tell the truth. I really want to meet Jasmine. But seeing him being with his friends, I feel ashamed. " Finally Dave told the truth.

"What are you embarrassed Dave? Look at you, a former student council president, abundant achievements. I'm sure he also wants to meet you. Go and approach him. " Jack tries to motivate Dave.

With a pretty heavy step, Dave ventured to continue his steps to meet Jasmine. Before Dave had reached out to get acquainted, suddenly Jasmine greeted Dave first. It made Dave surprised, how could a Jasmine know Dave, even though they had never greeted each other, only limited to watching from a distance.

"Don't be modest like that Dave. Who does not know you, a reliable futsal player and captain of the school team, "answered Jasmine, convincing Dave.

"It's not too much, introduce my name Dave." Dave held out his hand to get acquainted.

"All right, my name is Jasmine. Nice to meet you." Reply Jasmine with her sweet smile.

"Jasmine, can we exchange phone numbers? I want to know you better." Dave did not like to brag to women, when he had dropped his heart to one woman, he would convey his intentions and aim to approach her.

"You may, with pleasure." Without thinking, Jamsine gave Dave his telephone number.

"Thank you, Jasmine." Thank you from Dave, who was only answered with a smile by Jasmine, ending their chat that morning.

After getting a telephone number from Jasmine, Dave increasingly daring to get acquainted further and deeper with Jasmine. Every night they exchange messages, sometimes they also video calls for joking and small talk. Dave also often sends a poem to Jasmine, in addition to a great futsal player, Dave is also good at making poetry because he is a hobby of reading literature.

If you don't have it by your side

I want to have

It had been the last three days that Dave felt that something was different from Jasmine, as if something had been hidden from him. They were rarely seen together at school, replying to messages also not as usual. Dave wondered to himself, what might be wrong with him ?, Is Jasmine really bored with him? Dave tried to find answers.

One week after Jasmine changed, Dave hasn't found the answer. Until one morning, Dave really found the answer. He saw Jasmine walking with Jack, his best friend. They looked very close even though they both didn't know each other at that time. Dave did not stay silent, he confronted those who were walking casually on the school grounds. Jack and Jasmine were surprised to see Dave was in front of them, their steps stopped at once. Jasmine's face which was originally looked cheerfully turned into fear.

"What does all this mean?" Dave opened the conversation while trying to calm down.

"But you know Jack, I have long kept my feelings. You know I love Jasmine. " Dave answered a little hardened voice made Jasmine surprised to hear Dave's statement that had never been disclosed.

"Dave, it's useless just saved. All the men here want to get Jasmine, including me. So, you don't have the right to ban me. We are Dave's best friends, but I don't want to lie to my feelings. " Jack's statement certainly made Dave very surprised and hurt. Jack, who had been considered as his own brother, had the heart to snatch the desired woman.

"Well then, I can only pray for the best for you Jack. For you, Jasmine, know one thing. I love you so much." Without waiting for an answer from Jack or Jamsine, Dave left the two of them. The harsh reality that Dave must accept.

The two of them kissed off when the lights in the campus hall came back on, the silence suddenly vanished, the dance music broke again. Dave and Jasmine who were increasingly carried away in the past could only stare at each other. Until finally Jasmine continued her sentence.

The short sentence made Dave stunned and only replied with a broad smile. He hugged Jasmine again tightly, it could be felt that deep down Dave still loved Jasmine. In the end Dave realized, there is no love that is not expressed and fought for except people who love themselves too much. The fireworks party covered the sweetness of Dave and Jasmine's love story which was delayed due to love that was not expressed and fought for.

Such a sweet story Erza 🧡