Submitted for Contest #50 in response to: Write a story about a person experiencing pre-performance jitters.... view prompt 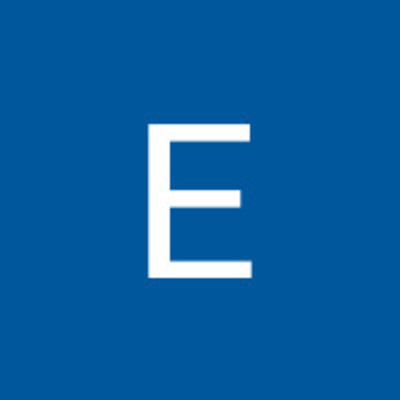 When I first saw her, I assumed that she was an anxious mirage, a type of unkind specter here to haunt my play. After all, Clarissa coming to my show, my first show, mind you, would be such an incredible cruelty to me that I was obviously skeptical about the authenticity of the person in the audience, three rows in, four from the left, reading the program.

She had moved to New Jersey, hadn’t she, to be with that big man, the one who was always wearing a rotating universe of different hats? Gun to my head, I couldn’t have picked him out of a line. I think Clarissa chose him because of his remarkable similarity to Superman, if Superman had been left in a microwave for a while. I think that also, maybe, she had chosen him - Brent, that was his name - because of his unquestionable, authentic, near-cartoonish masculinity. A real trucks and beer sort of gentleman. And I also assume that Clarissa had done this to distance herself from me, the boy she fell in love with at the age of sixteen, the one who would never reciprocate her devotion, the one she would catch in the arms of some other boy. Oh, she had been livid, hadn’t she?

I do a lot of assuming, even now.

“Malcolm?” a voice said behind me. I yelped.

It was the lights guy, another person whose name I let pass through my brain like it was made of cheesecloth.

“Sorry, man,” he said, “I just can’t read this direction on page two. Do you think you could -”

I was aware of how rude I sounded. I wasn’t even looking at him. Annalise is my agent, and she is terrifying. I would like to say that I felt bad, even for a moment, for throwing this young man to her jaws, but the truth is that I barely gave it a second thought. I was busy clinging to the curtain, gripping my fingers into the cloth while my knuckles went white. I squinted into the crowd, my eyes boring into her like a mole looking for worms, or dirt, or whatever it is they do down there. I don’t know.

Earlier today, my biggest fear had been that my father, my infinitely sweet, patient, supportive father, would show up, despite my protests. He would wince while I described in detail my first love, my HIV scare, the time that I took too much Ambien and then vomited into his bathtub and then tried to blame it on my half-brother, Tyler. He would wait until the end of the show and he would triumphantly hand me a bouquet of flowers chosen at random and with no sophistication, purchased at a flower shop on Bleecker Street. Then, he would do something like slip me a warm fifty dollar bill, hidden in his palm and placed into my open hand. I was a man in my thirties and a fifty dollar bill didn’t give me the same thrill it once did when I was say, seventeen, but there was something achingly earnest about this gesture. How could I say no?

I did not see my father in the audience. My eyesight shimmered as I stared at Clarissa, who, somehow, had supplanted my father’s seat, my sweet and ageing father, with her incredibly bizarre decision to come to my show. Clarissa was occupying a space meant for people who had never hurled a beer can from a moving vehicle, one that had married to my skull and created a half-inch gash on my scalp that hairdressers still remark upon.

I noticed, with a misplaced sense of sadness, that she had aged like milk. I noticed also that this did not make me feel vindicated at all, witnessing the abundance of evidence that maybe, Clarissa had suffered as well. She looked tired. There was no glimmer of a wedding ring, either. So much for Brent, then.

It was time. I had to go now, with her there, staring at me, greedily absorbing what I had consented to share with strangers. Where is my father? He chose this moment, finally, to listen to me, the moment I needed to be coddled. Telepathically, as I walk across the stage, I attempt to spirit my father into the theater to shield me from this woman, this woman I kissed while trying to avoid obvious truths about myself, a woman who would later, not much later, write me an email, calling me a monster, AIDS-riddled trash.

As I speak to the audience, she is making eye contact with me, decadently, without blinking. While I talk about the time that she called my father in the middle of the night to out me (he knew), she is rapt, as if I am speaking about a different person entirely, a person who is not her. But it is her. Clarissa’s face is tattooed in my brain. I only look at her occasionally, and instead force my gaze onto a middle-aged pair of men in the front row, safe and regarding me with open faces, holding hands without a second thought. I stutter briefly, while I think about them being in love, and being safe.

It is near the end now. I am exhausted. Can the audience tell? Does it make me less plausible, or more human? It is over. Clarissa got out of her seat, the exact moment that I did. I left the stage and she left the aisle. I felt sick and our tandem movements made me feel twinned to her. As I passed the curtains, I felt dizzy.

Backstage. Clarissa was backstage, in an area reserved for people who worked there, the people who I knew, people who supported me, the people who knew me and loved me. And then there was her. She stood behind a cart, her eyes darting around. In defiance of her arrival, I caught her gaze. Emerging from behind the cart, I could see now that she was wearing one of those billowy empire waist tops in a dark floral print, a cheap echo of a kimono, meant to disguise a widening middle. This also failed to make me feel better, and instead I felt cruel for even noticing. Before I could move my own feet, Clarissa stepped over and smiled at me.

I nodded, my lips a thin line.

“Well, I, you know, it’s good to see you. I was wondering if I could talk to you,” she said, fiddling with the hem on her shirt.

She stared at me, waiting for a response.

“My point is, obviously I talked to him about it, and I’ve been getting to know more about the whole, you know, gay thing, and I’ve been giving it a lot of thought, so I just came here, to, well. Look, I forgive you,” she said.

It took me a moment to parse out what she had said. Surely, she misspoke.

“You forgive me for, what exactly?” I said.

“The more I’ve been talking to Braeden, the more I realize he’s spent the last couple of years being scared and ashamed, and it made me see that like, you know, you must have felt the same way, which is why you dated me, and then let me just believe that you were straight, which hurt, but I see now why you acted like that,” she said.

I opened my mouth, then closed it. I wanted to explode at her, my voice loud enough to shatter the overhead lights. I wanted to lean in, very close, and tell her that she could go to hell. I wanted to slap her in the face.

In the end, I didn’t do either of these things. I let her words swim around in my head as I walked away without saying anything to her at all, and looked around the backstage, looking for my father. I finally did find him, circling around the dressing rooms, holding a bouquet of lilies. I had to remind him that they were meant for funerals, and his cheeks reddened, and I was instantly smacked with guilt. I suggested we go to the karaoke bar down the street. He liked to watch people perform, listening in awe in the same way he absorbed everything around him: with a simple admiration, open and loving.

Awesome! The only word I can use to describe this right now! :)

Fantastic! I love the way you write...♡♡ 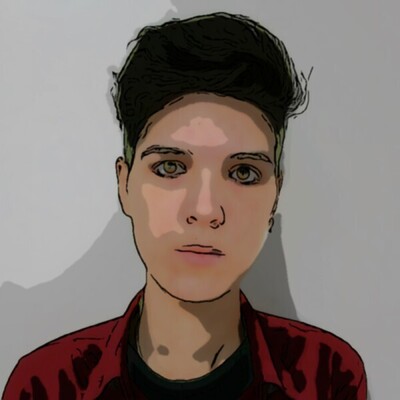 I love the voice of the story. The flow is excellent and the narrative is captivating. At first I was convinced the protagonist was female, but maybe that was just my perspective. Looking forward to your next stories.