“Be so adorable without even trying?”Miles pushed his glasses up his nose and pushed his hair out of his face. It was no use though, and his hair fell back into his eyes seconds later. He frowned.

“You did it again! Unless you did that on purpose?”

“What! What did I do, push my hair out of my face? Not that it even worked…”

“I don’t believe this….It really is effortless then.”Miles blushed and turned away.

“Seriously, what did I do?”

“I can’t explain it. Just keep doing what you’re doing. I am the luckiest girl in the world.” Miles took off his glasses. They were beginning to give him a headache. He then tried again to unsuccessfully get his hair out of his face.He gave a groan of annoyance.

“What, what’s wrong Miles?”Phoebe turned to her boyfriend, and was surprised to see him with his glasses off. She had never in their 2 years of dating seen him without the thick lens that always obscured his face.

“Nothing...It’s just my hair! It won’t get out of my face!I think I’m cutting it tomorrow”Phoebe shook her head, laughing.

“First of all, never cut your hair, it’s one of your best physical attributes. Second of all, your eyes are so….so…..”

“What, I know they probably look weird without my glasses,”Miles said, reaching to put them back on his face.

“No! They’re such a bright blue! I never noticed.”Phoebe said, putting a hand on his wrist to stop him.

“Hmmmmmm, no.”Phoebe said, and thought hard about what she should say next. “You are a literal genius, you know that?” Miles shook his head and looked through the window into the almost full moon. The glint of light only brightened his eyes.

“My turn. Your smile, your laugh, your perfect way too kind heart and the way you do everything with a purpose. Those are some of my favorite attributes of yours.”Phoebe blushed and smiled.

It was on that day that Miles knew he was going to spend the rest of his life with Phoebe.

The question was, how? He needed a ring. Perhaps a tux, and roses, she loved roses.

All the while, Phoebe fell more and more in love with Miles, loving everything about him, from the dimple in his cheek to the way he spoke, always with his hands.

Eventually he found the perfect ring. He bought it.

“Phoebe”Miles said, his voice practically shaking with his nervousness.

“Yeah?”she replied, looking up from her book. They were in a hotel room. They were sightseeing in California.

“Wanna go to that little diner at the edge of the town? That one we passed by that you said you wanted to go to?Wanna go right now?”

“Really?! Sure, I’ll go get ready!”Phoebe said, going over to the small drawers. She picked out an orange summer dress. Miles decided on a white dress shirt with his black pants. He carefully tucked the ring inside his pocket and walked out of the hotel room, holding the door open for Phoebe. They decided to walk in comfortable silence to the diner.

In his mind, Miles practiced what he would say.

They arrived about ten minutes later to the diner. It wasn’t very far. They paid for seats and sat down. Miles pushed his glasses up his nose.

Phoebe picked up one of the menus and started to read aloud to Miles.

“Okay, so, do you want the tomato soup, the chicken parmesan, the pasta, ooh that sounds good, it has a homemade pesto in it, how about we share a plate?”Miles smiled.

“Sure, whatever you want,” he said. He didn’t know if he could really eat anyway. A waiter came to collect their order.

“Hello, welcome to the Cali Style Diner, what can I get ya?”the kind woman asked, notepad and pen at the ready.

“Hi, we’d like 1 large plate of the Pesto Pasta please.”

“Ummm, Miles do you want anything?”

“Okay, so two waters, one large Pesto Pasta with two forks. It’ll probably be a ten minute wait. Someone will come to give you bread shortly.”The waiter walked away. A couple minutes later, someone came and put a basket of bread in the middle of their table.

Miles absentmindedly chewed on one while he thought. Should he wait until after they eat?

“Miles!MIles, helooooo?”Phoebe tapped Miles on the shoulder. He almost jumped.

“Oh, sorry, I was lost in thought. “Miles said. He rubbed the ring in his pocket.

“Here you go, enjoy!”a waiter said, moving aside the bread basket to put a large plate of pasta on the table.”Phoebe started eating.

“This is delicious!”she said. She looked into his eyes, blocked slightly by his glasses. Something was bothering him , she could see that.”Are those glasses giving you a headache again? I’m telling you, you have to wear contacts!”Phoebe said. Miles took his glasses off. They were giving him a headache, which wasn’t helping the butterflies in his stomach.

“You know I could never get contacts! Besides, there aren’t contacts that fit my prescription.”

“Well at least get new glasses that put less pressure on your nose.”Phoebe said, looking straight into his eyes. She was glad they weren't blocked anymore. Even though Miles took them off often now due to his headaches, she still was amazed every time at how bright of a blue his eyes were.

Miles stood up. He kneeled down on one knee. He pulled out the ring box.

“Phoebe, love of my life, will you agree to spend the rest of your life side by side me, to start a family with me, to make a million more memories with me, Phoebe, will you marry me?”tears glistened at Phoebe's cheeks. Most of the conversation going on in the diner stopped as people turned to look at the couple.

Phoebe slightly nodded and pulled Miles up. “Yes.I would love to spend the rest of my life with you. Was there ever any doubt?”Miles laughed as he daintily put the ring on Phoebe's finger.

They paid the bill and walked out of the diner, hand in hand.

I loved this! It was so nice and had a really nice feeling to it! 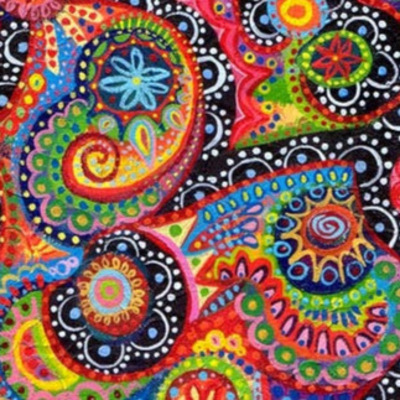 Hello! There's room for improvement regarding grammar and some and the story, but it didn't make it less enjoyable for me. It just needs more mystery or action to keep readers hooked, but it was a sweet proposal that, in a longer story, could be the end which readers have been expecting to read (I, for one, would love to read a sweet romance with this ending). Keep up the good work :) PS: Would you mind giving a look at my stories? They're far from perfect and I could use some honest critique.

It is really a nice story