Submitted for Contest #50 in response to: Write a story about an argument that seems to be about one thing, but is actually about another.... view prompt

The grandfather clock struck 8 o’clock. Dinner was still not ready. The leftover taper candles rustled out from a drawer's depths were long extinguished. Greta passed her hand over the cavern of her shrinking belly, sighing in nervous relief. Hannah, meanwhile, fretted with the napkin, peering over the maze of crystal glasses, rapidly cooling gravy boats, potato tureens, and empty placemats. She tried not to, but the voices seeping through the corridor clutched the pit of her stomach.

“That’s not how you sear chicken. Add more sour cream,” snapped their oma at her daughter, toes curled over the kitchen stool, slurping black tea out of a saucer.

“I don’t even understand why you’re asking me to make chicken, Ma. It’s Thanksgiving. Todd won’t like it.”

“Todd can go back to his wife’s for dinner, ” the oma flicked pistachio and peanut shells onto the floor, scattering skins onto the counter. “Moreover, he’s late, and I’m hungry. I don’t understand why you invited him.”

“Mother! Please,” she cringed and then, broken German, “The papers aren’t signed. I wanted it to be… normal.”

“Normal!?” HA!” Oma reeled back with a cackle, “Check the pot! Is it normal to make a pumpkin bisque for your ex? Is it normal to live with a man who spends more time shopping for his mistress’ mothers’ purses than with his own children! Pah! Tell me what’s more normal.”

The daughter clenched the curvature of the granite counter, gritting her teeth. “Mother… please!”

“Ripping me out of Bavaria for what! This?” Oma wags her talons up at the swollen ceiling, “Oh, yes! Todd wants to add on to the house! Todd wants to reconstruct the foundation! Todd wants to make a huge harem in the middle of Connecticut! Pfoo!”

The oma’s increasingly strident tones pushed into the stillness of the dining room, shredding the memories of family meals, their father drunkenly belting out Buddy Holly tunes at the top of the table. Her words wove into the gaps, dispersing the spells of hope. Hannah glanced at her twin sister, and watched her mirror image shrink before her. Greta’s face was pinched as she held back tears, settling into a misdirected conviction of strength, zapping the lustre from her golden hair. Greta could sense her sister’s prying concern and averted her bleary eyes, hanging her head to study the intricacies of the patterning on the fork. Hannah sighed once more, leg pulsating, fidgeting with the scalloped edges of the good napkins. She picked at the crumbs of the consumed bread basket.

The grandfather clock struck half past.

“There! Pah! See! Your children will be asleep at the dinner table before long!” Oma warned. She licked her chapped lips, salted from the pistachios and peanuts. Then, in hushed German, hissed “You don’t know how to take care of them. THAT’s why he’s leaving you!”

The daughter’s eyes widened and she quickly pivoted away, to turn her seething to the boiling bisque. She had brought out the large pot-- the one really only meant for spaghetti, that she had bought on sale last Black Friday under the misguided belief that she could cook her family to health. If only…. She plodded the wooden spoon into the thick pumpkin goop, listening to her mother snap shells.

“Greta- when’s the last time I’ve seen that girl smile? Pah! She used to be such a sweet girl, loved to dress up. Come near her with a new dress and she screams and runs away. Pah! Sweet as salt! And don’t get me started on Hannah… What a mess!”

The daughter turned the dial on the gas stove and watched the condensation dribble faster down the pot.

“What those girls really need is a trip to the mountains. Some fresh air. They’ll be better off away from all this nonsense.”

The daughter scraped the bottom of the pot, peeling off burned bisque, bringing it to the surface.

“When I was their age, I learned more from the forest than from any book or pfah-- documentary.”

The pumpkin bisque was rolling, bursting to the surface, gobbling itself back up, congealing.

“Mind you, the fields this time of year-- music! Oh, to hear those songs ag-”

A knock. A firm yet tentative knock.

The house froze. Hannah clutched the napkin ball in her fist, Greta, cementing her hands under her legs, and their mother letting globs of bisque plummet to the floor. Only oma, fist full of nuts, came to her senses.

“That bastard!” In one swift motion, she clambered off of the stool, grabbed her cane and shoved her daughter out of the way. “Three hours later and he still thinks he can get some food, love and attention?! I’ll show him.”

Before the daughter could protest, or even summon the mental gymnastics to do so, oma grabbed the empty pureed pumpkin can off the counter, scraped the thickest crud out of the pot, plopped it in and began hobbling down the corridor.

“Oh that’s enough out of you!” warbled oma, slowly making her way.

“You don’t understand!” She yelled, swiping her mother’s placemat clean, as she ran after her mother.

“I understand plenty! Let me show you how it’s done!”

Oma turned to her daughter, eyes twinkling. Before a word was cast, oma’s daughter released the final ingredient into the can. Oma licked her lips.

Oma’s daughter carefully removed the can from her mother’s clutch. She completed the last meter to the door on her own. The air was thick, her heart in her throat, but her steps were steady.

A knock, this time with a rattle.

Oma’s daughter flung the door open to face the smug impatience of her ex.

As she tossed the potion onto his Henley sweater, she shrieked “Rot, pig.”

Withering confusion, and then eyebrows piercing the alarm.

Oma clambered up to the threshold. “Hannah, Greta. Dinner’s ready.”

Hi Nadiya, you're an amazing author! I'm so sorry I didn't find you sooner! Amazing descriptions, and outstanding vocabulary!

Thanks, I really appreciate your kind words! I'll be sure to check out your stuff when I get the chance. Have a fantastic day!

No problem Nadiya and thanks! :)

Such captivating descriptions! I loved everything that you gave in this story, because you did a terrific job! Great, hoping to see more! PLease check out my stories too, if you get the time :)

Hi! This was so good! You can describe everything so well! I loved it! Great job! 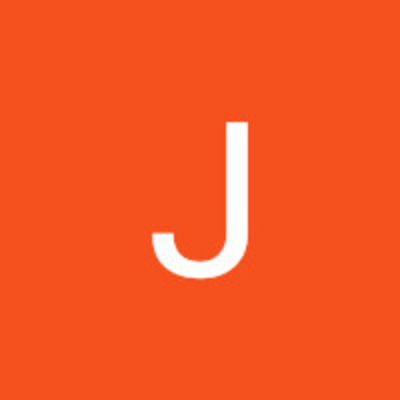 Hi Nadiya, I really enjoyed reading your story! The plot was thought out so well and the ending was so powerful - wow! I really like your writing style, it sounds to me like a combination of "old time" literature and modern sophistication. I also really enjoyed reading all of the extra details you included while the dialogue was playing out, it really added to each scene. Your descriptions were so nicely done, I could feel the tension in the air at the beginning! Overall, really nice job - you're a great writer! :)

Thanks Joanne, I smiled at your description of my style :) Thanks for brightening my day!

Nice and rambling and it made me hungry! I love your imagery and the dialogue is so darn snappy. Enjoyed very much, Nadiya! Thank you for reading my stories as well!

PAH sleep sleep can't get too worked up my beauty needs recharging nice to find a fellow absurdist :D flim flam carpet jam also don't ever let a cat mark its territory. you'll live in a haze of filth.

meow meow meow meow I'm allergic to caaaaaaats :( so that won't happen any time soon but yes, very nice to meet you and while I will sleeping soon, please do continue to read my stories and comment so I can say hi again tomorrow! Yay us for being cool people and writing words and stuff. I updated my bio...

Aww that was sweet. Thank you :)