A tree house, with many memories.

I sit next to him, on his right, my knees pulled up to my chest. I stare out into the room we sit in, the tree house we sit in. My eyelids feel heavy as they sag down, with my long, dark lashes flitting about. I still can't quite get over what happened yesterday, how the world is forever changed. How my life and everyone else's will never be quite the same after what happened. After the rebellion. The resistance.

''Hey, you okay?'' his voice pulls me back down to reality as my mind begins to wonder into a void I know I wouldn't manage to leave, to escape, on my own.

I turn, still sitting, and look up at him. Our gazes lock instantly and I find myself breathless as I stare into his wondrous eyes, his eyes that are pools of calm and strength, protection yet power - perhaps even danger, when need be. Recalling the fight yesterday, the danger we endured yesterday, I shiver.

A warm hand on my cheek makes me jump, but I soon compose myself when I realize it's just him. I half smile, then glance downwards.

''Erin?'' he prompts, his eyes searching wildly to stare into mine again. ''Hey, are you okay?'' he repeats, sounding concerned.

I glance up and meekly nod in response, well aware that he won't believe that reply while I'm behaving so differently. He puts a hand under my chin and lifts my head up slightly, so that our gazes meet again. I hold my breath when I notice how close he is to me, how his nose is barely a few centimetres from mine. How his breath is blowing warmly on my face as we stare into one another's eyes for a second or two. He quirks an eyebrow.

''I just-'' I start, then stop suddenly as I find myself struggling to stay calm. To breathe. ''I can't stop thinking about it, I can't seem to find any assurance that what happened yesterday was okay, or positive. That I didn't make a huge mistake, that everyone who rebelled didn't risk their lives for nothing, that you could've killed yourself trying to help me...''

He shakes his head slightly, ''No, Erin, don't blame yourself. It was good, everyone's lives will be a bit easier, at least, with less oppression from the Government. And if I were to take a bullet for you, I'd happily accept my fate.''

''Erin, you saved us. With the rebellion. We showed the Government and Ordering Officers that they can't hurt us anymore. We were brave and strong, because of you, Erin. You.'' he remarks, putting a hand on my cheek, while leaning forward. I close my eyes, thinking he will kiss me, but instead he leans his forehead on mine, noses touching. I breathe deeply, finding that this gesture makes me want to cry even more. The way he cares for me, understands me. His eyelashes flutter slightly, as he opens his eyes and stares into mine. He looks tired, perhaps even hollow, empty.

Flashbacks of yesterday come back in mind, loud explosions, bangs, pops. Screams, guards. Weapons. Danger. I remember being pinned down by an Ordering Officer - a second in command to The Head, the name of our president, of his oppressing government and laws. I recall closing my eyes shut, but suddenly feeling the guard's weight lessen. My eyes opened, and I found Conrad had saved me, gotten rid of the Guard.

''Conrad,'' I whisper, opening my eyes. His were still there, waiting for mine.

''Do you have memories that flood in your mind all of a sudden?''

He opens his eyes again, and nods slightly, looking down. ''But it helps, being with you, you know?''

I smile, he does too.

''Thank you.'' I murmur after long silence.

''I do.'' he pulls away and sits with his back against the wall again. I do as well. For a while, we sit there, in new found silence again, until he whispers. ''Thank you, as well. You're my support, did you know that? Erin, you saved my life.''

I duck my head and give him a shy side glance, ''Really?''

But in the silence, it all floods back, over and over. It's continuous.

People yelling, fighting. People screaming and crying. People risking their lives to end this oppression, these laws that were made just to hurt the lower-ranked social groups. The oppression that so many generations had to live through, endure. I remember that a speech was going on during the attack, that everything was televised. I recall the live broadcast ending abruptly. Loud sounds echoed in my ears, making me want to cover them and curl up into a ball. Making me want to run away. Run away from it all. From life and pain. Making me want to run away with Conrad.

But we didn't. We fought, with many, many others until we couldn't. Until the attack was over and the Ordering Officers surrendered.

Until I couldn't move anymore, I didn't want to anyhow. Until I was all bruised and bleeding, with cuts all over. Until I bumped into Conrad, who had a large bleeding gash on his arm. A gash close, very close, to an artery.

He stirs a bit on my side, and pulls up his sleeve, showing it to me. It was swollen, raw, tender. The skin around the gash was pink. ''Looks bad, huh?'' he asks.

''A bit,'' he says, stressing the word 'bit', making me believe it's still really sore.

I fall closer to him, so that my head rests on his shoulder. I hear his heart beat, his breathing, such calming sounds that ring like a lullaby in my ear. Soon I will doze off, but not peacefully. I will remember and relive everything, on and on. Like a movie on reply in my head, behind my eyes.

Wow, this story could be a YA novella, as some of the other comments mentioned. Love it!

Yay! So glad you think so! (I really want to write YA Dystopia in the future)! Thank you so much! ^.^

Very engaging piece of writing! This could turn into a piece of popular YA fiction I'm sure. You should consider letting the dialogue flow more and not tag it with descriptions so much. It makes it easier for the reader to connect with the dialogue.

Thank you so much! :-) I do love YA, so this means a lot! Will take the tip in consideration next time!

A well-written piece with a great ending. Loved it! Would you mind checking my recent story out, "Red, Blue, White?" Thank you!

Thank you very much! I'll check yours out :D

What a breathtaking, compelling piece! It made me feel warm inside! Kudos!!! I would love it if you could check out my stories too!!! XElsa

This is beautiful. And the ending, gosh. It's the best, Mara! Mind checking out my new story and sharing your views on it? Thanks.

You're welcome! I'm happy how happy my comment made u;) 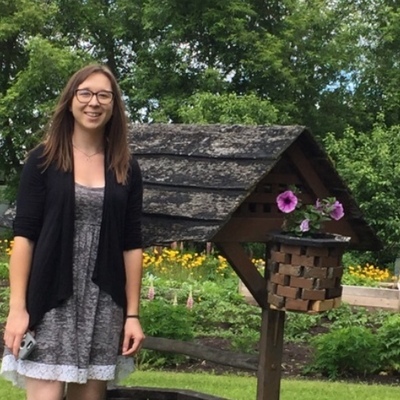 I love this, I would definitely read more YA from you! (I love dystopian YA!)

Thank you so so much! I really, really appreciate it! <3 (Sorry for the late response! ^.^)