Fight for Briem Or Fight for None

The message that materialized on my ship’s screen read⎯Onyx Blake. You have not been authorized to assemble a force to engage (this) the Briem.

I know that a council member is likely at my ship’s entrance. We won’t survive tangled in red tape. I need to depart quickly as it is, due to the enemy’s head start. But with the council en route to seize my ship I skip proper space station departure procedures. If they board my ship here I’m grounded. If they catch me halfway to the five stars I can state my plan and make my case.

My response to the council⎯I sent it on delay so it would reach them after I was long gone⎯I informed some that I worked with on previous occasions that I would need their services. Others owed me favors or they would have dismissed me. They’ve lost love for our planets. They are sick with the divisiveness flowing like a river through the galaxy that infects us all. I don’t expect to change their minds, but their skills and expertise will be helpful in our cause. And hopefully in the process...their transformation.

Others among this force are civilians...the main protest of the council... and the purpose for its visit. They’re close. I can feel it.

I know how they came to be the first contacts. But why? Why was their transport in that area precisely at the same time as the storm?  True, not out of the realm of possibility on a regular basis. The transport then loses contact with the planet for twenty-three minutes and eleven seconds. It’s in that time period a mind-altering message is relayed. What else happened in those twenty-three minutes? Is what I’d like to know. You can bet your last cirrus piece...as my grandfather used to say…that what we find is the answer to neutralizing this threat.

I witnessed the effect of the subliminal flowing through the message on the civilians or the first contacts’ mental state. It was pulling them in two different directions. Fight for Briem or Fight for None. The first contacts were instrumental in deciphering parts of the message or I wouldn’t be as far along as I am.

The council didn’t agree with my method, but they couldn’t fault my effort. I, or should I say we, had to do something and do it in a hurry. And if half the galaxy is against it then so be it. The Briem could not be allowed to rise considering their agenda. They were too dangerous especially in a time when some were trying so hard for so long to broker peace.

Minister Rior was right all along. She had been preaching for over a decade that the Nebula planets must reestablish a dialogue. And that we are beyond the point that division between us will allow an outside force to weave itself among us to conquer from within. But being a member of the council she had to adhere to regulations. And taking civilians into combat made the Nebula liable.

We have arrived at Aris, the planet closest to our suns⎯the five stars. The passenger transport was in close proximity here ending its tour of planets when it occurred. The message, we at first believed, was intercepted by the tour ship we are now sure it was sent by the Briem.

The message’s final destination we’re sure is somewhere among the Nebula planets. The transport was exactly where the Briem wanted it to be before the message went through them then further into the galaxy only to evaporate among the many moons, planets, and asteroid belts.

Minister Rior figured out the deception at the space station and caught up to my borrowed vessel.“Stop this ship,” she ordered. “I’m coming aboard.” She laid into me as soon as she stepped from her ship.” You cannot involve civilians, Onyx,” she stated repeating the council’s message. “They have no training or security clearance for this mission. Or any mission. They should be in the medical center.”

“They’ve been involved from the beginning Minister, “ I reply⎯to her dismay. She hates that I call her Minister. We grew up together. And since our graduation from university, our friendship has drifted. But time tends to do that. It’s not that we chose to let our friendship slip away it’s just that our paths went in separate directions. Our careers and extracurricular activities became a priority. We ceased to communicate.

“Hello, Minister Rior...Onyx,” I say extending my hand. Rior is her first name and I drop my rank, Captain. Which I did after I separated from the military a couple of years ago. “If not for the civilian crew there wouldn’t be a mission. The Briem’s message wasn’t exactly a declaration of war warning. It is the first shot across the bow.”

Aris is hot, yet surprisingly comfortable. There is always a comfortable breeze flowing from the water even to the inmost parts of the continent as if it is fulfilling its sole purpose. But as we approach, communication from the planet is non-existent. I guess you could say nothing’s changed. On a visit, we at least warranted a welcome. The pained look on Rior’s face shows she is experiencing the same fear I am, death on a massive scale has come to the 13 from which we may never recover.

We may never recover if we cannot get a message to the rest of the galaxy. Prepare yourself...we’ve lost Aris. It will read. We will not wait for visual confirmation. There was no jamming of communication from the space station or the planet surface. There was nothing⎯we expected the worst. Expected there would be nothing left of the desert continent.

We knew not the type of weapons or firepower the Briem possessed beyond the initial message⎯ this being our first encounter. We gathered that they waged war through mind control. The more that I and other members of our party continued to forget our name, lose track of time and commit our loyalty to the Briem, the more we understood the weapon of their warfare is brainwashing. The more we resisted the more incapacitated we would become.

Fight for Briem, or fight for none. That, we came to the conclusion, is the underlying message, the subliminal that is causing us to betray the 13 or, self-terminate.

The two physicians on the team put their differences aside when they realized failure to neutralize this weapon would cause our way of life in the Nebula to come to an end as we know it. At least at this point, we could still choose of our own free will⎯echoing the words Minister Rior spoke on several occasions in the past. If the members of our party continued to fade we would have nothing to make a stand on Aris.

The space station showed no signs of life. And Rior, I, and the others were anxious to arrive on the planet's surface. Yet we knew it would be a tactical error to not clear the station. It is in our best interest to find what the station would reveal to us. There was no response to our requests for medical equipment and medicine, “Surely station personnel haven’t given up the station willingly,” I stated.

“It seems that is the case,” Rior replies.” There’s no sign of struggle. It’s possible, like some of our crew, they’ve reached the point of fight for Briem or fight for none. I was hoping it wouldn’t come to this,” continued Rior, tying up her hair and removing her ministerial robes to reveal a pistol, two rechargeable solar batteries for her gun, a water canteen, and a knife attached to her camouflage desert uniform.

“If you tell me you still track and kill red arcin, I’ll be more impressed,” I said.

“Did so about four to five hours before I had to chase-down your ship,” she replied.

“Intelligent and extremely dangerous prey. Ever been gored by their tusks?”

“Yes sir. A day ago⎯caught me in the lower leg and tossed me a couple of feet.” she stated “I had to scramble from its path before it gored me again. On its second attempt, I plunged my knife through its ribcage. I’m sure this red arcin was the one who attacked my father after dad caught him devouring the horizon fruit.”

Of course, there was no response, at least not an immediate one but we did get confirmation the messages were sent a handful of times; enough times that if the first few weren’t complete the stations and planets could work together to piece together a complete message. We were also taking the risk that the Briem would pinpoint our location on Aris.

The element of surprise is gone now. We leave the space station quickly. The continent is enormous. It expands more than half the planet. It’s likely the Briem know we’re here, but they must still find us. We’ve been visiting Aris deserts off and on since we were ten and twelve years old. But I get the feeling some of the Briem have as well. For we’ll most likely have to oppose those missing from the space station⎯Aris inhabitants brainwashed to be Briem.

We’ll be at a disadvantage for they’ll know every ridge, every cave, every mesa a hundred times better than we do.

your style captivates the reader!!! 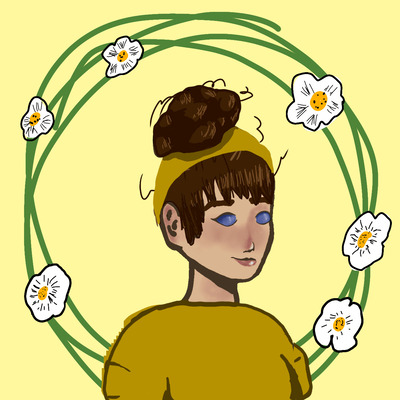 Great detail here! Your style really drew me in and let me see so much in such a short amount of time. Keep up the fantastic job!!

Wow, amazing! Oh, and would you mind checking out my story ‘Rebel Prince’? Thanks! Nice work! -Aerin

This is amazing, Elliot! If you don't mind, could you check out my new story?

Thanks Raquel. And I don't mind at all.

Really creative! I liked how you were able to pack so much into the story without it ever feeling overwhelming. Good work!

Loved the sci-fi elements in the story, Elliot! I enjoyed reading it; will there be part 3? Also, would you mind checking my recent story out, "Orange-Coloured Sky"? Thank you!

Thank you, Deborah. "Nebula" is the sci-fi novel I'm in the process of writing. There will be a chapter 3. When? I'm not sure. I'm working on it. I appreciate the opportunity to read "Orange-Coloured Sky."