The Man Who Loved Sunsets

Everyday at 5pm, Ove had walked the same street for almost six years now. His legs frolicking over the dead lilies, the packet of bread swinging in his sweaty hands, his eyes narrowing down the small green bench opposite the Central Library, where he settled down to bid adieu to the sunset.

Once he was comfortably seated, he took out his leather bound diary from his old-fashioned coat, kept it carefully beside the packet of bread, leaving enough space for one more person to sit, and patiently waited. Ove noticed that the solemn expression which people wore when they entered the library changed into a peaceful and more gayety look when they came out. As if they went there to read themselves into quietness. His silent musings were interrupted by a voice which carried such grave intensity that it demanded immediate attention, that everyone present on the streets stopped whatever they were doing to look at the source.

"Is the seat taken" he asked with a tone which was ready to break down if any refusal was thrown its way. "Are you waiting for someone?"

Ove looked up, studying him like a specimen of experiment. The man looked as if he just turned 30 that very minute and wasn't at all pleased by this sudden change, his slightly graying hair probably meant he was married, carrying responsibilities which he never wished to, eyes which reflected almost everything it saw, that one could see the colour of their eyes' reflection in them. Both his hands were tightly pressed against each other; as if seeking solace in each other's human warmth, and any effort to seperate them would be a sin.

"Sure sir!" Ove replied with a tone of slight excitement "Have been waiting for the right person". He would have been more excited, since for the past six years he had wished for something like this, but the atmosphere required gravity so he opened up his notebook and a fountain pen gifted by his grandfather, like a student ready to take some notes.

"Sarfaraz" said the man with a forceful smile.

"They call me Ove" said Ove nodding his head.

Sarfaraz sat down, slowly, looking down at his splendid, shiny shoes and let out a huge sigh.

Ove stared at the man for a while and asked

"Well yes I must be" he said checking his phone.

Suddenly the phone rang and he almost dropped it. He slowly answered and someone said something which Ove couldn't hear and there was silence thereafter. Some people carry emotions like their skin, every line, every turn, every crevice suggestive of something. This man wasn't no different, like his eyes, his face too reflected the ongoings of his heart.

"It's a pity, "Ove thought "not seeing him at his jolliest, his face would have been a pleasure to behold."

"Are you happy, Sarfaraz?" Ove asked again. As if this is how he normally exchanged commonplace.

"I'm miserable, I have been happy all my life, but now I'm miserable" he cried with an urgency, as if any delay would make him even more miserable.

"What makes you miserable?

"Was beautiful, within the four walls, when I played all day with my sister, when mum gave us goodnight kisses and papa read us stories, until we had to start living without them"

"You love how it used to be right?"

"I hate how it used to be if this is what has become of me" he replied "if they would have already said how it would be,it would have been easier, to live with myself"

"Ahh" Ove replied with a small smirk "then you would have simply stopped chasing your sister around the house, turned away your face when your mom gave you goodnight kiss, and slept before your father came to the room with your bedtime story."

Sarfaraz looked at Ove and said "You know, my little Amir, he loved the coffee I made, and I would make it 5 times a day for him. Maybe it's the coffee that killed him. Oh god…. I murdered him."

"No Sarfaraz, it must not be the coffee"

"I'm awfully sure it's the coffee," said Sarfaraz, looking angrily and uneasily around. "What time is it?"

"It's 6.30" replied Ove without looking anywhere but the sun which was on the verge of bidding its farewell for the day. "Do you watch sunset, Sarfaraz?"

"Do you have a balcony at your home?

"Would you join me at the library terrace? We can watch the sunset from there" asked Ove looking up dreamily.

There was a quiet movement and Sarfaraz was up walking towards the stairs of the library which led to the terrace. Ove quickly gathered his belongings and followed him up. The languid steps of Sarfaraz accentuated by the silence reached the door and there was an elaborate creak, as if his arms were too flabby to sustain the pull.

"Aahhh" cried Sarfaraz, "I have never seen something so beautiful, dear lord!" His voice now had a hint of wistfulness and the air made his face look younger.

"I bet" said Ove watching the red ball subduing into a bow as if bidding its final goodbye."

There was a silence, which transcended slowly. Ove opened his packet of bread and offered Sarfaraz a loaf. He took it with a smile so peaceful and innocent and the golden lights illuminating his brown hair gave him the look of a modern greek hero.

Sarfaraz suddenly took hold of Ove's hands and awkwardly hugged me, then looked at him with a shy smile.

"Why do you carry the diary?"

"I have been waiting to write something for the past six years, I think today I'll be able to do it."

"Ahh, good for you, I hope you write everyday" saying that Sarfaraz sprinted away with the agility of a teenager and looked back and waved his hands at Ove before finally going down.

Ove with his leftover packet of bread lingered on the terrace for a while, his shadow slowly dancing with the dying lights of the sun, he wrote "sunsets are tragically beautiful" in his diary  before heading back to home. For the first time in six years the packet of bread had been opened and a line written. 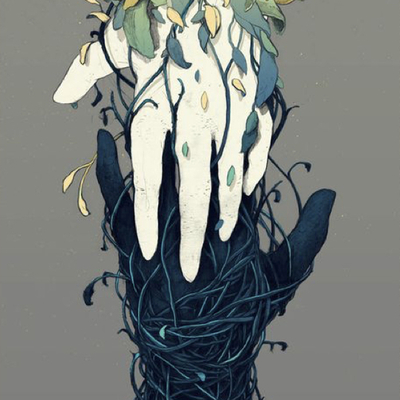 Hey! Another one of your beautiful stories. I love the theme and the story you chose to present it. A little something I’d like to see- some punctuation. In the dialogues, there’s not many periods and commas, and that’s a little putting off. And also a little grammar and spelling. Like what you’ve written: "You know I have an uncanny deposition towards any kind of farwell" said Ove glancing at Sarfaraz "I avoid it as much as possible, but I like to make an exception with the sun, it just comes back around every time as if playing a game o...

Hey! First of all thanks for reading. Apologies for the punctuations and typos, I know I sometimes tend to ignore these aspects of language. But I'll make sure that I do incorporate them in future. And the edits you made I'll do the changes in the main document as it cannot be edited here anymore. I really appreciate your feedback and kind words :) Thank you so much!

"This man wasn't no different." Either "This man was no different." Or "This man wasn't different." Double negative may have meant extreme negation in the 19th century, but now a double negative is read as a positive. "I have an uncanny deposition towards"- a deposition is a sworn statement for a court. Did you mean "disposition"? This tale makes me think of Kafka, a comment on something buried deep in the human psyche, just waiting to be found. The title seems perfect. It makes me think, "How can I change it to better fit the tale" an...

Thank you so much for your feedback! Yes I meant disposition, apologies for the typos. You have no idea how much your appreciation and constructive criticism means to me. I cannot explain my gratitude without making it sound pretentious. Infact I'm sure the people who receive your honest opinions are as thankful as I am. I'm really glad you could think about the story. That is what I perhaps intend to do, to allow the readers a scope to think for themselves and make the story their own. Again thanks for reading and your honest feedback!

This was a wonderful story and written so well. Your detailed description and the plot kept my attention from beginning to end. Very well done!! 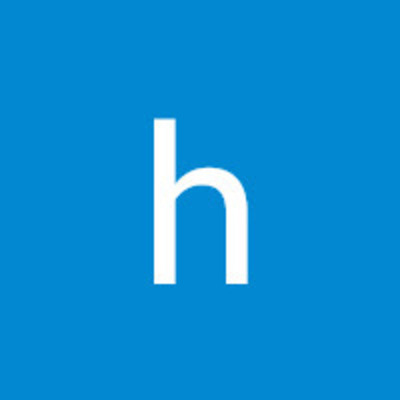 This is truly beautiful, Gopika! I was mesmerised by the time I finished reading this story. Just exquisite.

Thank you so much, glad you liked the story :)

This is a lovely story. I found a few small technical difficulties, but they don't detract from the readability of the writing. A good editing program will help you, but in the mean time try the online version of ProWritersAid. Keep writing.