"Are you waiting for somebody, too?" he asks, casually flicking a cigarette onto the ground. I shift in my seat on the bench, about 3 feet away from him.

The young man pauses. "Ah. You would rather me not know."

"It's not that, no...I don't mean to be rude. Sorry." He's awfully handsome. His dark brown hair moves slightly in the soft wind, and his blue eyes glisten in the moonlight. He wears a black leather jacket; his hands shoved into the pockets. His ripped jeans are a little bit too short, but a person would not notice if they weren't looking that hard.

His mouth opens, like he's about to say something else, but he quickly closes it and resumes his game of Candy Crush.

We sit there for a few minutes, listening to nothing but the soft chirps of the crickets and an occasional tasty! from the game.

"Swipe the red in the bottom left corner to the right. It'll get rid of those 3, causing the blue to fall, make a match, and the yellow will drop down to clear that up, too."

He glances up at me, an awestruck look on his beautiful face. I cough and turn my head back down to my lap.

I turn my gaze back to him and smile. "I doubt that. You seem like the smart type. Are you in college?"

"Hopefully. I sent in an application to Harvard, if that means anything." He glances back down at his phone.

I grin and turn my back down. I can feel my cheeks turning red.

"I'm attending Harvard right now, actually. It's my freshman year, though. I'm still getting the hang of it."

"Well, hopefully I'll see you there." He smiles, revealing perfect, seemingly sparkling teeth. His eyes are still gleaming in the moonlight, and I must look away before he notices that I was too busy admiring his features to hear what he just said.

"Now that we've talked more, are you going to tell me who you're waiting for?" he asks, popping a piece of mint gum into his mouth.

"Maybe. Maybe not. You first."

"Alright then," he laughs, blows a big bubble and points at it, grinning, before he continues. He pops it. "A girl."

"Well, I've only just met her, you see. We're hopefully going to start dating soon...I was going to ask her when she meets me tonight. She's actually attending Harvard, so she'll be able to help me with work...that is, if I get in."

"I don't know, Blondie. Do you pay much attention at that big school? Or is your nose stuck in a book?" He lifts his eyebrows, and I can't help but laugh.

"Okay, so maybe there's too many people at Harvard for me to know one girl," I roll my eyes and playfully shove him.

"Oh, I see how it is," he grins, lightly punching me in the arm. "If you go to Harvard and you're soooo smart, you can translate this, surely."

"Care to go to the bar with me? It's opening up in a few minutes."

"Why yes, I would love to. Let's head over right now," he smirks, and I roll my eyes.

"Didn't you forget? I'm waiting for somebody, too."

"Ah, I almost forget about this somebody. It's your turn to tell me anyway."

"Oh...I can't. I know I said I would, but..." I fade off. I know I can't let him know that I'm actually not waiting for anybody; I only said I was because I wanted to talk to him. But there's no point now. He's waiting for a girl. He isn't waiting randomly on a street bench to talk to a stranger.

"Why not?" he questions. I sigh, wondering what to do. He can't know that I'm really not waiting for anybody.

""No. No, no, no." I respond, but it's too late. Tears form in my eyes, and I try to wipe them away before he sees them. But he does, and his gaze softens.

"Accident," I say louder, and this time the word is audible. His gaze softens.

"Oh. I'm so sorry for bringing this up. Am I allowed to ask how long ago?"

"About a year. And it's okay. I need to talk about it anyway." My tears have faded now, and somehow, I don't mind telling him about it. The whole time I'm talking, he's nodding his head and murmuring comforting words to me. Most people say love at first sight isn't real, but as I've been talking to him, I don't believe that it isn't real for one second.

As I realize that I've pretty much just spilled out my heart to this stranger, I have a strange gut feeling that it wasn't for no reason.

"What about the girl you were waiting for?" I call out as he turns to leave.

"You didn't realize? I was waiting for a girl, but not how you expected."

"I didn't know her name, how she would act, or what she looked like. But I had a feeling that tonight I would be waiting for somebody.

"If you want to know her name, it's Bailey."

Ouuuu I liked this! I loved the romance in it..and how she is kind of an airhead. I also loved how the story went it was actually really pretty if that makes sense. Also I don't know why but everytime Ryan spoke my head heard him in a British accent..😂 But anyways really great story! Sorry I took so long reading it..I was veryyy busy but I did it! YAY! (did not disappoint) Great job! And keep writing! 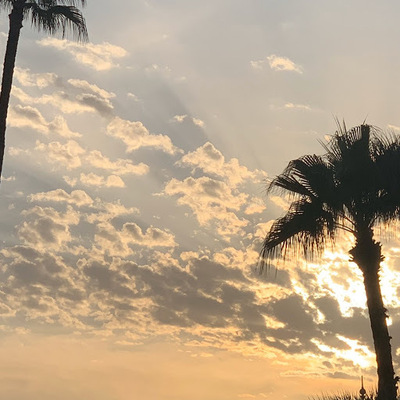 I was looking for something like this to read - pleasant, short, romantic and easy to read! Good job!

I really liked the way Bailey describes the stranger, it feels like an actual description someone might make in a diary. I also liked the description of the feelings Bailey has. It really well written!

Thank you! I'll come check out one of your stories; any recommendations on which I should read?

I just published one called Soaring above it all, I really need advice because I didn't know how to end it and I used a POV I'm not comfortable with. If you could read it and give me some advice, I'd be delighted, thanks!

Of course; no problem!

Oh my goodness, this was so sweet. I love how to describe Baily: she's quite book-smart and logical but not pretentious. I really love the buildup in the story, too. I will admit that I guessed pretty early on that Ryan's hints of the girl were Bailey, but that just made the dramatic irony better. I only have one comment: the accident thing seems kind of out of nowhere. I feel like it would have worked better if the accident was hinted to earlier on. But it's your story and it's pretty great as it is already. Please keep writing; this wa...