In the Waiting Room 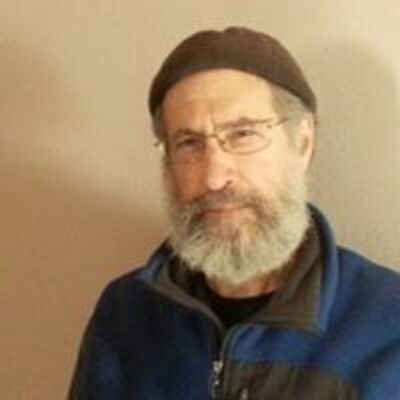 In the Waiting Room

Once upon a time in the days before COVID-19…

An old man sat hunched over in the waiting room. The internist’s office had called two days before and he was given a troubling report. “The radiologist made a note on his report that there were some anomalies in your thoracic aorta. You should follow up with a cardiologist.” No further details were given, only the name and telephone number of another doctor.

He asked for more details and was told he could find the full report on the internist’s website under his ID. “On the web, go to www.staywellforever.com. The e-mail address you gave us is your ID. You’ll be prompted. Really, it’s easy.” When he protested that he didn’t like the internet and was uncomfortable using it, he was told to come into the office and they’d give him a printed copy.

He had called again on Friday, saying he really needed to speak to the doctor. A nurse returned his call late in the afternoon and told him, “We can fit you in Wednesday after 11.” He thanked them, thinking his questions could wait until then.

He hadn’t slept all night; the election results were unsettling. He yawned and looked around the office. He told himself he should have a better attitude. You got this far, no reason you can’t get a few more miles out of the old body. Only check under the chassis, see how much rust is down there. You can get the neighbor kid to use Bondo to fill in any holes. Piece of cake.

He smiled and muttered, “Ralph, there’s your next million. Sterile, operating-room-ready stuff like Bondo. Heck, even package some for a car’s glove compartment or a hiker’s backpack for emergency use.” He straightened up, felt a little better. Attitude, attitude. That’s what Martha was always telling me. Think positive – it will get you through one day and into the next.

He sat back and gazed at the ceiling. Martha was something. Always charging forward, ‘no’ was never an option. Cancer turned the table on her; didn’t take her ‘no.’ Big ‘C.’ Three months later she’s gone. She had no kick left at the end. He resumed his inner conversation. Got to sit here, build character.

Ralph heard a door open at the other end of the reception area. A fit looking man, middle-aged, in outdoor clothes, walked towards the exit but then turned and approached him. With a big smile he declared, “You look exactly like my brother Henry. He has the same hat, similar jacket. It’s uncanny. Always has a book in his hand when he’s waiting, that’s the only difference. Wow, this is amazing. I came to talk to the doc about his case, and when I leave, what do you know? I find him sitting here.”

Ralph tried to smile. “I hope your brother recovers his health. Especially since he looks like me.” He focused on his hands, folding and unfolding them on his lap.

The man laughed. “Well, OK. It’s still uncanny. Hey, the best of health to you.” He turned and continued to the exit.

Ralph considered going to the receptionist, asking her to check on what was taking so long. He started to stand then sat back down. I’m not going anywhere anyhow.

He crossed one leg over the other. “I shouldn’t sit this way. They tell me it cuts off the circulation. Not much to lose now I guess, not much to lose.”

The man in the outdoor clothes came back into the reception area. “Hey, what’s your name? I’ll pray for you and my brother.”

The man went out to the parking lot and took out a strange-looking phone.

“Hey, Chuck, there’s a guy in there, spitting image of you. Says his name is Ralph. I’ll call ahead and make the swap. They’ll take him; no one will notice the difference.”

Sunday when his father still had not answered his phone or replied to any emails, Henry Holsun grew concerned. His father could be persnickety and was not a lover of new technology. Numerous times he said he was going “Off the lid, but don’t worry. I got everything covered,” not answering his phone for days.

When Henry tried to explain that the expression was “off the grid” his father had retorted, “Who’d want to jump on a grid in the first place. They’re greasy and tend to be hot.”

And then there was the back-and-forth.

“You’re thinking of a grill.”

“Pop, it’s the electric and phone grid we’re talking about.”

“Pop, I don’t like Bacharach, that song Alfie in particular, and my name’s Henry – you’re Ralph.”

There were times when he thought his father was losing it.

Henry called again late Sunday morning, a time that his father typically was in the middle of the NY Times. There was no answer. He made up his mind and grabbed the key to his father’s apartment.

He opened the door calling out, “Hi. Dad, it’s Henry. Anybody home?” There was no answer and the air in the apartment smelled stale. He looked around; nothing was amiss. He frowned and, grabbing the mailbox key from the hook on the back of the apartment door, returned to the lobby.

His father’s mailbox was full, mostly circulars, and the Sunday Times in its blue sleeve was on the floor. He picked up the paper and returned to the apartment. Dumping the paper and mail on the kitchen table, he slid his father’s weekly schedule from under the magnet on the refrigerator door. There were X’s through Monday and Tuesday. His doctor’s appointment on Wednesday was circled in red and there were no marks on any other events later in the week. Henry copied down the number next to the Doctor’s name, planning to call first thing Monday morning.

Monday morning the receptionist confirmed that his father had been there for his appointment and when told that he seemed to have gone missing, said she would tell the doctor and arrange for a brief meeting during lunch. “Why don’t you come by at 12:30. Doctor will be free then.”

The doctor and receptionist reported that nothing untoward had happened. “Your father was aware of his condition and I explained that while things appear stable, he should continue to watch his diet, exercise as we discussed, and try to stay away from stress,” said the doctor.

On the way out, the receptionist stopped at her desk and flipped back to last Wednesday in the appointment book. “I just remembered. There was a man who saw the doctor just before your father. I know he stopped and briefly talked with your father. I couldn’t hear what they said. But that evening as we were closing the office, Doctor told me never to let that guy in again. ‘He’s a real con, trying to offer me a deal on everything from toilet paper to condoms.’ I thought about it after you called. I think his name is Donnie Diamond. It was creepy how he looked at me.”

Henry filed a missing person’s report the next day.

An interesting plot with well thought out characters!