Joseph is hoping this quote really is the truth because if not, he's wasting his time and hers. Immediately after he left prison, he promised himself that he would come to see her. All his attempts had been futile though because she didn't want to come near him and that was understandable. In her eyes, he would always be a monster. Yet, he wondered if there was a way to change all that when she had requested he attend this meeting. The very one she's late for.

Jacqueline, a woman now in her thirties, has not gone a day without thinking of the great injustice bestowed upon her best friend. She thinks Angelica won't ever find the people who killed her parents because she's looking in all the wrong places. She had ended one of the greatest love stories Jacqueline never had the privilege of witnessing, but she couldn't blame her. Jacqueline knows there's only the slightest chance that this meeting will restore their friendship, but she wants to try. Besides all this, there's one thing Jacqueline is sure of.

The case has been re-opened, which is the only reason Joseph is giving this one more shot. He wants to be with Angelica and he knows this is his second chance at life; a do-over he may never have the privilege of again. He wants to get the chance to clear his name now that there is new evidence in the case. Jacqueline knows that if Angelica gives him a shot, he'll grab it and hold on to it like it is everything he has. Because it really is everything he has.

So here Jacqueline is, waiting for her ex-best friend with her former fiancé; someone she never knew until today. A stranger in her presence and yet, her best friend's former fiancé!

Angelica knows that if she doesn't leave for the meeting she planned with the once love of her life and ex-best friend, she'll miss it altogether. The problem lies in the fact that she hasn't decided if she truly wants to go. She considered standing them up, but she didn't know if she could.

Ten years had passed since she last saw both of them: her murderer of an ex-boyfriend and her liar of a best friend. The only two people she felt she could call family yet, she tried to keep them apart. Maybe it was her jealousy that kept them apart. She never wanted them to spend time without her, so she did everything she could to make sure they never met by assuring them the other meant nothing. In hindsight, it would probably have been better if they had met sooner. The thought gnawed at the back of her head that if they had met sooner, she could have avoided that night. But she couldn't get an even worse one out of her head: if they had never met, then how could they have planned the perfect murder under her nose?

She wasn't sure she wanted to see them. She wasn't sure she could handle it. Maybe it was because she thought she had clouded her judgment because of all the anger she felt, or maybe it was because the two people she loved most were capable of something so vile. She wasn’t sure which it was, but she needed closure, regardless. She needed to close that chapter of her life finally. That was the reason she had set up the meeting.

Joseph and Jacqueline have been waiting for her to arrive for what feels like an eternity. In reality, it's only been twenty minutes. They aren't in a hurry to leave though because they know she'll come. She has to! She wants to know what happened to her parents as much as they do. They were the ones affected by it the most. After that night, none of their lives ever remained the same. For days, their names had been in the newspapers after the incident. The headlines all horrendous: "A Disastrous Love", "An Unforgettable Betrayal." There were more, but these stuck.

Joseph had been at her parents' house the day of the murder, but because of the note he had received, only to find Angelica's parents lying in the garden, in a pool of their own blood, staining the tulips. The death looked poetic almost. A sick type of murder, like the killer had taken his time.

Jacqueline knows he didn’t kill them because she had received a similar note but hadn’t come. Her mother was in the hospital, which was her saving grace. She guessed later on that the plan was probably to rope either of them in, to blame them for the murder. Somewhere along the line, she had become an accomplice to someone she did not know. Those ten years had been the very worst because even though she had been acquitted of all the charges, the rumors had stained her name forever. She never met him, not until now, both after ten years trying to prove their innocence in the case.

Perhaps she should have told Angelica about the note, but she couldn’t. She feared that if she tried to clear her name, she would only incriminate herself further. She didn’t want to ruin their friendship when it was already in such a fragile state and thought it was something she could hide until she was ready to tell her the truth, but sadly, the police had beat her to the punch.

She’s here for her redemption. To tell her truth that she should have ten years ago and be free of it all. The air is too tense for small talk, something she hates, but she and Joseph talk about everything, so she guesses she can’t call it small talk. She marvels at how easy it is to talk about something this dreadful as if they were talking about the weather. They talk and they share memories despite it all because they are the only ones that can understand each other. They are two strangers waiting for closure they may never get.

Angelica is here now. Her steps look surer than she feels. She refuses to appear weak because she wants them to know that they cannot intimidate her. Her heart is beating frantically in her chest, but her resolve is so put together you wouldn’t notice it.

“You have only twenty minutes,” she said, in a voice that left no room for disagreement, like they were lucky to be getting this time at all.

Joseph had waited ten years to see her. Now, he wasn’t sure what he wanted to say. “I didn’t kill them,” he choked out, a sob threatening to come out. The emotions were too overwhelming for him to handle.

“I don’t believe you,” Angelica had replied in such a venomous and broken tone, it made them realize these ten years hadn’t been enough time to heal her wounds. She was still broken.

Is this a sequel to something you wrote earlier? So Joseph and Angelica had been engaged and her parents were murdered. Joseph was convicted because Jacqueline failed to come forward with evidence. Now Joseph is out, but not completely exonerated. Jacqueline arranges a meeting between Joseph and Angelica, where Joseph states he didn't kill her parents, but she refuses to believe him And you leave it there, even though you have a lot of words before you hit limit. I see a few problems. Angelica should have known Joseph well enough to not...

I've never written mystery, so consider this a try 😂. All of my pieces here barely cross 2000 words, some don't even get to 2000. When I started, I was new to short stories. I've written plots for Y/A fiction and children's books but never short stories, so I decided to give it a try. I'll definitely take your suggestions into consideration and work on developing the story a bit more. I have a lot of stories I could have done a better job on, so I'll add this to the list as well. But, hey, we improve every day! Thanks again for reading a...

Mystery can be tough at the start. Some make it too obvious, and every reader says "I knew who did it in the opening list of suspect." Others make it too busy/complex and most readers say, "I can't follow what's going on." It takes a while to get a feel for how long a given plot takes and shorts are the hardest mystery to write because you have to balance it in so few words. It's a decent start. If you want to learn, post a few more and I'll try to say what works and what doesn't. Just be sure to tell me so I know to come read it.

That sounds like an amazing idea! Thanks so much. If I do post more, I’ll be sure to tell you and read what you have to say!

I had but I didn't comment! I'll comment on it later today. Trying to get some work done!

alright i understand that your a bit busy

The quote, in the beginning, caught my attention right away! You did a great job writing this! The ending made me so sad but amazing work here! :)

P.S . Doubra, would you read my recent, "Strange Inmate"? THANKS :D

It’s really not a problem. I like reading your stories 😂.

Noooooo! Doubra WHY? Why did it just end there? I almost cried for them, and then you left it emo???? Not even pacifying my hurt for them with a happy ending??? The wickedness in this is just baffling.... I loved the way you wrote this Doubra (like I love all your works), but when I got to the last sentnce and there was NOTHING LEFT, nothing to cheer me up???? There HAS to be a part two.

Noooooo! Doubra WHY? Why did it just end there? I almost cried for them, and then you left it emo???? Not even pacifying my hurt for them with a happy ending??? The wickedness in this is just baffling.... I loved the way you wrote this Doubra (like I love all your works), but when I got to the last sentnce and there was NOTHING LEFT, nothing to cheer me up???? There HAS to be a part two. This cannot end here, no, no, no....

😂😂😂 your comments make my day 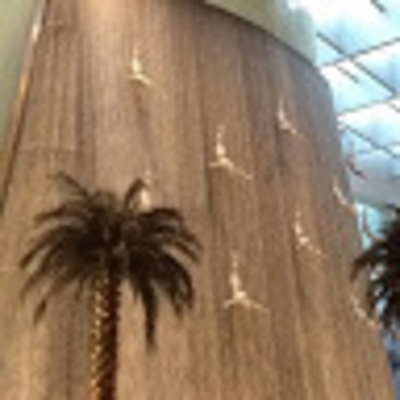 This story is amazing like all your other stories though you could have stated when you were writing, the thoughts of the other characters. I love your stories and look forward to the concluding part. 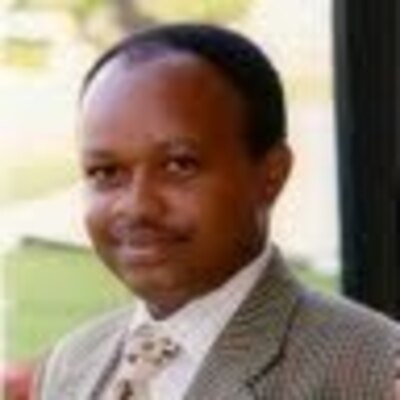 What a melodramatic short story! Doubra writes like an adult. Keep it up. I love your use of short sentences to create a sense of urgency. Your story is more believable because of your use of the first-person narrative technique. It is technique avoided by many people. What you did in about 2000 words, will take some others 4000 words to accomplish. Bravo!

The ending was sad like Lata said. But the writing was phenomenal. Well done!