I am Hazel Adams, and I am proud to define myself as a human who is lazier than the laziest sloth in the world. I want to tell you a story, so come to me and listen, won't you? My backache is getting worse than ever, even though I am just in my thirties.

I was lolling around on the couch like a sloth (as is my natural behavior- I should respect my animal identity) with a huge bowl of popcorn to keep me company one night. It had been a nice night until then. A huge storm began thundering down on us out of the blue in a short while.

(Ahem...) I'm not terrified of storms, just so you know. If you find an idiotic person named Jim Smith roaring to the world that I freaked out on the slightest bit of lightning straight after watching a horror movie, don't believe him.

(Ahem...) He's just lying. I'm pretty convinced of that. I'm too brave to be terrified by a little bit of puny flashes.

I was tired of waiting. I flicked on the television sitting very obediently right in front of me and started surfing through channel after channel. Cartoons were my absolute favorite, and they still are. They give me a pleasurable feeling, and I am pretty sure at least half of you get that feeling too.

I was already ignoring many boring programs and reality shows I was coming across. They were all a real bore. News channels were on the bottom of my favorites' list.

Oh, if I am to put it accurately, they came nowhere in my favorites' list. Not even in the humiliating position of zero. The hate was so strong, the value ran into negatives.

Wait- I sidetracked again, didn't I? I apologize profusely. I will try not to interrupt the story with my pointless ramblings, but you can't trust me too much. I love chattering about pointless things. Just... remind me if this happens again, all right?

Well, as I was conveniently skipping all the 'boring' channels, one of them caught my eye. It was the news channel which my father doted on a lot. I stopped jabbing my finger on the remote and stared blankly into space. I wondered how he was doing. it had been a long time since I talked to him. I walked over to the kitchen, ripped off a sticky note and stuck it on the refrigerator. My pen ran across the paper fluidly, revealing my horrible, spiny handwriting. I stepped back to read what I had written-

That was fine. I hurried back to my beloved couch and popcorn and settled myself snugly again. I glanced for a while at the clock. I still could give some time to waiting. If it took too long, I would just call it a night and clock in. I turned back to the bright television screen and stopped dead.

The news channel was entrancing me. I continued watching it, even though I knew that a cartoon was getting missed out.

One of the incidents it reported was a road accident. I yawned. Road accidents were really common these days. Drunken driving, not following traffic rules, talking on the phone, distracted from the road... they were all the same. I wished for the umpteenth time that people would just try to do something right for once. Their irresponsibility was getting on my nerves. I continued watching.

As I had expected, this was the collision of two buses, and passengers of both vehicles were either dead or grievously hurt. I rolled my eyes. Accidents happened every day. What was sad was that they had to meet their end so unexpectedly and without most of their family members. That bus might have been carrying a man who was eager to go home to his wife, or a few children who had just finished classes and were waiting to rant to their parents. It also might have had an author like me, a businessman, a doctor who was no longer able to save lives...

I shook my head and changed the channels. This was why I did not like listening to the news or reading newspapers. I switched to the cartoon channel which I had been so excitedly waiting for, and started watching.

When the episode finished, I turned back to the clock. It was very late. I was really tired of waiting now. I switched off the television and curled up to sleep right there.

The next morning, I got ready and had a hastily-made breakfast. It was Monday. As I turned around to leave for work, I noticed the sticky note on the fridge and suddenly remembered what I had promised myself to do. I whipped out my phone and dialed in the number. I could not afford to wait and decided to talk as I walked to work.

"Hey dad! Long time no chat!" I exclaimed as soon as he picked up. His cheery voice was heard by me all right.

"Ah, Hazel! Good morning, dear! I was beginning to think you had forgotten about me!"

I chuckled. "Why on earth would I forget about my own superhero?"

A muffled laughter was heard from the other side. "Am I still your superhero? Aren't I too old for that?" he responded.

I vigorously shook my head while I resounded with a loud "NO!" He laughed loudly this time. "All right, dear," he said, and we continued talking.

Our conversation ended as soon as I pushed through the doors of my workplace. I settled down and was about to begin work when my phone rang again.

I excused myself and picked it up. "Why did you call again, dad? Was there something left to say?"

"Check the news," he said gravely.

Phone still pressed to my ear, I browsed the internet. My brow creased, since a subject of disinterest had been brought up again. Why did I have to check the news?

"There's been a train accident with no survivors. What's the big deal-?"

And then it hit me.

I had been waiting for my brother since last night, who was supposed to come home by that train.

Well done. We can become a bit Immune to tragedy with our ubiquitous news channels. I sense you could produce good humourous stories if you wished.

Thanks for saying so! I will definitely try to write humor.

Very well done story. Like the sidetracking since I can relate to it and the ending with a terrible bang.

Thanks! It means so much😁😊💜 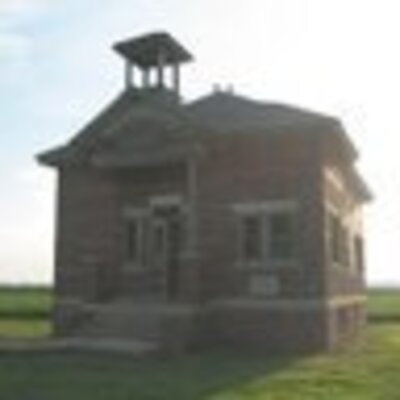 Not bad. A little too much side tracks tho. Still pretty good