Emma’s eyes sparkled as she intently listened to her teachers smooth words, telling the story of her new hero. Her classmates around her laid on their notebooks or doodled absentmindedly onto the desks. Her history class usually resembled a sleepy meadow with her colorful personality popping up in curiosity. Later that day she climbed up into her mom’s car and she spoke unnecessarily loudly saying, “I’m gonna be a people helper someday!”

She sat down in the chair of a sterile hallway, her thoughts far from that moment of passion 15 years ago. Glancing down, she read her name tag Emma Green, Nurse Practitioner. Her name and occupation stared back blankly at her. She looked at her watch, 6:22 am. She lifted herself up out of her chair half heartedly. She walked into a plain white room with heavy gray curtains. She hurriedly read the name on the white board and spoke, “Hello Ms. Callie,” with a smile thats cheer didn’t reach her eyes. Emma checked Callie’s heart catheter readings exactly 1 hour after it was put in. She adjusted the patient’s fluid levels with skill and rushed to the next room over to a “beeeeeeeep”. Emma ran to the aid of the other 3 nurses to help, but she was gone. Emma left the room her eyes glazed over with moisture. An alarm on her phone buzzed as a reminder to check on her next patient.

Her next patient had just come in this morning. Emma walked into the room. She glanced over at the wall for a name. It read Atefeh Moghadam. Next to the name someone had scribbled, only speaks Arabic. Worried she wouldn’t say her name correctly she plastered a smile on her face and said Hi. The woman nodded and then grimaced in pain. I handed her a plate with a pulled pork sandwich and mashed potatoes. She quickly pushed it away. She simply said, “No.” Emma turned around and muttered, “What am I supposed to do with her?” Slightly annoyed Emma pointed at the pulled pork, with a questioning look trying to figure out what was wrong with the food. “No,” the woman said again. Emma pulled the plate away and handed the woman a cup of water and some pain medication. The other doctors thought she had stomach pain from her previous hand gestures. Again, she declined. Emma grabbed the plate, feeling annoyed. How was she supposed to help this woman if she wouldn’t cooperate? And why was she being so picky?

She left and went from room to room, helping and checking on various patients. At 7am sharp she walked to her car with her purse in hand. The sun taunted her with its constant cheery self.

That night she lay thinking. The memory of that day in history class so many years ago drifted into her mind. That was the day she decided to become a nurse. But somehow what she was doing didn’t seem like the “people helper” that she dreamed of as a little girl...anymore. She knew that her job wasn’t always full of tedious times, meaningless names, and fake smiles. In college her internships were busy and full of vigor. In the glory days of last year, Emma remembered every patient’s name and always had a friendly greeting for each one. That passion seemed to slip away as she aided people day after day with no passion. Doubts began to slip in as she wondered, What am I even doing this for?

Then the name that made that day so special in second grade. The name that her teacher spoke fondly of and that made Emma look up with interest. Edith Cavell. A British nurse during the first world war. She was known for caring for all soldiers. Healing their wounds no matter what political side they were on. She became a martyr for the pure passion of medical aid. She stood against hate and for people.

That’s what Emma had always wanted. To serve with no bias. To give care to everyone. Male, female, dark, light, with all religions, languages, and dreams. These values are what she came up with on that day in history class and held so close during nursing school. She didn’t want to stand for a country or a medical institution, she wanted to stand for people, for all people.

She suddenly sat up in bed, it dawned on her. Earlier the woman’s failure to comply with anything, irritated her. She thought back to one of her friends in high school. She was Arabic and never ate pork, because of her religion. This whole time, she had been working towards a career that she admired for the equality and care. No matter how different people are or how different their beliefs are, they deserve to be cared for.

Emma wondered at the ability of a simple thought to instantly invigorate her lost passion. She stepped out of bed and typed into her computer. How to say hello in Arabic. “Marhabaan,” she whispered.

The next morning Emma walked into work, purpose in her step. She walked into Atefeh Moghadam’s room and nodded slightly. In the food section of the room’s white board she wrote: “Cannot eat pork.” Then turning to Atefeh, Emma pointed at herself and said, “Emma.” The woman’s eyes showed understanding and Emma continued. “Marhabaan!” The foreign word came out in an excited voice that Emma hadn’t heard from herself in a while. Atefah’s face lit up and she pointed to herself saying, “Atefeh.” Emma tried out the name and the woman corrected, ” AU-tah-fey, not A-ta-fa.” Emma smiled and nodded. “Atefeh,” she repeated, with extra emphasis on the “ey” pronunciation at the end. Suddenly her job seemed like the most fulfilling thing in the world.

Emma glanced at the meal options at the hospital cafe counter. She grabbed the plate of bright green salad with tomatoes and Parmesan cheese. As she walked in she said, “Marhabaan, Atefeh.” The woman ate and motioned for Emma to sit on the edge of the bed. Emma noticed how beautiful Atefeh was, even in a drab hospital room. Her caramel skin and dark lashes were stunning. The woman motioned to her stomach, and a look of sadness crossed her face. She tried to motion more to explain, but the hand gestures weren’t easily readable. Emma almost reached for her phone to look up her words, but knew that medical issues were very vocabulary sensitive. She needed a real person who spoke Arabic. Gesturing to herself, Emma said, “musaeada.” Emma had looked up a couple of other words last night, including help. She wanted to make sure Atefeh knew she cared and wanted to help her.

Emma walked up to the front desk on her way out the door, after her shift had ended. She quickly asked the woman there if she knew if the hospital staffed interpreters or had bilingual doctors. The woman shook her head, and Emma walked away. How could so many places ignore the need of meeting someone’s needs in their personal way of speaking? Emma knew they got Arabian patients somewhat often. Last week she had traded patients with another nurse over not being able to communicate easily with an Arabian man. To be honest, she had to admit that she normally avoided the foreign patients.

That night after several unsuccessful phone calls, Emma ran into a young woman at an immigrant agency, who was looking for an opportunity to volunteer. Emma eagerly asked if she spoke Arabic, and explained the situation with Atefeh. The woman nodded eagerly and said she would be at the hospital on Emma’s next shift.

Emma chatted with her new friend on her way into work and told security that she was helping her today. Emma clocked in and headed to Atefeh’s room. The interpreter kindly translated back and forth so that Emma could understand what Atefeh needed and what discomfort she was experiencing. Emma’s face turned sad at the last sentence that was interpreted from Atefeh.

Atefeh was pregnant. She only had known for a couple of weeks, and her bump was only slightly visible. But something was wrong. Atefeh was having frequent stomach pain.

Atefeh came out of the ultrasound crying. Tears of sorrow dripped from her black eyelashes. The doctor had told her that she had had a miscarriage.

Emma sat on Atefeh’s bed in the hospital room. Emma sat crying with Atefeh, her mascara streaking down her cheeks. But she didn’t care. To see someone lose something so hopeful and joyful was devastating. Atefeh sat and cried. They hugged each other. The two had become friends. They knew about each other's friends and family and hobbies, all through the slow process of interpretation. Today they didn’t need an interpreter. No words could portray the sadness that exuded from the both of them. They could feel each other's love and anger. Both of them cried and cried.

Emma on her way home, was struggling to keep the tears in while she was driving. When she got home, she collapsed on her couch. New doubts about her job crept in. How could she bear this? What is the point of trying to help people if all you are met with is sadness and longing? If she ultimately couldn't change things, what was the point?

The next day Emma visited Atefeh at her house. A small apartment, with some furniture attempting to suppress the echo of Atefeh’s sobs in the open room. Emma sipped tea and hugged Atefeh. “Shukraan,” Atefeh whispered simply. Emma remembered that word as thank you in Arabic. She squeezed Atefeh in a hug, with gratitude that they could just hold each other.

That night Emma knew how she could keep going on being a “people helper.” She knew that even if she couldn’t change the things that hurt for everybody, she could be that sincere smile of encouragement to help them through it. Emma had a passion and she was eager to use it. 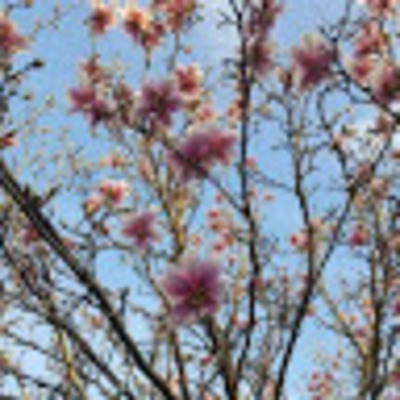