“Dylan, did you sleep at all last night?”

Dylan wearily raised his head to look at his mother, sleep making his eyes heavy.

“I had to find out if Mighty Man rescued all the people from the elevator.”

Mighty Man was Dylan’s favourite superhero. He had spent months and used all of his birthday and allowance money to complete his collection of comics featuring the crusader.

“And, did he?” His mother asked as she finished packing his lunch.

“Of course he did mom, he’s amazing. I wish superheroes like him were real.”

“I think it’s great that you love your comics so much hun, but maybe tonight you could invite a friend over for dinner? I’m sure Might Man wouldn’t mind if you took one night away from his adventures to spend time with your friends.”

Dylan sighed. This was a conversation he and his mother had had numerous times. She thought he spent too much time and energy in collecting his comic books and wished he had a more social hobby.

What his mother didn’t understand was that most of the kids in his third grade class thought he was weird. They all played sports or instruments and didn’t understand why he liked comic books so much when none of the stories were real.

Only one boy, Jack, also enjoyed comics. He liked the artwork and was even working on drawing his own character. He asked Dylan to work on the character with him, but Dylan had said no. He preferred to spend his time with the heroes from his comic books. None of the kids at school could do the things that Dylan’s superheroes could do. They couldn’t fly, or lift a whole school bus, or save a woman from a sinking boat the way Mighty Man did in volume one of Mighty Man Meets Mary May. Dylan knew that the comic book stories were just make believe, but he would rather pretend that people could actually do those things than to try and make friends with his ordinary school mates.

“Alright time to go to school.”

His school was just around the corner from his house so he always walked. His mom walked with him and would drop him off before she continued up the street to the grocery store where she worked.

They began their daily walk in silence, their feet carrying them along the familiar route.

Suddenly Dylan’s ears were assaulted by the sounds of metal screeching as a car horn blared. Before he even had time to turn towards the noise, a violent crunching sound was heard. It was a horrible sound like nothing Dylan had ever heard before, and it terrified him.

One car, a blue one, had driven through a red light and crashed into a red car. the side of the red car was crushed, crinkled up like tin foil. Other witnesses were running towards the cars to see if the drivers were alright.

Dylan's feet felt as if the ground had swallowed them, keeping him trapped, motionless where he stood watching the scene play out.

He could hear the blood pounding in his ears, and feel his chest moving up and down and up and down as he struggled to keep his breathing steady and controlled.

“Dylan, you stay right here, right on this spot, I’m going to go over there and see if there’s anything I can do, alright? But you stay here where I can see you and you won’t be in the ambulance’s way.”

Dylan nodded that he understood.

“Good boy.” His mother squeezed his shoulder and kissed him on the head before she hurried over to the scene of the accident, where the driver of the blue car was opening his door.

He watched, and as he watched he felt helpless. If he was one of the superheroes from his comics, he could run over and help those people. But he wasn’t a superhero, he was just ordinary Dylan who had no powers and could do nothing to help anyone.

But as Dylan continued to watch, it suddenly dawned on him that the firefighters and ambulance workers who were arriving on the scene weren’t superheroes either. They didn’t have the power to fly or x-ray vision or superhuman strength, and yet here they were, saving other people lives’, helping each other. Even his very own mother was helping.

The driver of the red car, a young woman, had been helped from her car and was being put onto a stretcher that was then loaded up into the ambulance. The sirens rang in Dylan's ears as the ambulance hurried off in the direction of the hospital.

Police officers had arrived and were questioning the man who had been driving the blue car. Some firefighters were still around. One of them turned, and when he saw Dylan watching them, he started walking towards him.

“Are you okay son? You aren’t hurt are you?”

Dylan shook his head. “My mom’s over there, I’m waiting for her.”

He pointed to where his mother was now speaking with a police officer, using her hands to describe what she had witnessed.

“Right. You saw the accident?”

Dylan nodded again. Before he could stop them, and for reasons beyond his understanding, his eyes began brimming with tears. He didn’t want the brave firefighter to see him crying and tried to wipe them away with his sleeve.

“Ah son, let it out, there’s no shame in crying. I’ve worked this job for fifteen years, seen many accidents like this one, and many that are worst, but it’s still just as upsetting as the first time. It’s a lot to take in, I know, but try to not to worry yourself, that woman will be just fine. Hurt her arm a bit is all. No one was hurt too bad thank goodness. I promise son, everything will be alright.”

Dylan looked up into the man’s face to see if he was lying, but the man’s eyes looked kind and Dylan knew he could believe him.

He figured he wouldn’t have a chance to talk to a firefighter again any time soon, and so he’d better make the most of this opportunity.

“How do you help people the way you do without any superpowers? I mean, you’re just a normal person.”

The man chuckled softly. "Well I may not be able to fly, not that I know of at least. But I have figured out a secret, a secret that helps me do my job every day. Would you like me to share this secret with you?”

Dylan’s eye lit up. He nodded his head eagerly and stared at the man intently, feeling that what he said next would change his life forever, just like when heroes get their powers.

“Well, the secret is, that I believe people do have powers. Not the kind of superpowers that you read about in comic books, but powers all the same. I think that each person has something special to offer the world that only they can do. For some people, maybe they can write music, others can play sports better than anyone else, for some people it might be that they can bake the best apple pie and they share it with their friends. It doesn’t matter how big or small it may seem, but everyone adds something special to the world.”

Dylan looked at the man, thinking about what he had said. He supposed it made sense. His classmate Jack was very good at drawing, and seeing his drawings always made Dylan happy. His mom was not good at drawing, but she made the best lunches everyday for Dylan. They weren’t superheroes, but they did make Dylan’s life better, which is what heroes do. One thing was still troubling Dylan about the fireman’s answer though.

“Okay, but how does the secret help you do your job?” He asked.

“Well, if every person has a purpose and adds something to the world, every person is valuable. But sometimes bad things happen, and people need help. Like with this car accident. And I think that maybe my power is helping people when bad things like this happen. It makes me feel good to know that when they’re in trouble people call me for help. And I like knowing that everyone I save will continue to add their special power to the world. Does that make sense?”

Dylan nodded slowly as a smile spread across his face.

“That makes sense. You know, you might not be super strong or be able to read minds or stuff like that, but you do save people just like a superhero.”

The firefighter laughed. “I guess I am like a superhero.”

He playfully ruffled Dylan’s hair before he started walking back towards the fire truck.

Dylan stayed where he was, deep in thought. It was as if the idea of what a hero was had been expanded. Now when he thought of a hero, his mind did not go only to his growing collection of comic books with the masked superhuman beings, but also to people he knew in his everyday life. The kind lady at the bakery who sometimes gave him a free cookie, the janitor at his school who he saw mopping the floors so they stayed clean, the mail carrier who delivered the birthday cards his grandparents sent him. All of these people who he had thought were ordinary, did things that made Dylan feel extra ordinary. They all did things for their fellow humans, to help people, just like how superheroes help people.

His mother found him still standing there.

“Are you okay Dylan?”

They resumed their walk to school.

“Mom, can I invite Jack over for dinner?”

His mother looked over at him, pleasantly surprised.

“I think I’d like to be a firefighter when I’m older.”

Wow, this is a great perspective on superhero especially considering the times we are in right now. I could vividly visualize the firefighter talking to Dylan with a smirk on his face.

Thank you for your feedback! 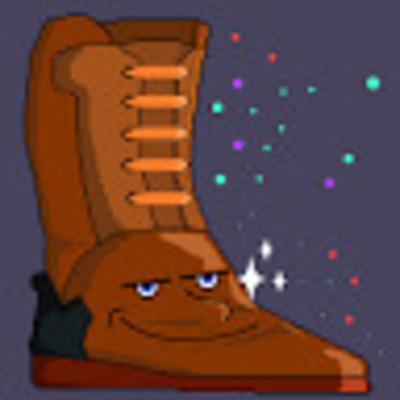 A very cute and wholesome story, if only relatively simple, in my opinion. Still, a good read! Thanks for making this.

Thank you, yeah I know what you mean, I did keep it very simple for this one, I was going for sort of a children’s story vibe. Appreciate the feedback!

Alexi I love this. Please keep writing and gifting the world with your narratives. Applause.

Thank you! Your kind words really mean a lot.

This is wonderful story. I enjoyed reading it.