The pans were lined up in the staffroom on Monday ready for Shrove Tuesday. Phoebe O’Malley, the rookie teacher from the country and her “mentor,” the grey haired, middle aged mule with thirty years experience were the only two left in the large staffroom.

‘Hey, hotshot,’ Heather-Maree said, turning to the young woman. ‘Are you planning on cooking any pancakes in your class tomorrow?’

Phoebe smiled her usual strained, fake smile. She wondered if Heather-Maree had once been like her, a young, idealist with “great expectations” just like Pip in the classic Dickens’ novel. Heather-Maree had told her that like her, she once had long, auburn hair and large, blue eyes filled with awe and wonder. Countless times this year the older woman had reminded Phoebe she was not God’s gift to teaching. That was not as bad, however, as the principal’s comment that graduate teachers know “nothing.”

‘Not in this lifetime,’ Phoebe mumbled to herself before turning to her colleague and saying in an audible voice, ‘No, I think I’ll just stick to my work program.’

‘Suit yourself. But you are quite welcome to join my class for a cooking session.’

‘Sure,’ Phoebe replied before she could stop herself. ‘That would be great.’

The next day began as usual for Phoebe and her Grade Four class that Heather-Maree had invited to come to her class at 10.30am. The roll was taken, lunch orders collected and so forth. Phoebe decided to have her usual hour-long Tuesday morning disco dancing class. The students, some of whom were cute, cherub-like individuals and some of whom were little, hell raisers, were having the time of their lives learning the Nutbush, Bus Stop and various other dances. They were in the middle of dancing the Y.M.C.A. with Phoebe and her Integration Aide Siobhan leading the way, when Heather-Maree burst through the door in her usual boisterous manner.

‘Aren’t you coming?’ she demanded.

Phoebe stood speechless before looking at her watch. It wasn’t even ten o’clock yet!

‘I – I thought we weren’t to come until 10.30am,’ she stammered. In her mind she wondered how one person could make another feel so small and insignificant.

‘Oh!’ Heather-Maree screeched. ‘Well, we are starting to cook now! Are you coming or not?’

Seeing that she had little choice, Phoebe, with the help of Siobhan, quickly lined up her students and led the noisy bunch into Heather-Maree’s adjoining classroom.

‘That was disgusting!’ Heather-Maree yelled at Phoebe’s class. ‘Back out you all go! Let’s do this again and this time we will walk into the classroom quietly!’

The students shrank back and did as they were told. Once they were lined up quietly it was time for Heather-Maree to scream again.

‘Right!’ she bellowed as she pointed to each child, counting them in. ‘One! Two! Three…!’

Each one of them walked in sheepishly and Phoebe wondered what they thought of her authority being undermined yet again.

Then it was time for the fun to begin. There were fifty-eight ten-year-old students in all, making a lot of noise and throwing a heap of pancake mixture around the classroom. Their mothers would have a wonderful time getting the stains out of their maroon uniforms! In the midst of it all, Heather-Maree was screaming at the top of her lungs and Phoebe was wondering why she even bothered having these practical sessions at all when they stressed her out so much!

‘It’s all about good P.R. work!’ Heather-Maree would always say. Never mind good P.R., Phoebe thought to herself, what about saving your sanity?

Unlike Phoebe’s classroom, which looked like it had a tornado rush through it, Heather-Maree’s classroom was clean, cold and clinical with not a thing out of place. Chairs were pushed in, papers were filed away and the stationary was all neatly assembled. No child would dare so much as to sneeze in her classroom! Phoebe watched two of her own students Ashleigh and Indiana as they mixed their batter with much ado. Her attention was then drawn to a student who had just back flipped off a table.

Phoebe chuckled to herself and her attention was drawn to the doorway in which a man now stood. She had never seen him before, however, she was quite taken by him. He was tall and muscular, with olive skin and deep set, liquid, brown eyes. He walked up to her and introduced himself. His name was Angelo Angelini and he was visiting from West Victoria University in which he was a tutor in Italian literature. Phoebe gazed up at him in wonder. He looked like a young, Roman god!

He told her that he had been invited to assist with some of the Italian classes taught at Saint Mary Magdalene’s Primary School. Phoebe told him she could speak his native tongue and expressed her love for the great Italian masters. She spoke in an animated fashion about how she had studied painting at university and how she wanted to travel to Italy. There she would complete her Masters degree and become the next Raphael or Leonardo.

They were busy talking and laughing when from out of the blue Heather-Maree screamed at the top of her lungs. ‘Are you aware Phoebe that you are meant to be supervising half of the students? Stop flirting with him and get back to work!’

But for once Phoebe was not embarrassed for she knew that the post-menopausal Heather-Maree was jealous of her young, fresh body, which attracted men like butterflies to an exotic flower.

Angelo smiled. ‘Do not worry,’ he said. ‘For we shall be seeing more of each other during the next few weeks while I am here and after that, who knows?’

Who knew indeed? Phoebe gave him a woman’s smile of promise and waved goodbye as he turned and walked out. Fancy getting lucky on Pancake Day? It could only happen to the girl from the bush who’d only been teaching for five minutes and made one hell of a rookie teacher. 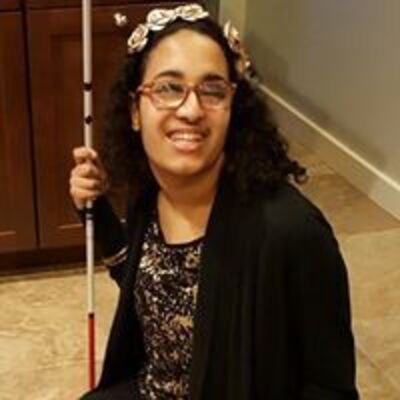 I really enjoyed your story. It was funny and engaging. I liked how you said it from the beginning that The two teachers were opposite in every way both in terms of age and their teaching styles. It made sense that they would be arch enemies. Notifications of the students were humorous and I didn’t expect the romance at the end so it was nice to think of her as getting happily ever after.

Thank you for your kind feedback! It is much appreciated! :-)