(Write the 'origin story' of a person who goes on to achieve great things.)

How seldom we know or understand the origins of people whose names we have come to recognize for having done “perceived” great things.

Why would I use the word perceived?  It is because the person defining “great things” can be a preteen girl frantic with hero worship for the latest and greatest singing idol,  or a family member whose doctor just saved a son, daughter or wife.  It can be someone who thinks it must be the first person to set foot on the moon,  or a Supreme Court justice,  maybe it can be a scientist who found a cure for a deadly disease or a movie star just winning an Oscar.

The thing about “those great persons” is that there might be one or two for a hundred thousand or more persons.  Maybe in the mind of the world, that defines great, an exclusive cream of the crop great but I contend that great can also be,  as in the case of my story,  much more common, usual and normal.  I think many have achieved great things but without the whole story it may not be apparent.  Knowing the whole story allows you the insight into the climb, the obstacles, the problems along the way that must be overcome to achieve a great place in life.

I present to you a man of greatness but not of fame or a singular defining greatness of deed but greater for the constant improvement of self, and those he touched, those he helped and influenced.

While not directly involved in his life,  I have been close by from the beginning.  His was a life of blessings and some sort of curse possibly but it was a difficult thing to watch!

He was not disadvantaged.   He was truly loved.  He was healthy of body and bright of mind creating high hopes for his future.  But life often throws you curveballs,  for no apparent reason!

I suppose there may have been some indications of things to come within his family but it did not become widespread knowledge until he began school.

Just getting to school became an indicator of his intentions to cooperate which were not positive.   He insisted on creating havoc on the school bus,  repeatedly opening the emergency door, much to the chagrin of the driver, until finally he was thrown off the bus.  In kindergarten for heaven's sake!

In class it was much the same,  he was always reading ahead, yelling out answers before others could speak and causing such a disruption that others could not learn.  He spent much time in an isolation area, or the principal's office.   The year flew by and it was decided he should attend summer school and then repeat kindergarten!  I think most of us have never known someone who flunked kindergarten!  How can one possibly flunk kindergarten?

His parents were in total disbelief as they knew he could read and could do some basic math.  Why must he repeat this grade?  And the answers always came back.  “He lacks social skills!”   “Another year of maturity will make a huge difference for him going forward!”

And so off to summer school and luckily he had an excellent teacher, patient and kind,  who thought she had him figured out.  Just keep him busy, keep him challenged and he will stop interfering with others.

The summer school class went on a field trip to the Fish Hatchery where this boy pushed another student into the water filled tanks, and of course the kindergarten teacher jumped in to save the student thrashing about in the water.  It seemed his impulses mastered him when by now, he should have been mastering the impulses.

This precipitated long discussions and the decision to try to find answers or medication that might  help him at the Mental Health Clinic.    He only went for one visit to the Mental Health Clinic where a young fresh and confident case worker would try play therapy.   She assured the parents that she could often pinpoint exactly what was wrong with a child by watching him play.

As I have heard the story,  off they went,  the case worker hand in hand with the boy.  The door was closed and the parents waited in silence,  they wanted so badly to understand!

The case worker screamed,  “There is something wrong with this child!”

That experiment obviously failed!  The mother in tears, the father angry and the boy looking confused went home.

Life continued this way...the boy left disruptions, bad behavior and incidents where he showed no apparent control,  through every grade in elementary school.  His grades were poor, he had few friends and I think the parents had given up hope.  They were often called to meetings at school but there were no answers or solutions, just the endless reports of unacceptable behavior.  The teaching staff resentful that time spent with this unruly and unpleasant child took time away from normal teaching.

I could fill these pages with stories I have heard from other parents, relatives and friends but the conclusion would be, and remain the same,  the boy was incorrigible!

There it is in plain English…...the boy was incorrigible!

I wish I could say or tell you with certainty what happened next, but perhaps as he experienced more and more negative incidents,  as he matured and his control improved, this smart  boy finally understood the difference between good attention and bad attention or he found himself tired of being the target of groups of bullies determined to teach him a lesson….or ??? ...I really don’t know but I will tell you now about the man as we know him today.   You can decide if you think he has achieved great things.

The boy had a love of reading,  he was basically self taught in all he knew,  he was never on the same page or chapter as the class where he sat and then he discovered computers.  At fifteen he built a working computer from scratch and designed a working mouse from a few wires and the case that had once contained a Timex watch.  Yes he was smart but the question remains who or what flipped his switch from havoc to a productive life?   I have no clue!

The boy grown into manhood has had a long and loving and successful marriage, he has a fine son, and in all ways material, he is a glowing success.

Long term successful employment where he is much appreciated for his dedication to his job has completed the stability in his life.

He is a neighbor dedicated to helping all who need any assistance or support he can give.

He spoke to his state government in meetings in support of issues important to his friends and neighbors.  He was a willing and knowledgeable participant!

He opened his home to care for a young boy whose family was in a stressful situation.

He is a concerned and loving adult child who shows love and assistance to his parents.

These are the kinds of things that appear GREAT to me...but of course, I know the whole story.

I am sure many had written him off as a throwaway kid, too troubled to amount to much.  All of the cliches...bad kid, where are the parents?, why can’t someone make him behave?

I still try to understand what might have been going on in that mind.  Why the wheels and gears or synapses in his brain were different?  How did he ultimately master it all and survive to be the man today!   Just questions,  no answers!  I wonder if he knows?

There is the second peculiar thing about this boy,  he never appeared anything but happy.  He was not angry or mean or malicious, perhaps he was just wired differently.

His origins certainly were colorful and most betting persons would not have bet on success, and yet that is the perfect word.  Success!

I feel his achievements,  his successful business life and happy personal  life  warrant the words GREAT!

Hi, Good story. I enjoy the optimistic aspect of it and how through the lens in the story anyone could be great. We often don't see how our own actions make us great, and are too humble. It could also be argued that if a lot of people are great, or perform great deeds, then is that truly greatness? I also enjoyed how you loosely followed the prompt, I think that could be used more around here. Always nice to read something from a creative perspective!

Wow, thank you for your kind words. I worry that I often try to imagine what others may write and then go the opposite way. A writing rebel! Lol. None of us ever know The Who,e story, I suspect the world is full of heroes and heroines we never notice. Thank you again you do fuel my fire! 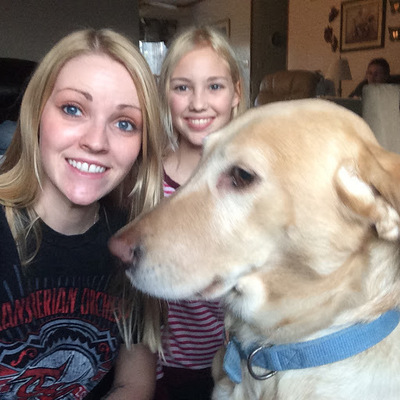 Hello! I am so glad to be part of your critique circle this week. My first thought after reading the introduction was that you have a very Charles Dickens sounding voice. He loves authorial intrusions, and I quite enjoyed yours in this story. I can also say that as someone who teaches at the elementary level I am that person who knows many people who were retained in kindergarten! Again, Ioved the voice in the story as someone on the outside that can see success in an "average" person with a rough school history. Excellent work! I hope you f...

First, I thank you for your time. And then of course, I thank you for liking the story or at least Leaving encouraging comments. I do firmly believe small victories, as in writing small stories, can be built upon Until a platform is strong enough to support something “great”! Not all great things are created equal. I do worry that I often put my slant on things knowing it is not exactly what the group or prompt was looking for in fact! Maybe I am a loose cannon? Ha ha. ! Thank you for your time. Comments fuel my fire!

Many times it's easy to label or not label by not looking at the full picture. Good read.

Thank you. I often worry that my take on the prompts goes too far from the norm. But I thank you for reading and commenting!

You did just fine. Many stories I have read are loosely based on the prompts. Keep up the awesome writing.

You too! The prompts are like a new adventure each week!