The Hot Air Balloon speaks to me. It sits tucked away beyond the rolling green hills in another realm. The balloon is far away on the land of green, flowers, and houses but I am stuck on the sea of rapid waves, storms, and currents. But none of it shall matter because our hearts are bound together like strawberries and whipped cream.

It is not lonely though. It is only I who is lonely. The balloon meets friends every day, from kids to old men.

Today, Gilbert told me that we must sail West, he said that we must go to Marydale island to restock on potatoes and carrots and all the other mandatory vegetables. I hate all those vegetables, they come out with mud speckled on their shrivelled up the skin. Like prunes. I wish everything could be much much prettier. I begged him no because the precious hot air balloon is South but he said we must and I responded with a sad sigh.

Mama found a cat! She brought him home from the port, we recently stopped at a town that was placed on a rough beach. I certainly wanted to go. But she patted my papery hair and said that it was too late. So I peeked from the ship deck as the moon hung like a sweet-smelling candle. She bought something in a wooden carton. As soon as she climbed aboard I opened the dear thing with excitement upon my face and oh it was a kitten!!! The kitten had round eyes like a summer moon and soft skin that was so thick that I could hide a scone beneath.

I named him Sweetykins, Gilbert was furious. So very furious! His face was red as Grannie's tomatoes. But I was set on the name.

I can see the balloon right now as the waves dance underneath the hull.

It is getting scalding outside. Mama got me an extravagant summer gown. It is creamy-white with dotted roses as blue as sapphires. But whenever I wear the darned dress, my forehead beads with sweat and my skin reddens. I wish bigger hats were in fashion because I hate it when my forehead burns.

Mama got me a bigger hat but whenever I wear it, it falls over my eyelashes and I can barely see!

I asked my Mama multiple times if I could go on the hot air balloon. She shook her head with great air as I asked her for the umpteenth time. So I sagged down the stairs with my heavy gown and big hat in tears.

The New Year's celebration was scrumptious! Gilbert sang marvellously, all of us were so clueless as he sang. His voice was so deep and wondrous. Mama made apple pie with wintry pink apples that looked precisely like the hearts of oysters.

Papa bought a piano on deck and I was so surprised when Mama played a woodsy song like a cascading waterfall. Her hands would lift up gracefully as she sang with the voice of a nightingale and played with the grace of a swan. The piano was old and crumbly which did me great. The keys that were supposed to be crisp white were duckling yellow and the black keys were faded and marked with thumb patterns. I tried to imagine all the fingers the piano touched and so so many came to my head.

Now I am lying in bed, trying to adjust the melted candlelight so that it will shine over my whole page at once. But it is not negotiating. For some peculiar reason, the orange light is only shining on a quarter of my page. No matter how hard I try!!!

Yesterday was my birthday! Mama made a scrumptious cake with heavy dollops of white cream and loops of sunshine-coloured icing. The strawberries on that cake were divine! And when I told how excellent the cake was she smiled at me, trying to shield her pride. I also got a wonderful dress of midnight velvet! It was darker and more refined than all of my bright shimmery dresses. I was so pleased. On the very hem, Mama had sewed my age, fourteen.

For my birthday, we stopped in a town by the bay. I and Gilbert rolled down hills, counted sheep, negotiated with foreign traders and other great things.

I finally have a description - a perfect one for a winter sunset. This is it:

"The phoenix of light rests in the hills, shining it's light over the wintry plains, causing dollops of water on the blades of grass and warmth in every heart."

Papa bought me a china doll. With big blue eyes and a silk dress. How I cherished it! It was beautiful. As soon as the dear doll touched my fingers I made a pledge to never leave her! Ever! And I named the sweet thing Margot!

I begged Papa to take me to The Hot Air Balloon, but he stated that it was much too far, but I swear that I could see a peak of its bright fabric o'er the South hill.

A girl that I met at the market told me that it was wrong to love a cat! Was it? I was so so scared. I ran to Mama. Mama shook her head with a curve pulling on her lips.

"No, Joan, dear! Love is not a rule, it's a blessing and a gift! And I think Sweetykins needs a bath. I got new soaps for you!"

I was so so relieved that I took the faint purple lavender soap that Mama had got me and scrubbed with happiness shining on my face the whole entire time, even though I dread washing Sweetykins.

I felt the balloon smiling over me the whole entire time.

In 18 years it is going to be 1800! A new century! Gilbert is going to marry someone. I really don't know about her. Her name is Bernadette. She is beautiful with honey-blonde hair that I always wished I had and perfect white teeth. But she's too perfect. I told Gilbert my thoughts but he shook his head and told me I was being incredibly rude. I told him that he was the one being "rude".

While Gilbert and Bernadette were having Mama's delicious sugar cookies, I took the time to write my thoughts about her. Here they are:

"Her hair is honey - crisp from the hive, it flows to her waist perfectly. Her hair is dotted her hair with honeysuckles and marigolds which sit like masterpieces in her river of gold. Her eyes look like branches from the deepest forest, speckled in light green moss. But her smile is irresistible, she holds it so carelessly and it has a miraculous ability. To warm any heart."

Mama and Papa finally agreed to take me to the Hot Air Balloon. We began to sail a week ago, but they told me that this was my birthday gift. I had no doubt upon my mind as the balloon came closer and closer.

I can finally see the balloon's marvellous patterns. The balloon is divided into two parts. One part is striped in pale gold and violet and the other side is coloured like a waterlily. Very very beautiful. The base of the balloon is deep deep yellow like a hive that I once saw in the forest.

When I rode upon it, I could see everything. The hills. The snowy peaks of mountains. The frosted white plains. The shivering sea.

It was a miracle that I would never forget.

But soon after Mama, Papa, Gilbert, and I landed. The balloon burst!!! Its fabric was thrown around and singed with black. My heart was heavy and I wanted to sink on my knees and cry for my beloved balloon. Because each piece had watched me and taken care of me and missed me. But Mama pulled me away as they cleaned it up. I managed to get a hold of a slip of turquoise fabric. In my hands, it feels forever alive. It carries all my memories within it. And I am for sure that I will never ever forget the balloon. 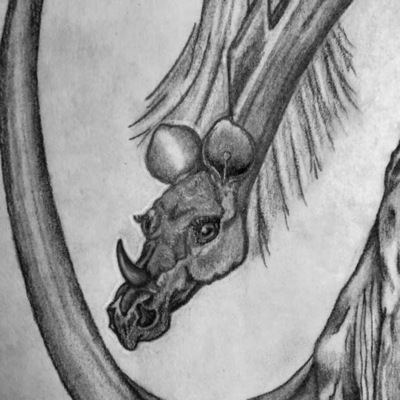 Hi Z.H. Thank you for sharing your story. Journal entries are always interesting to read. At first I thought the grammar needed work, but as I read further, I saw that it was the journal entries of a child, so maybe that is what you intended. I look back at my own journals and see the same sort of errors so I am not sure that correcting any of it would make the story better. It feels authentic as is but I am not a publisher or editor. I was a little confused by a new year’s celebration being mentioned, in past tense, on December 31s...

Thank you so much for reading and the long and thoughtful comment! If you enjoyed, please like the story!!! I didn't have a lot of time to edit this story for all the grammatical errors. "Great" is means something different to different people. This story isn't based on a real-life person. SHe lives a great life afterwards because she doesn't have the burden of the balloon waying her down and she understands the meaning of loss.

Thank you for the explanation! I meant to like the story but once I approved it, it was too late. I will find it again and like it. 😁

It confused me a tiny bit, especially when you said that the Mother played Fur Elise before Beethoven even wrote that song. But, great story anyway!

Oh, I didn't realize that. But I'm glad you liked the story!