I stare at the comic in my hands, the one I just got from a huge yard sale across the street. The smell of fresh, crisp paper fills my lungs, and I take it all in. I stare at Superman, who's on the somewhat faded front cover, and try to imagine being him. Being handsome all the time, a red cape flowing in the wind behind me, and my confidence off the charts. Plus, having superpowers. It seems awesome to have a secret that nobody else knows about, or having something that nobody else can have. “I don’t care what you say!” I suddenly yell, jumping on my bed and hitting my bed on the bar above me that secures Giana in her bed while she sleeps, “Superman is the best and that’s final!” I hold up my comic book, which has Superman standing on an invisible platform, his arms crossed, looking as serious and intrepid as ever.

My best friend, Benjamin Wells, shakes his head at me. “Dude, Superman is vulnerable, because his weakness is Kryptonite! Superheroes are trash if they can be defeated by something.” He tells me, plucking the blue comic out of my grasp and throwing it into the silver trash can beside my bunk bed. “Besides, I’m- we’re not into those kinds of things anymore, right? Because superheroes aren't as impressive as they used to be, and we're more mature now. Just saying, I think you should throw away those comics. They make your room seem babyish.”

I look away from him, mentally apologizing to the comic in the trash, as if it understands me. “I-I don’t want to let that stuff go!” I mutter under my breath.

I sigh and nod my head, not wanting Benjamin to be frustrated with me. “Right, yeah,” I say.

“Good! Now, let’s go outside and look for something to do.”

“Bye!” I reply half-heartedly. I get off of my bed, grab my superhero comics - all of which I’ve collected from yard sales, garage sales, and friends - and sigh. “I honestly thought that Benjamin knew I’d never study.” I hesitantly stuff the comics deep into my closet, wishing I could stuff myself in too, and stay up all night reading them.

Benjamin doesn't understand that these comics were my childhood! I can't just get rid of them so quickly!

Lately, though, he doesn't seem to understand anything. As he's been telling me, he has a girlfriend now, and he's popular. He probably doesn't want someone like me to ruin his reputation, so I guess he's trying to 'improve' me in his own harsh way.

Someone shuffles into the room, their socks making padded footsteps sounds on the wood floor. “Ugh, are you still hanging out with that jerkface?!” My older sister asks, rolling her sky blue eyes, which are exactly like mine and my mother's.

“Giana, you used to like him.” I remind her, rolling my eyes.

“Yeah, that was before he became so full of himself!” She exclaimed, her footsteps pounding against the floor now, even with her dirty socks on. That’s when you know Giana’s aggravated. “He treats you like crap! Like, so what if you like Marvel?! You should've told him to stand in the middle of the street and see what happens.”

“You can’t say that!” I murmur, burying my head into my pillow. "Besides, I don't want to be as rude as you."

“Giana Lucia Parker!” My mom starts, her voice firm. “Do I hear a forbidden word being spoken in my holy home?!” She yells, stomping up the stairs. Though unlike Giana, her stomps barely make a sound. It was her secret weapon.

“Uh-oh! You’re in trouble, Giana!” I purr, a grin appearing on my face. Giana gives me an irritated glare and sticks her tongue out at me. Then she runs out of my room, a confident smile on her face. Giana's on track, so she knows that running away from Mom will be a breeze for her. What she doesn't know is that Mom is a fast runner when she wants to be, so Giana's in for a treat.

“Where is she, Nathan?!” My mother asks me once she gets to the doorway of my plain, navy blue room.

I shrug, a knowing smirk on my face. “And why should I tell you? What do I get?”

Mom sighs, giving me one of her famous looks. Even Iceman would be a block of ice once he saw my mom’s glare. I start to pull my phone out of my short’s pocket, and press record on my voice recorder app that my mom threatens to uninstall, but never does.

I can use this opportunity to get more comics because I'm an addict and even I know it. Besides, I have free will and I'm not Benjamin's slave. Just because he wants to keep his 'precious' reputation doesn't mean I have to sacrifice my love for Marvel heroes and just superheroes in general. I will be brave, just like Thor!

“Am I your favorite child?” I ask, an innocent smile forming on my face.

“Do you want me to tell you where Giana is?”

“Will you buy me more Marvel figurines and comics?”

“Yes!” Mom exclaims, getting impatient. The periwinkle-colored bar of soap in her right hand was getting squashed by how tightly she was gripping it with her sweaty fingers. In addition to the soap, she's holding the Bible and some holy water in a tiny glass jar. Her clear blue eyes narrow at me.

“One more thing… do you promise?”

“Okay!” I say, satisfied. “She went that way!” I point to the left, turning off the voice recorder and saving the recording.

As Giana hears Mom coming, she shouts at me. “Ugh! Really, Nathaniel?!” She yells. I don’t know why she feels the need to say my first name instead of my nickname. She has done this every day since she was 12 and I was 11. We’re twins, but she was born at 11:59 on December 31st and I was born after. Five minutes after. I remind her of that every day. Honestly, I don’t really care. In fact, I love being the younger twin. I simply like fighting with Giana, whose interests are so different from mine. “Mom! I’m not being possessed, I swear!” I can hear Giana’s cries coming from the bathroom, and the tangy smell of apple cider fills the room, giving it comforting vibes. The taste of cherry jubilee ice cream from the cute ice cream place around the corner lingers in my mouth.

“Nathan, your phone’s ringing!” My little sister runs into my room, carrying my phone in her little hands. “It’s Zalia, good luck!” She winks at me. I smile at Kaylah, giving her a hug. She giggles.

“Oh, you’re such a sweetie! I was wondering if you could give me the answers to the math homework?”

“Sure, Zalia! It would be b-better if you came o-over though.”

“You can’t just give me the answers on the phone, Marvel freak?!”

“I’m really sorry, but no. It’s hard to ex-explain.” I say, feeling a bit bothered by her remark.

“I’ll be there,” Zalia grumbles, hanging up.

“Talking to that stupid Zalia again?” Giana asks, rolling her eyes at me.

Giana sighs, raising her eyebrows at me. “She’s not right for you. She's not good for your mental health. All the negative talk and nonsense is stupid, just like her.”

I glare at her. “Who are you to decide that?”

“I am your father, Luke!” Giana teases, marching into our room and pretending to duel me.

“That’s Star Wars!” Kaylah and I remind her, sighing and giving each other looks and smirks.

"But Giana is right in a way, Nathan. Don't you want to be just like Oliver Queen? Not stubborn, but like... not changing for anybody except yourself? Something like that."

“Mom!” I call, wrapping my blue weighted blanket around my neck like a superhero cape. My weighted blanket, meant to be comfortable and help me with anxiety, is heavy on my shoulders, so I throw it back on my bottom bunk. “Let’s go get some Marvel comics and figurines before Zalia comes!”

Giana and Kaylah both sigh. “Here we go again.” They murmur, crawling up to Giana's top bunk.

“Besides, who said that Zalia is coming to our house?” My mom asks quizzically.

“Mom, forgive me, but I think you meant ‘that unreligious, spoiled brat named Zalia.’” Giana adds, giving me a noogie.

Mom sighs, coming into our room too. She leans against the tall white dresser against the wall vertical to the bunk bed. "Giana, I bet that at home she's a real sweetheart. She just seems to despise Nathaniel for whatever reason." She says, probably glancing at me to see if those words made me think about something I've done.

Kaylah has a worried look on her face, and she's chewing on her bottom lip. “She called you ‘Marvel freak,’ Nathan.” She murmurs distractedly, twirling her stick-straight brown hair in her hands.

“It’s fine, Kaylah. Everyone in school calls me that. I’m used to it.” I reassure her, smiling and rubbing her shoulders.

“But why do they call you that?”

I flinch noticeably, avoiding Kaylah’s interrogative sapphire blue eyes. “Because I collect a lot of Marvel comics and figurines? They know I’m obsessed with Marvel, so yeah.”

Giana shakes her head, her straight brown hair whacking me in the face.

“That’s really messed up. I happen to know that Zalia still loves Mickey Mouse. Would you like to get revenge?” She asks, a mischievous look on her face.

I work at a library, and there are definitely some kids and young adults coming in there who are as obsessed with comic books as Nathan. I think you did a pretty good job of capturing the kinds of things that may go through their minds. You certainly did a good job at describing the common interactions between siblings in this story. I haven't read your newer ones yet, but in this one, the dialogue was a bit hard to follow for me because of the way the sentences were written. For instance: "'Would you like to get revenge?' She asks, a mi...

Lol, thanks Gip! I tried to capture the 'obsessed with certain types of magazines, books, comics, etc. Thank you for the advice, I look forward to using it for my next story, which will be coming out soon.

Thank you so much! Sorry it took so long for me to reply, I've been on a hiatus, but I'm coming back! :D 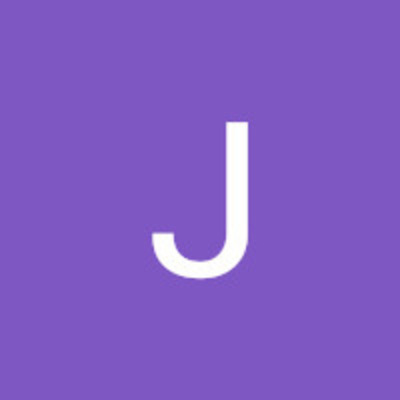 Thank you a lot, Sofia.