You told me you went to the doctor for a simple yearly checkup. With that special glint in your eye you smiled a cheeky grin and waved as you shut the door behind you.

I miss your smiles.

It had started a month before. You were silently crying in our bedroom. You, like any other man I know, never cried. As a woman I cried about minuscule things here or there. I tip-toed in and asked you what happened. You shrugged and said the allergens were out of control. I knew you were making up pseudo excuses, but I didn't want to pry or cause embarrassment.

I wish you would have told me.

Days passed and I forgot about the bedroom incident, your usual happy go-lucky personality seemed dampened but not put out. I told myself that you were just having a hard time at your job or that you were having friendship troubles. I just didn't want to believe that something worse was going on.

I should have pried.

You went to the doctor again, just to 'check up on something.' I wanted to question, to plead for the knowledge you held, but I stopped myself. I didn't want to be a pest to you. You came home wearied but went to the doctor again the next day. Then I decided to ask you what the appointments were about. I questioned you one evening after we had cleaned up the home. You had gotten home from a long day of work and I had just finished putting our our toddler to bed. I could tell you wanted to tell me. I heard you whisper as if talking to yourself, "Just say it".

I wish you would have said it.

I knew you were regretting not telling me but you just kissed me on the cheek and told me that it was nothing to concern me. I sighed. Why hadn't you told me?

I should have known it was worse.

One day you didn't return home. I thought that one of your meetings had just gotten later than usual and you didn't have time to call me. I let it go. You usually arrived home at six or seven, so by the time of midnight I called your office.

I frantically called friends houses, your parents', I called co-workers, cousins, aunts and uncles. I called my whole contact list. I cried into my pillow every morning and every night. I whispered pleas and I held our daughter as if she would lead me in the right direction, towards you, but she just babbled nonsensical words of baby language.

No one ever knew anything about where you had gone.

Two weeks passed, posters with your picture were plastered around the town, police were on your case. Every time my phone rang I felt a bursting happiness. It could be you. But it was usually just someone expressing their sorrow over the situation.

I was the most sorrowful.

A year hardly seemed to pass. It seemed to go as if each day was one-thousand and one. The police finally declared you dead. They didn't know if it was done by your hands or another's. I knew it was neither. I knew that you had no enemies and that you would never resort to the depths of hurt deep enough to kill yourself. You were either still alive or died of natural causes. I tried to seek you out.

I finally found a clue.

One day I found a file in your desk. It had normal work papers that were seemingly bland, yet I still cried tears of utter grief over them. I had lost you and that was enough to lose myself. I found a note in yellow paper that stood out against the rest. It had your picture-perfect handwriting, looped and graceful. I was always envious of it. Your note was directed to me. This is what it said,

Yesterday something that was never planned made its way into my life in the form of a deadly disease. My perfect life with you and our daughter was broken. I have been diagnosed with deadly cancer. The doctor says it is the worst type, it slowly snakes its way into your blood and kills you over the course of a year and a half. Thats a year and a half of knowing that you will die. I didn't want to burden you with this news. I knew you would slowly die with me. I thought that if I disappeared you would be mad, not guilty or regretful. So that's what I am going to do. By the time you are looking through my private work files you will be hopeless. I will be long gone. I might already be dead. So to find out that I passed in peace (which I will) you can contact this number:

A year only had passed, you were most likely still alive! I embraced that fact, and called the number with passion. I explained who I was without giving the person a chance to talk. When the voice finally whispered a word I was overwhelmed with emotion.

You were the person that answered.

Before you could hang up I tracked where the number came from. I tracked you down and traveled to where the phone had answered.

I worked to find you.

I entered a long dark room where you lay. It was moments after your last breath. You passed from the disease. You had escaped me in order to help me, but the unknown hurt more. I held your head and cried tears of death. I had watched too much Disney, I half expected you to breathe again, look at me, and kiss me.

You are my love. My beloved. I will tell your story so that others don't try to escape reality like you did. I miss you, my dear sweet Aaron. This letter is a letter addressed to someone who will never read again. It is for the eyes of a person who will never see.

I just wanted to let you know, you have helped me get where I am today. I am a world-famous counselor. I help people not do what you did. I encourage families to stay close together before they are thrust apart. You helped me get here.

You are my only.

Wow!! This is such a real case scenario, about the fact that people know that they aren't going to live more than a year or whatever, but don't tell their families, because they don't want to feel as though everyone would tensely be sad and upset... You know what I'm saying. It was so beautiful, and a privilege to read. It made me quite sad. I would love it if you could check out my stories too! XElsa PS: My cousin is called Aaron (irrelevant, i know, but I just felt like telling you)

Thanks so much for reading, Elsa! I thought of this, and hoped that people would find it realistic and close to their heart. I love that you know someone named Aaron! You are the second person! Thanks -Rose PS I will read your stories soon! 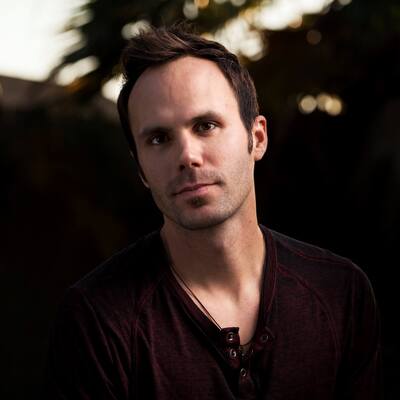 Well, I had to start reading this story because the character Aaron has my name haha. But I continued reading and was pulled in by the emotional journey. A bitter sweet ending indeed.

Thank you! I’m glad I got your attention, (even if I didn’t know I would!) thanks for reading!