He always felt he had to make them happy. So he did nothing, for to do anything could lead to sin. Now, as he approached middle age, sitting in his bedroom, sleeping in a twin bed, he was alone and, dear god, it hurt like hell. He'd been courting a woman the year before, and they'd spent a wonderful evening together, but now he was all alone. He had a female friend, but love was elusive. So, per the suggestion of another female friend, he headed to the bar to drink.

'Marcella's' was crowded, as it usually was on a Friday, and he headed to the bar to order a watermelon vodka. However, he chickened out and had a ginger ale instead. He chose a corner booth and tried not to weep at all the couples in love. After all, love was just a fairy tale. He was sipping his drink, eyes averted, when a husky voice interrupted his train of thought. He looked up into the rich, passion-filled green eyes of a goddess, who, he would find out, went by the name Miranda Muse. She sat down and his life began to change.

"Greetings." She announced this in an almost paradoxical style, for though her greeting was pleasant, her demeanor was far from it. "What the hell brings you to this sorry excuse for paradise?" He smiled at this. She seemed as bitter as he felt. Maybe he wasn't all alone after all.

"I thought I'd come and drown my sorrows."

"With ginger ale?" He laughed at this and invited her to sit with him. She sat, crossed her legs and glared at him."What's your name? Tell me or else when they write this part in my fantabulous biography you'll be known as he or him. So, what's your name, little boy, what's your name? And don't you dare say puddin'tain."

"It's Marc, Marc Stacy. I want to either die and get out of this life or else grab the brass ring and go bat guano on the world." Miranda threw back her head and roared with laughter, a laughter that felt like a baptism into a new life.

"Well, then, let's blow this ginger ale stand and hit the road to that brass ring."

"Ambrosia!" This word, uttered by Marc, was because of one thing; watermelon vodka, in a shot glass, chilled to perfection and downed the Russian way. He and Miranda were at 'Cooper's Bowl' where he was about to mark off the biggest item on his bucket list; bowling with drag queens. The 'girls' of the drag queen convention 'Irene's Wine Coolers' or 'IWC' for short, were going to be his fantasy come true. He hoped they knew how to handle balls, bowling ones at least. They did, and though he'd had the time of his life, they walked away with the trophy; the chest area of a mannequin filled with gold foil wrapped chocolate coins. He thanked them all, got a few numbers, one marriage proposal and one paternity suit (this was from one of the 'girls' who'd had one too many shots). Miranda gave Marc a look that said what next without saying a word.

"VEGAS!" And off they went to the next adventure.

"Welcome, to the world's best place to go broke!" Marc held his arms wide and gestured like a televangelist gone off the deep end. Miranda doubled over with laughter and then, upon straightening, smiled wickedly.

"What is your desire, my friend?"

"I wish to retrace the steps of the cast of 'Go'!"

"Well, I, for one, agree with your plan. And we shall do it." Miranda looked at Marc and she saw him in a different light. "You know what? I'm falling for you. I need you and your love." Marc wrapped his arms around Miranda and held her close. He gently kissed her forehead as she finished her unforeseen outburst. "Don't let it go away. This feeling has got to stay."

"And it will." Marc was taken aback. This was new, being wanted so badly by a woman he barely knew. It felt good, hella good. No doubt he was going to love this! He grabbed Miranda's hand and off they went, retracing the steps of those wild and crazy youth in Las Vegas of the late 1990's. They ended their night at a 'Denny's' with the used, abused and amused. Unknown to Miranda, Marc had managed to snag an engagement ring at a little Korean jewelry store and so, getting on one knee, he proposed to her.

"Miranda, will you be my muse for life, and make me the happiest man ever?" Miranda's eyes filled with tears as she nodded an affirmative.

(Editor's Note)- This was the start of big things for Miranda and Marc Muse-Stacy. Their lives together would spawn parties, catchphrases and even a board game. They would start a soda bar version of 'Marcella's' where there would be a large assortment of ginger ales. They were known for the phrase 'Ambrosia!' which swept the country and then the world and was on everything from outerwear to underwear. Their faces were very popular as tattoos and, when Marc had a heart attack, the whole world prayed, even the atheists. And, yes, I'm getting to the board game. It was called 'Muse This' and had questions about hipster life since the beginning of hipster time. It's in its third edition now. They also made Ludo the game that brought the races together. They are still, even as they approach their 20th wedding anniversary, like those crazy hipster kids lost in a sea of confusion. But in all that confusion they've held on to what made them them; their warped senses of humor, their love of obscure movies and music and their enjoyment of just being free as the wind. So, Miranda and Marc Muse-Stacy have discovered that all they both needed was each other to be really and truly free at last. 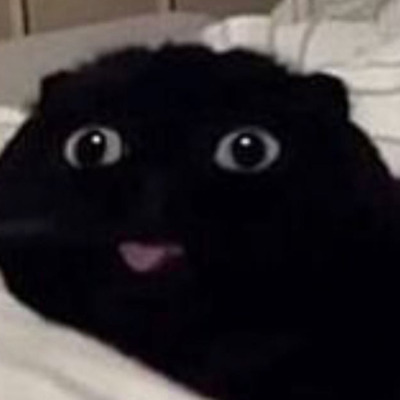 Awesome story! It was very uplifting and fun, and I like how you used the dialogue to give the characters personality.

Thank you so much! Glad you enjoyed it.

I liked your story Scott. I liked the conclusion especially. So all they needed was eachother. I loved the humour of both Marc and Miranda. I just love how simply you developed your story. Great work Scott. Please keep writing. It would be an honour if you just looked at one of my story. Great work,again.

Thank you so much. I'm very glad you liked it.

Good story! Mind checking out my new story? Thanks.

Thank you so much! Glad you enjoyed it!