"CHALLENGES ARE OUR GREATEST TEACHERS" 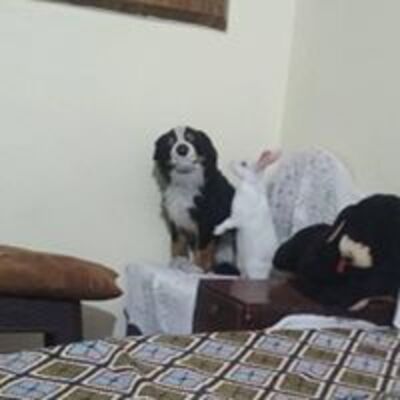 A magic happened, a little girl born on the plannet. She grew under the superb guidance of her elders. They made her strong, independent girl so that she could face any challenge and hardship in life. In return, she didn’t let them down. She didn’t just become strong and independent but also become bold, confident and a fearless girl who can achieve almost anything in her life. In addition to this she is a well mature girl for her age and an amazing friend ,daughter ,granddaughter. She opened her diary, it was her daily routine to note down how her day had passed. This habit was imbibed in her by her grandfather and she will be always thankful to him. Tonight there was a smile. She started.

She never realized what courage it took to hold to visions and dreams at that age, but she did. She kept her ritual and by sixth grade, She was performing on her elementary school stage. She studied flute and played in the orchestra, often having solos.

By the time She reached high school, her skin had cleared quite a bit. She was in a musical, singing. Challenges are our greatest teachers … if we’re paying attention.

In 2015 she was diagnosed with brain tumor, shocking news for everyone. she felt especially betrayed by her body because she was good dancer. She  eat organic vegetables. She floss her teeth. How could there be parts of her body that were no longer adhering to the plan that we’d all been following for the last 21 years? While she couldn’t change the fact that she had tumor she could control her response. Mountains have played many roles in her life. They have been a peaceful, healing sanctuary for her; they have been a means to grow and to explore her capabilities. They have also expanded her confidence and tested her resilience. Most mountaineers have a dream mountain, one that is barely on the safe side of their comfort zone, a mountain that will push and test them more than any other. Most of the people in her life created lists of reasons that she shouldn’t attempt it. Her climbing coach broke up with her. The body language of her friends changed when she talked about it. Her sister asked to update own will. She believe that everything in your life has led you to this exact moment. The lessons you’ve learned, the people you’ve loved, the mistakes you’ve made. Everything. Furthermore, the universe wouldn’t have brought you to this moment without a reason. And if at this moment you are facing a challenge or a decision, then you most certainly wouldn’t be here if you lacked the capability to grow and expand into a better version of yourself.  Some challenges threaten to break us, they test our resolve. This is where the greatest lessons live. When we choose a path that pushes us, instead of shrinking we become bold. We move closer to the best version of ourselves.  And, most importantly, we become an inspiration for those around us, the little girl learn from the life journey. And know that you are capable of more than you will ever imagine for yourself (She realized during the life journey ). During that time she made the decision, at 21 years old, to become a Software Engineer. At the time She was studying as an another school  in India. She wasn’t satisfied with the study she was doing, didn’t feel challenged, and quite frankly she was bored. This article has been a challenge for her to write, because she didn’t see herself as bold. She didn’t see the things she’ve done as monumental enough to be classified that way. That gosh darn Imposter Syndrome! The more stories she hear from bold women and gender diverse people though, the more she find that they don’t see themselves that way either. There always seems to be someone who has done something bigger than we have. Someone who has pushed against bigger boundaries or thrived when the stakes were way higher. Who are we to claim that we are bold? We tell ourselves these internal stories, that if we are not the boldest then we are not bold at all. The truth is though, that you don’t have to win a Nobel Peace Prize to be bold. You don’t have to climb the highest mountain, or swim the widest sea either. Although those things are bold indeed! Being bold is standing up for someone who has been wronged. It’s chasing a dream. It’s taking a risk. It’s changing anything for the better, no matter how small. She still struggle to see herself as bold, but she was trying her best to change that narrative. The one that tells her, “who are you to write a story about being a bold woman”? She going to keep moving forward, and taking risks, and she hope that you do the same. She always thought of herself as a confident and competent woman, but it wasn’t until she was faced with death did she realize how BOLD she really was, and needed to be, to stay alive. She believe we’re born bold. It’s within all of us. However, whether out of fear or judgment, our own beautiful boldness often remains undiscovered. A woman’s struggle and her achievements are often ignored in our country. Except for a handful number of women, most of them don’t get the recognition they deserve. This mainly happens because of the lack of opportunities, platforms to express, people to appreciate and encourage them. She spent the next four months in the hospital where she was treated with experimental medication to control the crazy tumor. By 2018, she had been in what was classified as “end of life”. Her goal was to stay alive long enough to see own success in study or in other hobbies. The power of BOLD positive thinking, her supportive family and friends, her faith, and lots of laughter helped her through those final years of tumor treatment. In writing this all down she realize, yes, I really am BOLD. I am brave, courageous and willing to take risks. She have made it through this journey and still can smile and laugh.

Very well done. Enjoyed it. Since my imagination is in full play as I write I tend to have many grammar issues so go to grammar check where there are freebies to check out your story. Overall great story

thanks for the feedback !

So there were quite a few grammar mistakes, and to be honest they did disrupt the flow a bit and made the story a little harder to read. That being said, the story itself and the message behind the story are so powerful and important that I couldn't help but feel moved by it and I had to click the like button after reading it, well done!

A beautiful story, Swati! Mind checking out my new story? Thanks.

This is a story that rewards the reader at the end. It could benefit from being broken into more paragraphs and a few grammar checks (mostly verbs). That would help it become more of a 'story' and less like an essay. The theme is an important one, and we all need hope, all through our lives.

thanks Kathleen March! And your suggestions are help me lot to improve my skills.