Elspeth Hully was a quiet child. She doted on her Dad and loved to help him in his workshop. He, in turn, loved fixing things and woodworking. She would stand beside him, like a surgeon he said chisel and she slapped it into his waiting hand. Their time together was not silent, though. She chattered about school and things that happened to her. Then one day, she said something which made him stop and look at her closely. “Daddy, can you see colours?”

“Yes Ellie, of course, I can see your dress is red, my overall is a dirty white, what brought that question up?”

She looked exasperated. “I did not mean like that, Daddy! I mean the colours around people.”

“Ah, you mean auras. Some people can see them, but not me. I’m a practical man. I don’t go in for all that spiritual stuff.”

“Daddy, I don’t think I mean auras, I mean the colour of people.”

“Well, that’s easy, you’re white, your cousin is black, that’s because she’s adopted and your Aunty Riya is brown. That’s because my brother married an Indian lady.”

It exasperated her. “Daddy, you are silly mean the colours swirling around people.”

Puzzled, he sat on an old drum and looked closely at this precious child, the one he and Nina thought they would never have and wondered what was going on in her head. “No, Ellie, I do not understand what you are talking about, tell me more.”

She heaved a sigh and also sat on an upended drum. “Daddy, I thought everyone could see, so I asked Lucy at school what colour she thought Lance was, he’s always bullying the smaller children. I think of his colour as mud brown with swirls of red. When he goes to do something nasty, his colour turns a sickly red with brown swirls and it spikes out towards the person he wants to hit.”

He sat there a moment and considered the import of what she had just revealed. “My girl, that is a gift, like a superpower, you must not tell everyone you can see this. It would be best if you told no-one it might get you into trouble. You can talk about it here with me, but otherwise keep it to yourself. Can you see from a person’s colour what they will do? Can you see if someone is sick?”

She sat silently for a long time, brows drawn together. “I can only see things like that sometimes. I can always tell if Lance wants to be nasty, his red spikes, but otherwise, it curls around him. I don’t know about sick people. When I went to the Doctor’s surgery with Mummy, there were lots of patients waiting and funnily enough most of then had colours curled tight around them and they were not shiny bright, but I could not tell where they were feeling sick.”

“Hm. I think you’d better keep all this to yourself for now. Come on, it’s time for supper, let's see what Mummy has made for us today.”

The next week at school, the principal, Mr Lee, called her into his office. She saw his colour, much like that of Lance, muddy brown, with a dirty yellow shot through with green and that familiar red. It reached out towards her. She stepped back a little and stood with downcast eyes. “What’s this I hear about you seeing colours?”

She knew she had to get out of his office and now she understood what her Daddy had said. “It’s nothing Mr Lee, I think Lucy misunderstood me, I was talking about the jersey Lance was wearing.”

He looked hard at her, then said, “What colour am I?”

She tried to look wide-eyed and innocent. “I don’t understand what you’re asking, Mr Lee. You’re white like I am and you’re wearing a brownish jacket with a white shirt.”

He went red in the face. She could see he was about to shout at her. Then he took a deep breath, “Elspeth, I think this is a fuss about nothing. You're not very smart, are you?”

She swallowed, there was a lump in her throat and a tear trickled down her cheek. He looked at her again and saw a snivelling little girl. He had hoped to contact a friend in government to see if they could use this supposed power, but it was apparent to him there was nothing here to follow up.

He thundered as he waved his hand. “Get out of my office!”

That evening she told her father and promised to keep her power to herself.

She finished school as an average student. She had no burning ambition, so she went to the local secretarial college. Her colleagues saw nothing exciting about her. She was not pretty or clever. They left her out of their cliques, which suited her fine. She graduated with an acceptable pass and went to work for a firm of solicitors, Greystone and Black, mostly doing conveyancing work.

She loved seeing the colours of the people as they came to see her boss and later to collect the keys to their new homes. The way the colours swirled and reached out, almost entwining with each other, was very satisfying. Until one day, a couple came in. He was a softly spoken man with a light blue shot through with turquoise and touches of green. His colour reached out to the woman. She rebuffed his gentle advance, which was at odds to her words. She smiled at him, yet her face was hard, her colours a harsh yellow, brassy green with spikes of deep ominous red, tightly coiled around her. “Darling, this is so exciting, our own house. It’s a pity we couldn’t get that big one, though, but maybe you can work harder and we could afford it soon.”

After they had gone, Elspeth whispered to her boss, “That is one marriage not made in heaven. All she wanted was what she could get out of him.”

Her boss looked at her, “You’re always so spot on with our clients. I agree with you and think they will call my associate for a divorce soon enough.”

Some months later, as she walked down the street, she saw the man. His colour was dim. He looked defeated. She said, “Hello, Mr Porter, you are looking very down. What’s happened?” She knew perfectly well as she had seen the papers transferring the house into the wife’s name.

He looked at her perplexed, then his face cleared, “Pardon me, I did not recognise you at first, you are the lady from the solicitor's office.”

She smiled and nodded, “Come, let's have a cup of coffee. You can tell me why you look so miserable.”

They sat and chattered. Well, no, he poured out his troubles about his wife. She had been seeing other men all along. As if that was not bad enough, she had accused him of stealing all her money. She said if he gave her the house as a divorce settlement, she would not go to the police.

Elspeth listened while she watched his colours swirling around him. “Did you steal her money?”

“No, of course not. I didn’t think she had any, at least that’s what she told me when we first met.”

“You’re well rid of her. I’m sure things will get better for you soon.”

A few months later, he appeared at the office with a bunch of flowers. “These are for you. Thank you for listening to me. I am moving on. I have a new job which comes with accommodation so I can save for another house, but I will be more careful in the future.”

She smiled at him. His colour was back to being a lovely blue and now it had golden glints too. Her boss came out and looked questioningly at the flowers.

She smiled, “I met Mr Porter for a coffee a while back, these are a thank you.”

Mr Greystone looked hard at her, “You are a very perceptive lady. I wanted to tell you I am retiring soon and moving to Scotland. I have always admired you and wondered if you would consider joining me?”

She had always liked his colours, like a heather mixture, brown and green with hints of pink and purple. She thought about how appropriate he was moving to Scotland. His proposal was a shock, although she had always been aware of how his colour reached out to her. Until now, she had no inkling of the depth of his feelings.

After their quiet marriage and move to a beautiful house in Scotland, she told him of her ability.

He smiled. “I didn’t know you could see but always knew you understood people. My Grandmother came from these parts and she saw things too, its nothing surprising to the people in these parts.” 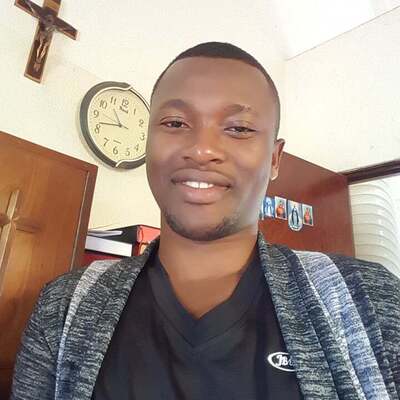 Wow. Its interesting and engaging story. I read it twice to really comprehend the situation and at the end, I fell in love with its fact of the choices we make in life and live by it. Great job. However, you need to read it again. There is text inconsistency where it didn't agree logically to what you wanted to mean and some punctuations error in your complex compound sentences. Finally, there is an incorrect verb. Apart from those, unless that's how you prefer it, I must share Thumbs up as I wait for more art from you.

Thank you for your comments. It would be great if you could point out the text inconsistency and the incorrect verb. It's always important to learn don't you think?

This was a wonderful story and I loved reading it! I liked how a lot of the focus was not exactly on the power but how it was used and how it affected the character. Life is rarely about what we are given, but rather how we react to it.

Thanks,yes very true. I thought it wold be fun to look at a power in a different way.

I love the simplicity of this story. I was expecting some big, crazy ending, but you took the classy road. The story was less about Elspeth's powers, and more about how she handled them. Great job!

Thank you. Maybe that's what we all need to look at, how we handle things.

What a beautiful story. I really enjoyed reading this Felicity, well done

Wonderful portrayal of Elspeth's emotions. The Dad is also a very sweet character with a great introduction. All in all, very well-written story! Also, would you mind checking out my story if it's not too much trouble? Thanks and good luck!

Thanks, I wanted the sense of an older father and his gentleness to guide Elspeth. I’ll look at your story. 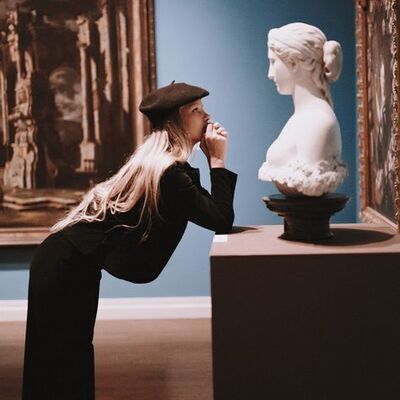 Great portrayal of Elspeth’s ability, the way you used colors as her way of understanding people was very fascinating. This story was very unique, and I really enjoyed the ending. Well done! 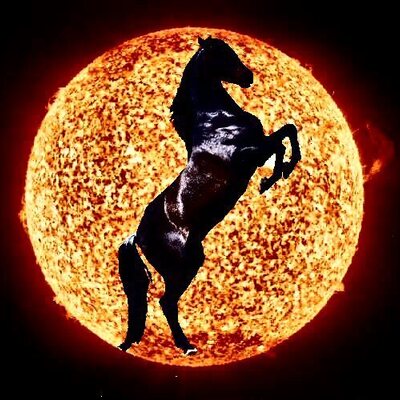