One dark and stormy night The Silver Slayer sat plotting in his house. He was plotting on how to defeat his enemy, the Tin Foiler... One day, Tom was sitting minding his own business eating a hotdog on a bench in the park. Suddenly out of nowhere, The Tin Foiler walked right past him! The Tin Foiler was a wanted criminal around the world and Tom was surprised that he was walking around in public like this, because a big award was offered to anyone who could catch him. The Tin Folier walked up to Tom and looked at his hotdog and spoiled it! This was one of The Foliers greatest powers, spoiling food. This brutal act made The Tin Foiler and Tom enemies for the rest of their lives, but before Tom would seek revenge (and another hot dog) he knew that he would need to become a super being himself. His hotdog being spoiled was such a violent act of horribleness, that his anger gave him no other choice but to be a super villain.

Tom quickly rushed to his garage to look to see if he had anything that could help him become a supervillain, that's when he saw this morning's newspaper that he didn't get to read, it completely distracted him and he forgot about being a supervillain until he read an ad in the paper about The Tin Foiler. It said that a rumor was going around that he used to be a normal human being like everyone else, then he was cut with a piece of tin and that turned him into part tin can and part human. It is said that is how he got the tin part in his name, The Tin Foiler. Tom thought that this was odd and he knew that it obviously couldn't be true, so he ignored it and decided to start to work on making anything help him defeat The Tin Foiler. He came across an old electric fence that one of his neighbors threw away so he started to work with it, that is when he accidentally got cut with a sharp edge. He remembered the ad in the paper. He thought about the rumor that the Foiler got cut with a piece of Tin. Then Tom jumped to his senses and realized that the rumor could never be true, but he was sure in for a surprise. He was tired and decided to go to bed for the day and he would decide how to become a super villain in the morning. He completely forgot about the ad in the paper and being cut with the electric fence.

The next morning Tom woke up and realized that he needed to start working on his superpowers. He tried to sit up quickly so that he could start working as fast as he could but he couldn't sit up. He felt like he was fifty pounds heavier. He finally got up, and slowly walked to the bathroom when he noticed that his skin had tiny silver flakes in it! He thought that was weird, but then he had an itch on his forehead so he reached up to scratch it only to realise that one of his hands were gone! Instead was this medal stick thing. Tom remembered that this was the hand he got cut on with that electric fence yesterday. He touched it with his other hand and an electric shock went through his whole body! This was amazing! He had powers! Tom then realised that he needed a name because you have to admit, a superhero named Tom would be pretty lame. He looked down at his hand which was no longer a hand and thought, “The Silver Slayer.” He hoped that he would not be slaying anybody but it was still perfect!

He decided that he needed to do some research so that he knew how to use his powers to the best of his abilities. He found out that silver is the most electrical conductive element. Then he realized that his electric hand pulled the closest electric power in the air to his hand and that he was able to shoot it at anyone or anything! ( He was trying to think of a name for the thing on his hand but just calling it his electric hand stuck.) He was playing around with his electric hand when he accidentally shocked himself. He started to cry but then realised that his eyes were fogging up whenever he tried to cry. He finally came to the conclusion that his eyes were made out of glass! After researching this, he found that if he looked at something (or someone) when the sun was in the right place, he could set it (or them) on fire! This was because silver was crucial in making glass and because of his cut on the silver wire, more than a fourth of his body was made up of silver. He had no idea how one little cut from an electric fence could do all this, but he loved it. After he played around with his powers for a little while, he constructed a solar paneled top hat. The Slayer, which is what he decided his friends could call him for short, was surprised that he could make a hat so powerful so quickly. After research upon research he found out that he was only able to make this all powerful hat because silver is the most reflective element, so it is needed in solar panels (which the hat was made of). After a few tries he made a jetpack in only twelve minutes! He decided that he could make anything as long as it had to do with Silver. These powers could really come in handy one day and The Slayer was hoping that the day was soon, when he would battle The Tin Foiler.

The Silver Slayer had everything that he needed. His jetpack could help him fly and his top hat made out of solar panels made sure that he wouldn't get tired when he battled while his electric hand could shoot electricity at anyone. He was ready to battle his biggest enemy, The Tin Foilier.

I’m glad you liked it! Thank you! 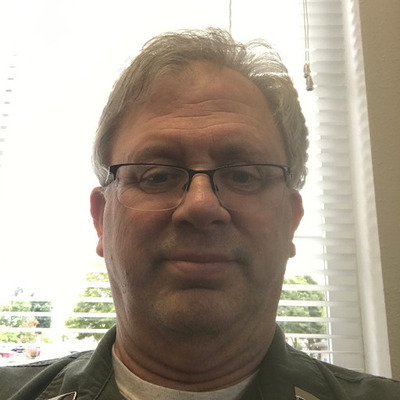 Lots of humor and play on words that made this quite readable and gave me a couple of chuckles...

Bravo! Mind checking out my new story? Thanks.