I thought that the title of this short story would grab your attention. People who are into collecting comic books are called “pannapictagraphists”. These people buy rare comic books for various reasons that include personal interest in popular comic book characters, completion of comic book collections and most especially for financial gain.

I have a friend who has been collecting and selling comic books ever since we were in the 3rd grade. I can clearly recall us going to the cigar store with our weekly allowances to check out the latest comic books. I had no intentions on spending my 50 cents on 2 twelve cent comic books as Albert was more assuredly going to do. My thought was on how much penny candy I could purchase.

I didn’t know nothing about the word obsessed at the time. But today I know if you looked up that word in Webster’s Dictionary you would see a picture of my friend Albert Humperdinck right beside it.

The last time I visited his home he had over 90,000 comic books. Placing him 3rd in the world behind the largest collector of comic books in which includes 101,822 comic books owned by Bob Bretall of Mission Viejo, California. It was driving Albert more insane each and everyday since 2015 when he got dropped to third.

What I could never figure out about Albert is the fact that he could have been anything he wanted to be. His IQ was off the chart. In high school alone I never saw him reading anything but silly comic books in which I had moved on to Playboy and Penthouse magazines like any other average 15 year older.

He got offered scholarships from every Ivy league school. I was lucky to get in our local Community College.

Some of his drawings of Spiderman and Batman and Robin were actually purchased by Marvel Comics. The photographic memory he possessed allowed him to draw the very first edition of the many comic book superheroes. I couldn’t draw Elmer Fudd even if I could trace him.

They say that opposites attract. All through school Albert never had to worry about getting picked on. I was always there to take up for him. One time this bully thought that he would take Alberts lunch money. After I hit the bully in the head with a alley apple. A very old urban American slang (20's 30's) means a brick. No one dared to bother him again until Jasmine Culpepper got her gold digging paws inside of his head. It took him over 12 comic book years to finally realized that she was never in love with him but his ability to make money. He refused to make her sign a prenuptial agreement as I had vehemently suggested. That woman had more boy toys and women than Jeffrey Epstein, who’s estimation of the total number of girls allegedly abused by Epstein varies, with accounts ranging from a few dozen to over 300. The recent indictment charges Epstein with sexually exploiting and abusing “dozens” of underage girls at his homes in Manhattan, Palm Beach, and other locations, with allegations dating back as far as 2002.

Jasmine settled for 12.5 million and the condo in Miami, Florida. I suggested to him that for 12 grand a crack head would have been more than willing to let her join the big gold digger down below.

There is a thing called poetic justice because she never got to spend one red nickel of his comic book money because in six months after receiving her lucrative divorce settlement she died from the Covid-19 virus.

One day out of the clear blue I got a strange call from Albert. He wanted me to join him at his recently purchased Wayne Manor by way of eminent domain in order to contain Gotham’s City criminally insane who’s previous home was destroyed. He converted Batman’s old crib into an operational prison and called it Arkham Manor. He told me that it was imperative that he keep his watchful eye on all the criminals in the Batman series such as the Joker a homicidal maniac with a clown-like appearance, bent on creating havoc in Gotham city and fighting a never-ending battle against batman, His arsenal of weapons includes razor-sharp playing cards, acid-squirting flowers and fatal laughing gas. He was Batman’s archenemy. Mister Freeze aka Dr. Victor Fries a scientist who accidently spilled cryogenic chemicals on himself while inventing the freeze gun. The Penguin, aka Oswald Chesterfield Cobblepot a devious, short statured penguin themed crime boss.

As I was getting the grand tour of his estate it finally dawned on me that my childhood friend had gone completely comic book mad. All the Super villains he had locked up were only lifelike cardboard characters.

It was hard for me to imagine what a comic book mind would actually turn out to become and that being totally comic book insane. The reason why he called upon me is that he wanted me to hit Frank Frazetta in the head with an alley apple and steal his Death Dealer 6 comic book in which sold for $1.79 million at a May 2018 auction, becoming the most valuable piece of American published comic book art ever sold at a public auction. Frank Frazetta is an American fantasy and science fiction artist, noted for comic books, paperback book covers, paintings, posters, LP record album covers and other media. He is often referred to as the "Godfather" of Fantasy Art, and one of the most renowned illustrators of the 20th century. He was also the subject of a 2003 documentary "Painting with Fire".

What was really strange is that Albert said that he would pay me with the money he got from James Gordon  the Police Commissioner of Gotham City. He shares Batman's deep commitment to ridding the city of crime.

I agreed to do as he requested. Knowing fully well my former partner in crime was in dire need of some serious psychological assistance. I hit him in the head with that alley apple and had him sedated and shipped to Coordinates: 51°22′51″N 0°01′50″W Bethlem Royal Hospital, also known as St Mary Bethlehem, Bethlehem Hospital and Bedlam, a psychiatric hospital in London. The  Asylum for the comic book Criminally Insane. 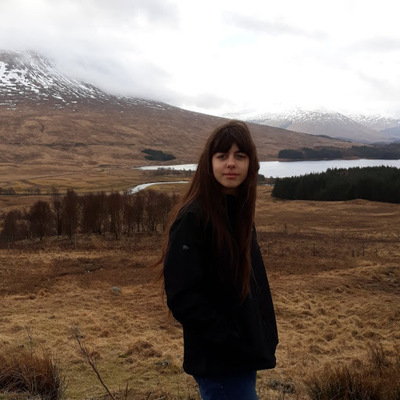 Yes, the title definitely got my attention and I learned a new word I could use to describe myself. When I heard the prompt I would have thought someone would something like this, but I am glad you did. The ending was surprising, and that's why it worked. I loved how the protagonist described Albert and his life. It felt so real and emotional. Your usage of details was great, I was this close (shows one inch) to Google Albert he just felt so real and even likable. Also, if you mention The Penguin, I'll instantly give a like to wh...

Yeah. The title did the trick!

You were right - the title of this DID grab my attention! It’s the reason I clicked on it so excellent job choosing it. I found the style of this a little confusing to follow. The many side notes about facts pulled me out of the story and I thought the inclusion of the Jeffery Epstein info was a bit bizarre - were you implying that Jasmine was a rapist too? I enjoyed the tone of this and the friendship between Albert and the protagonist. It’s so nice to see supportive male friendships in stories. The tone of it was also fun and light - I...

this story...my god...i was smiling the entire time. excellent writing and good job on putting a unique spin on the prompt!

Superb! Greatly enjoyed the story. Collected comics in my early years and still have a box of them. Well done!

are you a fan of The Princess Bride...?