Even as a small child, I was obsessed with Superheroes and the incredible feats that they could achieve. Now, as an adult, my love for the Super Powers still exists; in fact, it may be stronger than ever before.

My name is James MacAvoy, a simple suburban-living chemist with a keen sense for numbers. I had been working on several formulas over the years which would allow me to develop my own superpowers. Unfortunately, up until now, they have all proven to be unsuccessful.

Let’s see…First was the formula to give me super strength, but instead, I broke out in a full-body rash. I think restraining myself from scratching was a superpower in itself.

Next came the formula which would allow me to run at super speed, but instead, my heart rate increased so much, that I had to be rushed to the hospital after suffering cardiac arrest.

Following that mishap, I tried a formula that would allow me to fly. I came close you might say; my hair stood straight up and seemed to defy gravity, but the rest of my body remained grounded.

These were followed up by one failure after another, but I believe that I may finally be onto something this time. I am working on a formula that will theoretically cover my skin with a protective shell and make my body impenetrable. If this works, I could sell the formula to the military and the police departments so they could replace their heavy bulletproof vests or flak jackets with a lightweight skin protecting their entire bodies. I could make millions…BILLIONS!

Tonight’s test will be the clincher. Needless to say, I won’t be testing on myself first. I will begin with inanimate objects like wooden stumps and bags of sand, and then if successful, I will move on to living objects such as plants and animals.

I will be firing a 9mm cartridge from a Glock pistol. The formula is being applied by a spray gun hooked up to an air compressor and will completely cover the stump.

The drying time of the formula appears to be fifteen minutes after a single coat.

I am firing a single shot to the center of the bark-side of the stump.

The test appears to have failed. The bark was splintered and the bullet passed four inches into the stump.

Test Subject #2: Sandbag weighing 10-pounds. The bag has been suspended to a frame with each corner fastened securely to the frame.

The bag is made of canvas though it appears to be non-porous.

Once again, the formula is being applied to the canvas sandbag using an air compressor, however, this time two coats are being applied with fifteen minutes of drying time for each coat.

Again, I am using a Glock 9mm as my test weapon.

A single shot is fired at the center of the bag, but this time, very little damage has been made to the sandbag. All that happened, was a small puncture hole had begun, though the bullet did not fully penetrate.

Test Subject #3: Ficus Benjamina, commonly known as a weeping fig or ficus tree. The plant stands twenty-four inches above the planter that it sits in. The planter will be supported by ratchet straps on either side of the plant to prevent it from being knocked over at the force of the bullet.

Three coats of the formula are being applied with the air compressor.

A Glock 9mm is once again the test weapon.

A single shot is fired towards the leaves of the Ficus, and it appears to have stopped the bullet. The 9mm cartridge lays at the base of the plant.

Three coats of the formula are applied to the subject’s entire body with 15 minutes of drying time given between coats.

The Glock 9mm has been fired from a distance of ten feet away towards the midsection of the subject’s body.

The rat was not harnessed to the table in any way, and yet it barely moved an inch after impact from the bullet. There does not appear to be any physical damage to the tissue of the rodent.

Duplicate application of the formula is being applied to Subject #5.

The subject seems to be unfazed by the full-body coverage of the formula. I will proceed with the test.

A Glock 9mm pistol was fired from ten feet away. The subject is not harnessed in any way to the table and yet was unmoved by the impact.

No visible physical damage. X-rays show no interior damage either.

No apparent side-effects at this time.

It has been one week since the testing of the live rat, and still no signs of damage or altered behavior in any way. I will now move on to human testing.

With the assistance of a colleague, I was able to convert my formula applicator into a walk-in shower. The chemical will be released in a mist form. I will allow four coats with the appropriate drying time in between each application.

Unable to find a colleague who was willing to fire the pistol, I have also rigged up the pistol to fire remotely at my command.

The cameras are capturing the entire process from six different angles for later analysis.

From ten feet away, I press the button on the remote and the gun fires. What I feel upon impact is a slight tap, similar to that of a finger poking your belly. I look down to see if the cartridge had hit the floor in front of me, and to my shock, all I could see was the bullet. I could no longer see my legs, torso, or arms. After running to the mirror, I realize that my entire body was now transparent.

The formula was a success with bulletproofing my skin, however, it seems to have had a chemical reaction to my human DNA and has made me virtually invisible. It is more like light is being refracted off of my skin allowing the illusion of invisibility.

After turning off the laboratory lights, my skin had once again become visible. As I shine a flashlight across my arm, however, a portion of my arm disappears.

My conclusion is that my formula has gone beyond all expectations and further testing will need to be done.

It has now been three weeks since I tested the formula on myself and I am beginning to see the refraction of light slowly wearing off, so I will reapply the formula and see if there is any improvement.

The reapplication of my formula has again allowed my superpowers to return. It is time for me to take it to the streets to see what good I can do.

The testing of my superpowers in public has been a great success. I spotted a bank being robbed and I was able to sneak inside unnoticed and disarm the suspect without him realizing what had happened. I then subdued him by twisting his arm behind his back and forcing him out of the front door into the care of the police department.

The next day, on the cover of the local newspaper, there was a picture of the suspect from the bank robbery stating, “A ghost made me give up!”. That settles it; instead of making billions of dollars off of my invention, I am going to put it to good use and become a crime fighter. Look out world, The Refractor is here! 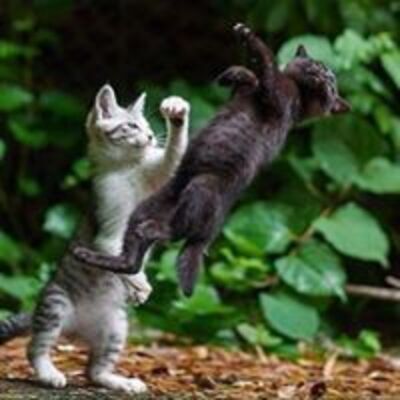 I liked this story very much. Very original and creative!

I love the way how this story is narrated. The specifications of each experiment, the continuing failures, and the successful ending. Keep up the good work! :) Also, if it's not much trouble, could you also check out my story? Thank you!

Thank you for the positive comment. I appreciate it. I will check out your stories as well.

Great story. I enjoyed the way you told it, it feels just like reading the notes of some crazy scientist! And the beginning was super strong (pun intended) it dragged me right in which is obviously very important for a short story and kept me reading to the end.

Thanks for the compliment. I enjoyed writing this one as well.

I love the failed attempts at the beginning, and the experiments with the ability. Makes me feel like the MC really earned their power. :)

Thank you. The greatest achievements in history we're discovered after several failed attempts. 😁