Submitted for Contest #47 in response to: As you check your mail, you notice a letter that makes you stop in your tracks.... view prompt 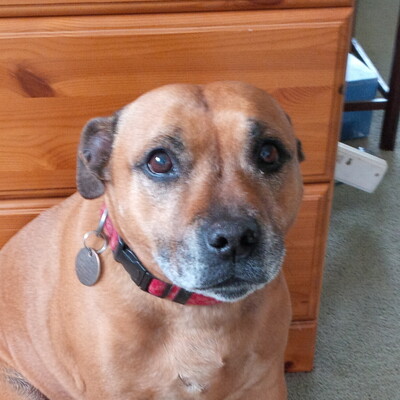 As you check your mail, you notice a letter addressed to W. Barclay that makes you stop in your tracks. You close your eyes in despair.

“Will, you’ve got a letter from the Lottery. Don’t tell me you’ve gone and upped your subscription again.”

Here’s you, working all the overtime you can wangle to pay the mortgage, and he fritters it away on lotteries and online casinos. Thank hip replacements he can’t make it to the betting shop now they’ve closed the one down the road.

You’d better find your phone and check there’s enough in the joint account to pay for the shopping. Spend it before he does.

That’s a point! The letter might be telling him his Lottery standing order’s been declined. Make yourself scarce before he opens it.

Dammit, where are the car keys? Rummaging in the hall drawer, you remember you’d left them in your jacket pocket in case he was thinking of sneaking into town in your car. His old banger failed its MOT last Saturday. He’s been moaning all week about having to take the bus to work – as if it’s your fault!

You’re searching your jacket, hanging on the coat hooks, when he comes out to the hall stand. He’s ripping at the envelope as you open the front door. You close it and head for the lift.

Will hasn’t lost his lean and hungry look, but these days he looks more starved than hungry. Right now, he’s bright-eyed and if he had a tail it would be bushy (shame about the hair. He took to shaving it when it started to straggle).

“Look!” He checks there’s no one in the hallway and beckons you in. “Come and read this. Tell me I’m not hallucinating.”

So here you are, on a luxury liner halfway around the world on the cruise of a lifetime. Except you can take another one if you want – any time you want. Although then it might get boring…

Next stop, the moon!

You’re away from home for three months with no worries about losing your job (what job?) or paying the mortgage (what mortgage?) and interest piling up in your savings accounts. Well, Will’s accounts, strictly speaking, but the flat’s in both your names, even though you were the only one making payments till now.

You’ll never hear the end of it from Will, of course. After years of telling him not to waste your money on lottery tickets, he goes and scoops first prize.

Not that he’s been bending your ear lately. Since you left Southampton, you’ve not seen much of each other.

The first evening isn’t a promising start. At dinner, you’re pretty-much ignored by seasoned travellers swapping tales of other cruises they’ve been on. As soon as you admit this is your first, you’re out of the conversation.

Will is busy stuffing his face, so you smile at a waiter who’s twinkling at every woman he serves, and several of the men. His name badge identifies him as Carlos. You ask him what wine will go with your fish.

Later, as he clears the last of the meal, you thank him for his help and a fellow-diner looks askance at you – no doubt for getting familiar with the hired help. When the prig turns his back, you stick out your tongue. Carlos winks at you.

That first night, entertainers troop into the dining area to dispense information the old lags don’t feel they need to be told. They arrange to meet up in the casino, and interest sparks in Will’s eyes, until the presenter introduces Bobbie Dazzla.

This ageing rock queen tells us about this week’s on-board entertainment, drops a few jokes and bursts into song before strutting out with a wave. “You can buy me a drink in the Schooner bar, dearies.”

“I’d know that voice anywhere,” says Will. “I went to school with old Bobbie.”

So you’re dragged to the Schooner bar where the pair of you hang around until a group of entertainers turn up. You don’t recognise Bobbie Dazzla without the wig and stage makeup, but Will does.

He doesn’t sound so sure of himself though when he says, “Bobbie old love, remember me? Billy Barclay?”

“Willy Wanker! Who’d have thought it?”

He’s never told you that nickname… But he doesn’t seem to mind it coming from Bobbie’s glossed lips. Bobbie looks pleased to see him too, but you don’t hear what they say to each other because a singsong starts up around the piano.

After a while, one of the troupe leers over you – a leggy stork-like dancer with a sharp beak and a nasty line in sarcasm. You don’t want to be rude and make enemies so early in the cruise, so you decide you’ll finish your drink and retreat to your cabin suite. But then another group of staff comes into the bar.

Carlos is among them. He comes straight over to buy you a drink and you stay till the bar closes.

You don’t notice when Will disappears. He isn’t in the bar when you leave, and he isn’t in your suite when you take Carlos back there. You lock the bedroom door to keep Will out and leave one of the duvets on the sofa.

He isn’t there in the morning either.

That suits you fine.

He isn’t there when you leave for breakfast, and on the way out, you smile at the old boy returning to the suite next door.

His response is a grunt. You wonder if he’d seen Carlos leave a couple of hours ago.

Sod it, you’re on holiday – your first holiday in years.

You left Will a message, “Hope you had fun. I’ll be by the posh pool,” and he finds you there as you are considering the bar menu.

“Good night, was it?” you ask, and he says, “We went to the casino,” but doesn’t elaborate on where he’d spent the time since the casino closed at three.

This sets a pattern for the next six weeks. You see each other around the pool or at mealtimes, breakfast excluded. Neither pries into the other’s overnight activities, and you find little to snipe about. When the liner docks, you don’t join the passenger tours. You tour the sights with your respective holiday buddies, sometimes in the same group but often, not. You haven’t got on so well for years.

You are reminded of the Apollo you married once upon a rebound high above reality. You bounced in and snapped him up, without wondering why such a charmer was still untethered.

You begin to visualise a better life together when you return home.

You’ve heard the Falconer’s Arms is still popular. It suffered a recent makeover, but it seems the regulars approve the changes. It’s time you got out more.

If Will’s happy with an open marriage, you don’t mind taking the spare room; it’s a decent size. Of course, you’ll have more rooms to choose from when you move somewhere bigger.

Two days out of Fiji, Carlos looks drained, dashing between diners. When you meet up in the bar that night, he’s feeling ill. You go back early to your room and the poor lamb falls asleep as soon as his legs leave the floor. You can’t settle. After an hour tossing, you pull on your jeans and pop out for a bottle of something from one of the bars still open.

On your way back to the rooms, you linger at the ship’s rail, comparing the star-filled emptiness with your usual view of buildings rising from a sea of streetlights. As you enjoy the swashing of water beneath you, instead of the usual roar of distant traffic, you don’t notice Will creeping up on you.

“Fallen out with the toy boy then?”

The shock almost causes you to drop the bottle you’re carrying.

“There must be something going around then. I’m going to need our room tonight. Bobbie’s roommate’s sick too, and we can’t use their cabin.”

You turn to confront him. “But Carlos is asleep in there, I can’t wake him up and turf him out.”

“He can be ill in his own cabin, can’t he? I don’t fancy spending the rest of the voyage on one side of a single bunk, anyway. It’s my turn for the double bed; you can sleep out on the sofa.” He looks sideways at you. “Think yourself lucky Bobbie’s mate has been able to bunk up somewhere else till now. Tell you what, I’ll have a word with the office tomorrow and see if there’s a cabin free anywhere. I don’t mind paying for another room.” He returns to watching the stars. “As a farewell gesture.”

Your mind is refusing to make sense of this when he clarifies it. “I’ll be looking for a place for Bobbie and me when we get back.” You step back in shock, but he doesn’t turn your way. “I’ll put the flat on the market.”

You feel your eyes hurling darts of rage as pressure rises, but he still doesn’t meet them. “Or do you want to buy me out?”

“You’ll get another. What would you do without a job to keep you occupied?”

You wouldn’t kill your time in betting shops and online casinos, that’s for sure. Your hand tightens around the neck of the bottle.

When you get back to the room, you go to bed, but still don’t sleep. It must be an hour later when Bobbie Dazzla knocks on the door of the suite.

You frown, as if you don’t understand the question. Carlos is awake now and comes to the bedroom door looking confused. “Is Will not with you?”

“He said he was coming to see Chris.”

Carlos shakes his head, winces and goes back to bed.

Next morning, Will still hasn’t turned up and a search of the liner fails to find him. There is a broken bottle on the lower deck and talk of a disagreement earlier in the nearby casino bar. Bobbie insists it was a minor misunderstanding and Will wasn’t drunk.

You are shocked and upset but not distraught. There is no point in pretending; your sleeping arrangements had been known to most of the entertainment and catering staff.

The next stop is New Zealand, where police come aboard, but with no witnesses on deck at that hour, his disappearance remains unexplained. The liner leaves without you, and in due course, you fly home from New Zealand.

Will died intestate but, as his spouse, you are automatically awarded his estate once you’ve obtained the declaration of presumed death from the High Court. Although your main account and the flat are in joint names, you still need another job until things are sorted out.

You were entitled to half his winnings anyway if he’d left you. But that would have been a long trudge to satisfaction. And expensive.

Now you have it all.

You’ve opted for a warehouse conversion overlooking the river: roomy but not ostentatious.

The post arrives as you get ready to go out for lunch. You’re meeting someone and don’t want to be late, but as you check your mail, you notice a letter that makes you stop in your tracks.

Air mail from New Zealand, the return address is W Barclay in Wellington. 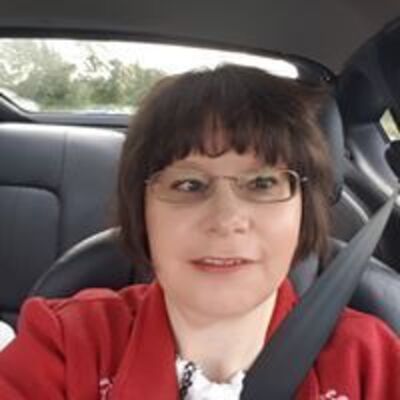 Really love how Will might not have left everything after all!