It's the Simple Things

You gaze out of the window, fat raindrops streaking down the glass, and scold yourself for believing the weather forecast again. Pathetic fallacies of the weather always seem to occur when you want them the least, you reflect somberly, accompanying a forlorn look at your mother with a sigh. She doesn’t seem to be affected by the gloominess outside. In fact, she’s mollycoddling all five of the cats, humming “Beautiful Day” by U2.

“I’m going out to...I’m just gonna sit in the corridor for a while and watch the rain,” you tell her, and it’s true. Usually, you make a lame excuse of going to assess the growth of the mysterious berries on the balcony, when in reality you just want to feel the warmth of the sun against your existence. Today, however, there’s no sun to revel in, so instead, you pick the next best alternative; questioning your life while soaking in the smell of petrichor.

“Sure, Bug. Just make sure you don’t stay out too long, I don’t want you getting a cold. And take a sweater!” she shouted the last part, but you’re already halfway out the door. The tiny hairs on your arms immediately shoot up as the chill of the wind hits you, making your way to the end of the tiled floor. Cross-legged or full sprawl you wonder, already taking in the scent of the water permeated soil. You’ve been feeling down lately, and the last thing you wanted was the weather to mirror that, but the rain has a way of calming you down regardless. You close your eyes, and settle into the surrounding sounds.

You fall into a kind of dazed lull, suddenly awoken by the sound of squelching and rustling. You allow one eye to open, not ready to immerse yourself into real life again just yet. Indigo is shaking the water off her pale pink jacket, patting down her drenched hair, and eventually noticing you with kind eyes.

“Hi Ari!” she squeaks with a wide smile, revealing the gaps where her central incisors are supposed to be.

“Hey, Indigo,” you respond, deciding that sacrificing your alone time for this isn’t too bad. The truth is, you like Indigo. You like her more than most people, which says a lot.

“My mum is going to be so mad at me! I wanted to come back when the rain started but I wanted to hang out in the rain for a bit too with my friends it was so fun! I told them I told them I wanted to leave sooner but they wanted to play mermaids and also I love mermaids, do you?” she spurts all this out in one breath, and it triggers a strange feeling in you.

“You look like you do,” she continues, and you have to nod and pretend that you remember what she had asked.

“I knew it. Most girls do. Even some of my boy friends do. Not boy friends like boyfriends though. Ewwww, boys are gross!” her face turns to disgust as she says this, and you finally pinpoint the feeling that you’d been trying to figure out since she started talking.

“You say that now, but wait till you reach my age. Then it’s all about boys and boyfriends. And sometimes even girlfriends,” you say matter-of-factly, realising that being around Indigo made you feel as though you were eight years old again, just like her. Like everything was back to being simple and nothing hardly ever made you feel down at all. Well, nothing serious anyway.

“Girlfriends?” she repeated with curiosity, and a hint of shock. You certainly did not want a potential tirade from her strict Catholic parents later on, which would almost definitely spill over into an equally as tiring rant from your parents to you.

“Haha yeah, I just mean it like your friends who are girls. You’ll have loads of those” you say quickly, hoping it will be enough to diffuse your previous statement. Indigo looks at you suspiciously, but ends up shrugging and sits down next to you. Phew.

She asks you this every time, but then again, every prominent child in your life does.

“18...wow! You’re such a big age. My cousin she’s in uniservity now, she used to come over to my house a lot and she was so cool and she was 18 also! You might have seen her she came to this compound a lot she was so cool,” her eyes light up and her hands make wild gestures as she continues explaining how cool her cousin who’s in “uniservity” now is.

“Look, kid. I know that being a grown up seems so exciting and cool-”

“It is,” she interrupts.

“Right. And you’re not wrong, it is all of those things. Sometimes. But I wouldn’t dream about it too much. You see,” you pause to think about the best way to put the rest of your speech “most of the time, adults wish they were kids again.”

“Kids! But being a kid is so booooooriiiiiing” Indigo whines, watching you like you’d just revealed the most idiotic secret in the world.

“It’s...well. You might think that now, but I guess you’ll only really understand what I’m talking about when you do eventually become an adult,” you mentally notice how much like every other adult talking to kids sounds like, and you despise yourself for it.

“No...that’s a bad way of explaining it. What I’m trying to say, what I’m really trying to say is, you’re great, Indigo. You’re great and I’m glad we live in the same compound. When we hang out together and get weird looks from the other kids my age, it doesn’t make me feel awkward. It makes me feel like I want to hang out with you even more. Do you know why that is?”

She’s listening attentively, and shakes her head no in response.

“It’s because you don’t judge me. You make me feel as though you want to be just like me, even though I have no idea why anyone would,” you give off a small laugh and continue. “And the truth is, I wanna be just like you! You’re such a bright and creative girl. I want to go back to being small and not having to worry about my millions of school assignments and dumb fights with my friends and non-friends and people I think are my friends and...yeah. Being an adult is hard and confusing and scary and talking to you makes me feel like all my anxiety and worry isn’t important at that moment. It’s why I prefer talking to people younger than me,” you end with a small smile, and hope that what you said wasn’t too complicated for her. She looks as though she’s about to respond, when a stern voice emerges from behind.

“Indigo Amira Ramirez! This whole time, I thought you had the sense to go to Micah or Sherry’s house when it started raining. Imagine my shock when I called their mum's and they said you hadn’t gone there at all. I was worried sick!” her shrill tone pierces the sound of the rain as she shoots you a dirty look. “We’re going home. NOW,” she pulls Indigo up and leads her away by the arm. You feel a bit embarrassed, but Indigo looks back and beams her toothy smile at you before disappearing up the stairs.

As if on cue, the rain comes to a swift stop, sporadic drops from the drain pipes falling onto the cement slabs in front of you. You check your watch, and see that it’s just about time for dinner. Your mum will be waiting, and the chill comes back to bite you. You get up and start walking the three feet back to your apartment door, aware that the rain had started with your dull mood, but it had ended with something else. Your interaction with Indigo had, once again, let you feel like the world was on your side, and even if it wasn’t, you didn’t care. Right now, you’re okay. 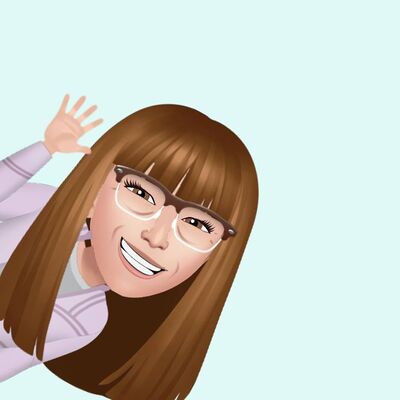 Your story really manages to capture the different moods of youth: from boredom to contentment, happiness to angst. I loved your use of the word “petrichor”— I guess that makes you a “pluviophile.” And we share a love of cats, though my three have used up their nine lives, so these days I just pet sit for friends and neighbors. I, too, like having the perspective of younger friends. As a boomer with a millennial daughter, I’m decades away from Generation Z, but young at heart. 😉

That's exactly what I was trying to bring out, so thank you so much! Ah yes, a pluviophile is apt; I'm always a sucker for rain. And yes, I remember us having a conversation about cats in one of your earlier stories! You have the best of both worlds I see, that's pretty awesome. And don't worry, being a part of Gen Z can get tiring, so you're all good haha. Thank you once again for your kind comment :D

I love the narrative voice; it immediately pulls you in and reads as very relatable and fun to explore. 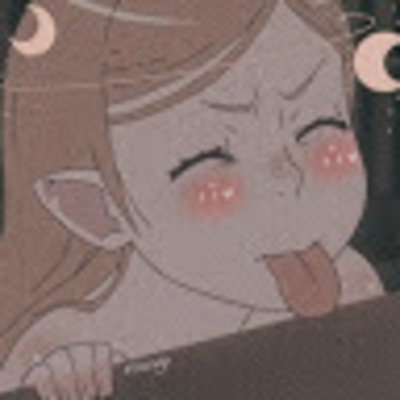 Hello Hello! It's me Dr Milkman :D This is literally so adorable! I love this so much, aww. You made Indigo sound so cutesy and she's such an accurate representation of the kids that came to your house when we were chilling that day hehe The whole piece was very well done and the tone of it was so friendly and cuddly uwu. Makes me want to cuddle up with my Bebe in a thick blanket. Well done MAGAN, keep it up eh! (lol)

You made an account!!! Yay :D You're only allowed to comment on my stories thanks. LOL jk hehe. Literally thanks so much! I didn't want it to be like something heavy, so that was exactly the vibe I was going for and I'm glad it came out as so. And yeah I wanted to get a kids speech perfect so yay! UwU love you and thanks again teSsY 💛

This is so friggin cute. I love the realness of the main character. I also have a younger neighbor except I'm more on the opposite of the spectrum ^-^. The way you wrote the way Indigo speaks was also super clever and got the nonstop speaking of children down really well. Yet another great job!

Aww, thank you so much! And yeah, I don't actually prefer talking to younger people either, but I watched a movie the other day where the adult was getting along really well with small kids (in the most wholesome way LOL) and I thought it was really sweet. Thank you so much! :D

HA I love how you clarified that it was innocent and pure XD. But of course!

I love this soo much! Pure talent right here