Shadows in the Snow

In her cozy home, Ella settled down on her favorite sofa in the living room in her pajamas with a velvet blanket protecting her from the evil that lurks. It was a cold winter day on a fine evening. Ella’s life has been going perfectly. She had a fine husband that was out for work that day. Her mother and father were still alive, and she had her needs and wants.

The steaming mug of strong coffee fogged her vision of the television running in front of her. Taking a sip, she looked out the open window and, not for the first time, thought about how wrong the forecast had been. The news channels thought that the grass would be red around midday. The color of the grass changes day-by-day. In the morning, it was sky-blue. Around midday, it was azure blue. At night, it would become a soft oxford blue. The people of the world were very sad that day, apparently.

The grass’ color reflected the average mood of people around the world. It seemed as if we had all gotten sadder and sadder by the hour. She also had felt especially blue that day. She believed it was because her husband worked overtime, when, in reality, it was for no reason. Nothing bad happened. Nonetheless, it had felt like a sad day for everyone. Depression levels had been going up for years. It was sky-high today, but the weather had predicted it would turn yellow by evening. It just turned a deeper shade of blue.

Ella once saw the prophecy of the world. Revealed by the shape of the clouds in a city in New Jersey, hundreds of people took pictures of them and spread them to the whole world and the people on Mars. The clouds showed:

The day the chloroplasts turn black,

there will be a drummer, and

Everyone shall turn to eternal slumber.

So of course, meteorologists started giving forecasts on the grass. They were all waiting for the moment of the blackened grass. She sighed, switching her attention from the window back to the TV. She went through the channels to the news and found that they thought the grass would turn black...

“We have predicted the grass to turn the cursed black tonight. We have the evidence and you must start saying-”

She switched the channel to another news anchor.

“The grass will be turning black. It is-”

“The grass must be turning-”

“Say good-bye to your loved ones-”

Ella turned the television off, heart beating faster than ever.

Grabbing the sides of the armchair she was in, she hoisted herself off and ran to get her phone that was in her bedroom. There were many notifications. People forwarding the news. Messages from her loved ones saying goodbye.

She grabbed the roots of her hair and pulled.

She paced around the room, hands still on her scalp, thinking deeply.

She walked back and forth, wall to wall.

What’s going to happen to me?

Ella finally stopped pacing and went back to her living room. It was chilly in the room now. The fire was out. As she stalked closer to the open window, she felt a breeze getting stronger and stronger. Looking outside, she found the trees swaying back and forth, some falling to the ground with a heavy thud. The storm clouds looked huge, and then it hit her.

A solid piece of hail about the size of a baseball smacked her in the forehead and then scattered into pieces on the ground.

Rubbing her forehead, Ella picked up the remains of the ball of frozen water and threw them out the window, shutting it right after.

She heard the hail pouring down on her house, without a hint of remorse. It fell down, one by one. She looked out the window again. It was almost dark now, but Ella could see the silhouettes of people standing in the storm and the grass almost jet black.

Then she realized something.

What emotion is black?

It could be emptiness. Or maybe deep sadness. It could even be anxiousness.

It’s none of those.

Black is the color of the unknown. Black represents the absence of color. There was an absence of emotion of those humans that night. They were so close to becoming zombies. Or even AI. They were almost taken over by technology, anyways.

Did you know that every second a human feels empty, a leaf falls from a tree? That leaf is dead, of course. Very similar to that one cell in a humans’ brain that is replaced by darkness.

Did you know this before?

I assume your answer is no.

Actually, I know your answer is no.

This has been just revealed.

You didn’t hear about it yet.

So these little kids are jumping in these piles of leaves that signaled the emptiness of a fellow human being.

Now, now. You may be thinking that children are shallow. But let me tell you.

Children do not know of these things. Their brains are knowledgeable. But they do not have the power to use it yet.

Children give off weak energy. So they are haunted by spirits. Not exactly haunted, in the way that you perceive it. They are told to do things like, “Play outside.” The spirits just put things in their mind that only allow for fun.

Their minds are fresh, still developing. If they learn, then their minds will become sharp as they grow up.

Now, you must know this.

Ella is now a member of the dead.

It was not the end of the world.

She is completely fine.

There is no need to worry about her.

The grass turned white at around 11:30 PM that day.

It was beautiful, for I witnessed it.

You must live everyday as if it is your last.

You must have heard this a lot.

It's the only thing you can do.

Live life to the fullest.

Ooh, such a suspenseful story. I could REALLY feel the emotions!! 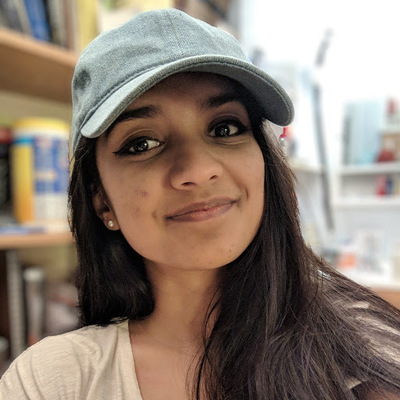 The premise of this story is very deep and many themes concerning nature, its predictability, humans, and our consciousness and our hopeless desire to see the future, etc., arise from the story. It was all great but I do believe it could be strengthened if you conveyed your final concluding message in a more subtle way rather than preaching it straightforwardly. Let the reader understand unwaveringly your message through plot and metaphor. You know what I mean rather than telling it outright? That's art - when you let the reader or viewer br...

I wasn't sure how. Any suggestions? And thank you. Love ya

I actually laughed at the point when all news channels were reporting on grass.

This was seriously one of the best I ever read!

A wonderful story; such a well-written piece! Would you mind checking my recent story out too? Thank you! :)

Hey noor! I read your story, and here's my feedback: I loved the premise. Grass changing color and that color being tied with emotions of people over the world is something new - very cool. I also liked the bits of philosophy you put into it (leaves dying when we feel nothing... live your life to the fullest...). The thing that bothered me, though, is that the story felt incomplete. What was it's message? It juggled with many different topics and concepts, but didn't fully explore and drive home any of them. I was a bit confused at what w...

This is such a wonderful story, Noor! I love how you were able to show instead of telling the emotions. Bravo!!!

You're welcome! I would be happy if you could check out my new story and give your views on it! Thanks.

Love it! —Aerin! (Would you mind checking out my story ‘Rebel Prince’? Thank you so much!)