You look at yourself in the mirror, which lies just an inch away from the ticket-counter. You are in good shape. You notice your black, rumpled hair all covered in tiny, whitish flakes of your scalp's epithelium. Some might say dandruff, but you despise that word. You stroke your beard, relentlessly with your left hand, to give an impression as if you're pondering the reason behind your hairy look. You know shaving would have killed your masculinity, so you don't snip it. Instead, you keep it all shaggy and messy as it successfully hides your inflamed, rosy-colored acnes that cling all over your jawline. And you like the fact that it's hidden.

You look down and see yourself carrying a heavy suitcase that's made up of plain, embossed tin sheets. It's an antique steamer-trunk, to be exact. You are five feet ten, and the suitcase is approximately half your height, maybe about a couple of feet long. The trunk's exterior is quite similar to your itchy hair- small worn-off tin flakes are seen congregated onto the numerous pits present on its shiny surface. You blow on it softly, creating an artificial sleet shower, not with actual snow but with minuscule metallic bits.

Sluggishly, you head towards the counter and ask with a croak.

"Where to, sir?" responds a woman in her forties.

She is taken aback by your eerie request, but due to hours of ticket-trading and short deals done with a bunch of businessmen, students, and officers, she becomes reluctant to talk about the available routes. So she hands you a ticket, all soaked in sweat, not mentioning the destination. You take it, but you don't want to look at it. So, without even peeping into it, you fold it and keep it inside your left slip pocket of your Denim's jeans.

You stare into the mirror once again and take a look at yourself for the final time. You take a deep breath and dust off superficial dandruff hanging in between your curls following a nice sideward hair-brushing with your hand drenched in your own thick, sticky saliva.

You take a short stroll to the tea shop situated at 'Platform One' to warm your cold throat. You're able to amble your way past the anxious crowd that fills the station every dawn and dusk. As you reach the tea-shop, you begin to smell the unique aroma of cardamom tea along with the smidge of sweaty pheromones; the odor of 'masala chai' being the dominating one. You crave for it and ask a middle-aged man adorned in a red, velvety turban and a plain white lungi (a piece of clothing that is worn below the waist, mostly during summer).

"Can I have a cup of masala chai, please?"

"Thikase! Apni bose thakun." (Sure! Could you please sit down?)

So you find yourself a good comforting place on the corroded, metal bench that's placed alongside the shop. You catch a glimpse of your suitcase, slowly putting it down beside your bulky quads. Now, as your special tea is being prepared, you notice the platform become jam-packed with people from different walks of life. From a toddler nestling on his mother's arm to a group of pensioners holding a walking cane giving aid to their quivering legs, the crowd's diversity looks rather admirable. As the chaiwallah (tea-seller) hands you the hot pot, you take gradual sips of the tea plunging yourself into extreme pleasure until a young boy, aged ten, decked up in an old, worn-out iron maiden t-shirt and a black, shabby boxer shorts draws your attention. He pokes you incessantly with his pinkie and addresses you in a sickly voice.

You resent him at first, berating him for disturbing your teatime. But as you see his eyes display credulous innocence and naivety, you cannot ignore his call. You ask him in a soft voice.

"Sahib, do you know how to write in Urdu?" the boy asks.

As soon as you assert him about your linguistic intelligence, the boy starts to dance with glee. He takes out a small, crumpled piece of paper, unfolds it, and hands it to you. He asks you again, putting high hopes, expecting you not to deny his request.

"Sahib, can you write a letter for me in Urdu? I asked so many passersby here, but no one could help me out."

"Why do you want to write the letter specifically in Urdu?"

"It's for my mother…" He continues. "I want to write her a letter and gift her."

"What is it that you want to write?" you ask anxiously.

The boy nods his head, babbling unfathomable syllables as he sits beside your bulky suitcase. He exhibits sentiments of utter joy and rapture, as he makes a light sideward stroke on your trunk's crooked surface. Instead of reciting his engraved notions that he wants you to pen down, he begins asking you about your metallic suitcase.

"Sahib, what is inside this big dabba (box)?"

The fact that he addresses your suitcase as a box makes you chuckle. As a sarcastic reply, you say, "Whatever you wish to be there." You say jokingly, in a very ironic way, but the boy's naïve brain takes your words very seriously. He immediately jumps down on the ground with much amusement and expresses a big fat, "Wow!"

"Do you want to write the letter or not?" you say.

"First, tell me sahib, is this dabba really magical?"

You chuckle again, seeing the boy's innocence, but you don't want to disappoint him. So you nod your head and ask him to wish for the thing he wants.

"Sahib, can you tell your dabba to give me a packet of Cadbury dairy-milk? I always wanted to eat one, a whole packet by myself. Please Sahib."

You swirl your hand in the figure of eight and utter the magical word 'Abracadabra.' You move your fingers around the suitcase and unlock it. Sluggishly, you take out a small tiny packet of dairy-milk that you have and give it to the boy. Seeing his wish become fulfilled, your heart fills with contentment.

As the boy devours the chocolate, you see him shine bright, his face all puffed with pleasure and jubilation.

"You know what Sahib…" he continues. “My amma (mom) is so clever. She always comes up with dozens of excuses and never buys me a single packet. And I can't even do anything about it. And when we reach home, to brighten up my mood, she always cooks my favorite Aloo paratha (a bread dish, consisting of mashed potatoes and spices). And then I give my amma a big, tight hug. Even though I don't get my dairy-milk, I know I always get my amma's paratha, and nothing can replace the love she pours into that dish. It's my favorite."

As soon as the boy finishes eating, you ask him again.

"Do you want to wish for anything else, pichhi?"

"See Sahib, my mother always tells me to be generous to people. I never thought today would be the day I'd be eating my favorite chocolate. But every good thing comes with a price sahib. I could've wished for something else. Instead of a good, chocolaty delight, I could have wished for a packet of flour or a kilo of potato. That way I could've put a smile on my amma's face and have gotten myself a plate of delicious parathas. But I chose the chocolate instead."

"Sahib, I got myself a dairy-milk today. But, I know I won't be getting my amma's mouth-watering parathas. And the only thing I can do now is to go straight to my home and give my amma a warm, tight hug and kiss her on her cheeks, and tell her how much her son loves her."

You get lost. His words hit you deep to your core, making you realize the essence of love and satisfaction. The only reason you had come to the station was because you wanted to go somewhere distant, away from your miserable being, to put an end to everything. So you bring your belongings with you in your trunk, thinking you'd catch the train and go far away. But you realize you weren't thinking straight. You still want to run away from your past, your present, and your unforeseen future. But you find it very hard to let go of your selfish being. You won't dare to take your life; instead, you buy a ticket to a clandestine destination. But seeing the boy, you start missing your family, your mother, your wife, your two-year-old son, and mostly yourself. Bursting into tears, you ask him his name.

"Saleem… Saleem Mukhtar." the boy answers and saunters out of the station.

The train finally arrives. You take out the ticket from your pocket and rip it in two. You see the station fill with eager passengers jumping out of the train, all excited to have reached their destination. You pick up your suitcase and ask the chaiwallah for another cup of cardamom tea. Seeing your startled face, he asks you.

"Kind of…" you continue. “I met a young boy just a moment ago. And we had a little chit-chat. He wanted me to write a letter in Urdu, but instead, he got himself a dairy-milk and disappeared. I am very much moved by his warm words and what he just said to me."

"Did you happen to ask his name?" questions the chaiwallah.

"Yes. He said his name was Saleem Mukhtar."

The chaiwallah raises his eyebrows in complete awe and disbelief. With his eyes wide open, he asks you again.

"Yeah, I am absolutely sure."

"Impossible janab! I knew the boy. His mother, Soliha, used to own a small Dhaba (restaurant) near platform two. She used to make such delicious aloo parathas. I used to eat there a lot. Unfortunately, they met an accident a month ago and got run over by the train. You must be joking janab!"

The chaiwallah asserts and hands you the teacup as you become stone-cold, not able to soothe yourself from the warmth of your hot tea.

This was such a beautiful story! It was so well written, and I thoroughly enjoyed it. Good luck with your writing!

Thank you so much riya☺️

Such a wonderful story! The boy is such a nice character and the second person really pulled me in. The twist was also a very nice touch. Also, would you mind checking out my story if it's not too much trouble? Thanks and good luck!

Thank you so much nandan. 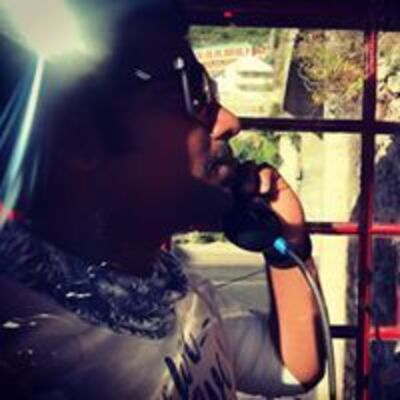 Being Indian, I could really feel as if I was at the station. Incredible imagery. A small thing though The sentence "You get lost" put me off for a tiny bit. I feel like maybe it could've used a different touch.

Thank you so much for your feedback. By getting lost i meant to say something else. But i could've used a different sentence to put up that same meaning. I will keep this in mind and i really appreciate your comment. I means a lot

Thank you so much Johanna 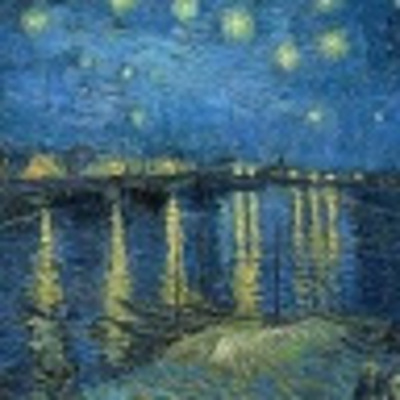 This was so beautifully written, I love the attention you give to tiny details, it illustrates a whole picture of the scene and I was rather immersed within it. Excellent.

Thank you so much Liza. I am glad you liked it