Traversing Traffic: A Lesson on Relativity 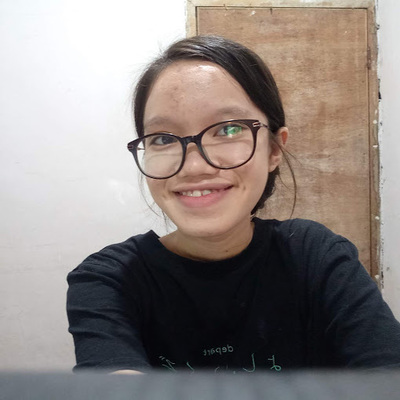 Rush hour in Manila is characterized by ironically immobile vehicles, a mixture of cacophonic sounds, and the hustling of people hurrying to get somewhere. People's faces are transparent with tiredness and intolerance. Every terminal is occupied by passengers willing to push themselves inside the buses or hitch a ride in already cramped jeepneys, not minding the struggle of competing against people with the same degree of exhaustion. It is an everyday battle to fight in the city—the battle against time. Everyone is looking at their watches, checking the time on their phones, or wondering what time it is, fatigued by the unending traffic. During rush hour, everyone’s need to get someplace else is an urgent business.

Two years of studying in Manila meant I had to abandon the convenience of studying from a walking distance and enroll in a university far from home. The shift of my status from 'junior' to 'senior' as a high school student brought so many changes. I spent a decade of my life gaining education from nearby institutions—from pre-school to junior high, I just had to walk to get to school. Living in such a community where necessities are just a few steps away, my world revolved around a relatively small circle. When I enrolled in the Sta. Mesa campus of Polytechnic University of the Philippines, I already had in mind what to expect: a more matured environment, classmates from every region in the country, and the worst enemy—I knew I had to waste hours battling the monstrous traffic in EDSA.

It was an art I had to learn—the art of amusing myself amidst getting stuck in the traffic. Inside the jeepney, I had to be creative to keep myself sane. Putting my phone on display wasn't always a practical choice due to my inclination to get paranoid, so I had to think of other ways. These were my usual options: scan my readings, listen to Owl City, plan my schedule as soon as I get home, or think about my homework. Most times, I kept myself entertained by watching the goings-on outside the jeep: the passing of vehicles, people walking on different paces, vendors selling lumpia, cigarettes, bottled water, circular rugs, and even candies on a wooden mini-shelf sold by takatak boys, among others. I liked sitting farthest from the driver because it offered the widest view outside through the entryway, and also because it also offered the easiest way out of the jeep. Some days, I would keep in mind the plans I conjured as to what to do once the jeep gets hijacked. I would then remember how my unlucky sister became a victim to thieves twice and lost all her papers necessary for graduation. Reminded of her experience, I would eye on suspicious folks sitting on the other side, without making myself look absurd of course. If I was less apprehensive, I would be making up stories in my head using the unfortunate people around me as characters. This made me feel like in the short period I spent inside the jeep, I have developed an odd sort of connection with complete strangers.

Taking the air-conditioned bus was more accommodating for sleep—except during rush hour when instead of dozing off, I had to combat a sea of tired passengers and squeeze in if I wanted to get home. Sleeping inside the bus during rush hour was not an option unless you could master doing it while standing. Transportation in the Philippines gets one's patience tested in the worst ways possible. Passengers would elbow you or thrust their bags right into your face when they pass through and thoughtless drivers would mindlessly pull the brakes now and then—pushing every passenger forward. The inadequacy of bus seats–or maybe just the overwhelming population of passengers—meant I had to bear the travel while standing, and as a young lady of 4'9", it was a miracle if I could grab hold of the handlebars. This also meant I had to perfect the skill of balancing myself with only my feet, which made the hours of bus ride almost feel like surfing training.

Having to travel far required me to always gauge and keep track of time. I had learned to calculate and estimate the hours, allot each minute and stick to my schedule because the ten minutes that I spent to oversleep might mean missing an entire class. Hence, I was branded for being an early bird. At first, it was tolerable—I was sleep-deprived, yes, but at least I wasn’t late. However, not being late meant more bangag (high) moments: I once accidentally slept in the middle of a Bio exam and woke up just in time to pass my unfinished paper, stared at my teacher instead of answering a question because I didn’t immediately realize she was referring to me and napped inside the classroom countless times. It wasn’t every day that I could keep up. Some days, ten more minutes of sleep meant a lot to my worn-out mind, but then that ten minutes would evolve to fifteen, or thirty, until I no longer had a choice but to sprint to the bathroom and skip breakfast. Easy diet.

Five in the afternoon was a deadly time option to go home, and this was why some days, I would decide to leave school later than usual. It took me months to get used to the routine of studying outside Quezon City. These became the scenes I had to witness for years: the rattling of the railway tracks every time the PNR train passes, the brightly-lit stores of Teresa street at night, the life-threatening speed of Stop n' shop jeepneys when the rush hour has passed. Parok jeepneys—the ones with over-decorated front and interior—were infamous for offering a 'byaheng pa-langit.' (journey to heaven) Leaving home at five in the morning did not only mean I will get to school early, but it also meant I had to brace myself for an unsolicited nerve-wracking roller coaster ride along Aurora boulevard. Sometimes, these jeepneys also offer music—whether you like it or not. Older drivers play mellow songs you usually hear during Sundays—thank goodness—while some like to jolt the passengers with rock-and-roll. I swore that if I didn't die in a car accident, the deafening rap music I had to listen to for years would kill me. Luckily, none of the two took my life. Perhaps the biggest challenge of facing the dilemma of public transportation wasn't the fact that I wasn't used to it—but that I had to.

Little by little, I learned to get used to the familiar sight from inside the jeepney. Whenever it rained, I would make mental notes of how dull and gray the flood-drenched Manila looked like. Some afternoon would be hot enough to make the streets look like flaring from afar. I came to memorize the stores I had to see every day and even liked how some structures retained their original appearance—flaunting the ambiance of the glorious old Manila.

It wasn't so bad after all.

Sometimes, I would look at people sitting across me in a jeepney and wonder if they were as occupied as I was; I would look at their eyes and wonder what stories lied behind the melting powder foundation, huge bags, and blank faces. I learned that it was the sleepy eyes that revealed tiredness more than sweat or breathlessness. Outside, the blinking of headlights often exposed the impatience contained inside. When one sits silently inside a jeepney stuck in traffic, things unfold almost like a film in slow motion; and the passing of vehicles feels so much like the passing of time.

The irony of rush hour in Manila is that it teaches you to slow down—to give in to the indifferent ramble of the clock's hands in your wrist. It is in the streets that you realize you have no power over some things: fatal accidents, the countdown of traffic signals, not even the sort of music being played by the driver. But amidst the unluckiness of being born in a problematic country, you realize how lucky you are that you get to witness the unrecognized resilience of the people you agonize with. The subtle silence you share with every passenger reminds you that the limited space of the jeepney can sometimes be a house of shared exhaustion, impatience, or longings. The dramatic slow-motion teaches you to concede to the thoughts and sentiments that matter to you—those that sit in your mind the longest, waiting to be entertained.

Two years passed in a haste.

After graduation, I considered myself lucky to have passed the UPCAT (College Admission Test) because it meant abandoning my two-year-old transportation problem and upgrade to a university only fifteen minutes away from home. Absurd as it may be, I miss the feeling of having lost track of time inside the jeepney, knowing all too well that it won’t matter anyway; I’ll get there when I get there.

What was not obvious to me then became apparent: in the streets, my sense of time had shifted. The streets had banished my sense of past and future; what it left was an overwhelming flood of continuous present, reminding me that most times, it is sufficient to just be.

I really enjoyed this as a piece of descriptive writing, giving a window into another world. I’d like to see more insights like this into a country and culture I don’t know.

This is definitely one of my favorite stories in the competition. I love how you took something so simple and evolved it into an entire story. Every felt so real, your use of detail is fantastic. My only critique is that the pace of the last paragraphs is not like the pace before, it seems a little rushed, maybe add a bit more detail there. Overall, an outstanding story that takes something so simple in life and expands on it to create a deeper meaning. Ps: If you have time, I would appreciate any feedback on my story. Keep writing!! :)

Great story. Kudos to you for describing everything so well Keep writing. I would be happy if you check out my new story when free. Have a great day:)