You know that it's a simulation, but it still bothers you to see the bodies of people and babies lying beneath the rubble. It's all a virtual 3D simulation, but the tragedy still looks real to you. The collapsed building simulation is a possibility of what will happen if you fail your mission. You know that failure is not an option for us. My name is Franklin Delroy. I am your chief commander and you're a new member of my team. You've joined my team of elite soldiers and your job is to stop assassinations and terrorist acts before they happen.

They say that you should never go back in time and change history, because you could make things worse in the future. So far me and my servicemen and women have found out that preventing tragedies in the past does not harm our future. We've gone on many missions in the past, saving our country and bringing back lives thanks to our God and our technology.

Like you, I was scared when I first went back in time as a young soldier. My commander sent me back in time to stop the assassination of a president. It's an adrenaline rush when you arrive at your destination. You have your suitcase in hand when you arrive at the train station. My suitcase was loaded with heavy artillery. My commander told me exactly where I needed to be so I could shoot the assassin and protect President Kennedy. When you go back to a certain event in time, you can only go back once. I had one chance to save the president and I failed. I used my failure as a learning experience and over the years, I've taught my soldiers to use their failures to make them stronger.

The President Kennedy mission wasn't my only assassin prevention job. I had a chance to redeem myself on my second assassin prevention mission. My commander sent me on another time reflection job and I had to stop the assassination of an American minister and civil rights activist. On my President Kennedy mission, my commander sent me back in time alone. When my commander sent me to stop the assassination of the civil rights leader, I was with a team of men this time. I may have been accompanied by my fellow soldiers, but I was the one who had to pull the trigger.

Our location was a motel in Memphis, Tennessee. The year I traveled back to was 1968. I had one chance to stop the assassination of an American minister. I saw him standing on the motel balcony. He was an elegantly dressed man and he had a gentle face that reminded me of my father. It took me exactly two seconds to spot the sniper who was aiming his rifle at the American minister. I saw the man on the rooftop of a building across from the motel. I killed him with no hesitation. The kill was clean and precise. The sniper never knew what hit him. The success of this particular mission got me a promotion.

Going back in time as a young man made me feel powerful. I promise that when you go back in time with my team, you will feel powerful like I did. You'll have your AR-15 assault rifle and you'll be wearing your armored bulletproof vest. You will feel like an immortal. Time travel will be an ecstatic experience for you. You'll feel weightless and free from the laws of space and time. You'll be nervous at first, but when you drive through a distorted sea of pulsating stars you'll feel like the power of God is inside of you. I'm an old man now and I'm close to retirement age. But going on a time reflection mission with my team of soldiers never gets old for me. It'll never get old for you. Our simulation training never gets old. Every month I have new recruits like you, and I train them using the catastrophe simulation training program. I've trained my soldiers and I've taught them to kill with precision. There's been a few casualties within my squadron. Some of my men have died and I almost got killed myself during a mission.

1999 was the year I went back to and I almost didn't make it back to my future. A terrorist mission is the most dangerous. Me and my men had to stop two terrorists from shooting up a high school in Columbine, Colorado. These terrorists that we had to kill were two teenage boys. I find it funny that my fight with two boys who were high school seniors was my most dangerous terrorist confrontation. These boys were fresh faced and they had their whole lives ahead of them. Instead of giving to society, they decided to take lives and I had to stop them. These boys were heavily armed. They had knives, explosives, a High Point Carbine pistol, two shotguns and a TEC DC9 automatic carbine pistol. I made my first mistake when I tried to negotiate with one of the boys. I couldn't see his eyes, because he was hiding them behind a pair of sunglasses. He was a tall boy and I kept calling him son, hoping it would bring his defenses down. I knew that I was supposed to shoot him, but when you're a father, it's a little hard to shoot a kid even when he's pointing an automatic pistol at you. But I kept trying to talk to the kid. I told him that walking into a school with his friend and shooting his fellow classmates wouldn't solve his problems.

I told him that he was too young to throw his life away. At first the kid lowered his gun and he looked like he wanted to cooperate. But all hell broke loose when the other boy came into the school's parking lot shooting at me. The other boy jumped out of his car and he came at me. I got hit in the shoulder and when I saw both of the boys gang up on me I knew that I had no choice but to kill them. The boy I was trying to negotiate with told me I was an old guy who needed to go f*ck himself. I gave my men the signal to come out from hiding. My men surrounded the boys in the parking lot and we shot the boys down before they could set foot inside the school. Once again, the killing of the boys was clean and precise. I didn't want to kill the boys, but I had no choice. My daughter got angry with me when I told her that I tried to negotiate with one of the boys. She told me that what I did was idiotic. My daughter, Amy, is a doctor. She removed the bullet in my shoulder after scolding me. She told me that she didn't want to lose me. I understood how my daughter felt. Her mother, my wife, died of brain cancer. My daughter is 26-years-old and she's a mother. She wants me to retire so I can spend more time with her and her daughter. My beautiful, 6-year-old granddaughter, Becky, acts just like her mother. She's a precocious little girl and she loves spending time with her grandpa.

I understand why my daughter wants me to retire. She tells me over and over again that she doesn't want me to die and she doesn't want Becky to grow up without her grandfather. She wants to take me on a vacation. My daughter's dream is to take me to the Bahamas. Now I know that I have to stay alive so I can go on vacation with my daughter. I plan to retire soon, but right now I have to keep training my soldiers for our next mission. I have to train you to be the best soldier that you can be.

Today you and my team of men and women soldiers will have one chance to save thousands of lives. We have to stop 19 al-Qaeda terrorists from hijacking 4 passenger airliners. If we fail, innocent lives will be taken. You, me and my team will be ready to save lives today. Our destination is New York City and 2001 is the year you're going to be traveling back to. If we succeed in this time reflection mission, we will change American history forever.

I actually just adore your writing style. It's lovely. :)

This is a great take on the prompt -- truly interesting. Keep it up! 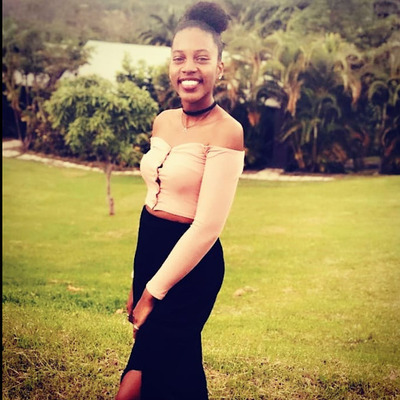 I loved that you used real life events, it worked well with the immersion second-person narratives aim to achieve and you did it seamlessly.

Thank you so much. I tried to make it realistic and enjoyable. 💗💗💗

Great story. 🌟 Mind checking my recent 'Youa and the train?' Thanks🙃