You need to jump. You have to. The sea looks grey and stormy, it's splashing and screaming and yelling. But you can make out a little spot of mundane yellow sand, with a small pearly cove - where you will be safe. You slide your warm hands at the base of the window and slowly pull it up, feeling the ocean winds kissing your face.

You cringe as you wipe off the green grime at the tips of your fingers.

The bedroom behind you is almost begging you not to leave. You say goodbye to the faded pinstripe couch and the dangling orange lamp. You wave to the dead marigolds that sit in their broken china pot, the cold cucumber that sits half-eaten on the wood counter. The place feels homely which is a rare feeling to you. You've lived here the longest, for months. But it's easy to part with this place. You are experienced at goodbyes.

The wind weaves around you like a cold spider's web wrapping you tighter and tighter. The waves are so deep and black, they look like heavy oil. Mist shrouds your body in humidity. The black sea is coming closer and closer until you are in it. A loud splash sounds in your ears. The waves lap around your neck, not sweet and soft, but hard like a dark black eel. You try to push yourself against the bracing current, but your strength and effort are no avail.

You pull yourself under the current and into the deep water. Tiny bubbles swim out of your mouth as you scan the surroundings. It is dark. Empty. Quiet.

The screams of the ocean are stifled into soft moans. You start to kick your legs fast even though it burns like fire. The lack of air makes your lungs feel as heavy as lead.

You pull your head above the water to catch some salty air. The sight of the tiny cave in the distance makes your blue lips curve upwards. The air soaks into your nose and mouth and the sensation is heavenly. But after that, you have to push your head back in and continue to kick your burning legs. Which still burns like hellfire.

After what seemed like eons of kicking and gasping for air, your weary arms brush against salty sand. Relief floods you. You pull yourself onto the land like a wounded animal. Feeble. Weak. Timid.

You stagger to the cave. The hard spiked sand pricks your numb white feet. The wintry wind wraps you in painful coldness which seems even colder around your soaked body.

The cave is grey and shallow. So shallow that it only holds enough space for one person. You've always wished that you were shallow and grey. You are grey and empty. But not shallow. You're deep, deeper than the deepest, most pristine seas, deeper than the most beautiful love. You are so deep that when someone thinks they know you, they are always wrong. Nobody knows. You are tangled up with things you shouldn't be tangled up with. When you are scared, when the shadows have overcome you, you have to hide. You cannot call the police, you have to run.

Because you are always hiding and running. There is no safe haven for you.

All your fantasies are broken and eradicated like buildings burning in orange flame.

You spend your days searching for plump fish and curling tightly in the cave to protect yourself from the cold hungry winds. The waves wash up things, shiny green glass which you use to make sharp knives to kill juicy fish, wet cardboard which you use to write secret messages and codes, and soaked food which is the most precious to you.

You weren't wise back in your days. You weren't constrained by convention. You were thinking about survival but in different ways. You were a spy...a good one. But soon people who you loved and cherished... turned against you. Left you. You ran. But they ran after you.

Your arms are getting thinner, so thin that the strong winds would shake you. The skin underneath your eyes is eggplant purple, you don't sleep. You can't, you have to stay awake to watch and see if anyone is coming for you. You are a deer always on the lookout for hungry growling lions.

The waves are loud like howling wolves. The wind is whipping your face. A little boat comes into view. Dark chestnut and small as almonds. You see a pinkish face, with a sinister sneer and a curved moustache. The old man's pants are khaki green and his shirt is striped with faded pale colour blocks. The evening sun casts long shadows on his face. He is in disguise. You drop slimy fishbone that was in your hand a second ago and run.

You don't know where you'll run. You just must run. You might run off this island and into the torturous waves. You may find a boat and climb aboard. You might try to disguise yourself as a clown and entertain children at a cheap circus.

You throw your weak thin body into the crashing waves and pull yourself forward. The sky is bruised with sangria purple splotches, ready to burst apart into thunder. The sun is setting the sea ablaze in orange light.

You are on the edge.

You could die painfully today.

You could get captured by your greatest enemy.

But a little thought inside of you whispers, Maybe I won't always be on the run.

Pondering this story, which is full of fantastic imagery and just gathers up all of it around the narrator. It is very tied to the images, which is great, but the reason for the whole scene is mysterious. I really see this as part of a larger narrative, in order for us to understand all that is going on, the curse, the danger, etc. This story wants to grow. I need to know about the curse and who the narrator really is. Nice job hooking me.

Thank you for the feedback, the reason I didn't write too much about the curse is because the curse isn't really "a curse". It's just a problem that she got herself into. See, she was a spy and her associates turned evil, so the curse was that she was always running and hiding. I understand what you mean. But I'll work some more on trying to elaborate on the narrator! If you find some time, please give me some feedback on my other stories! Thanks. :) 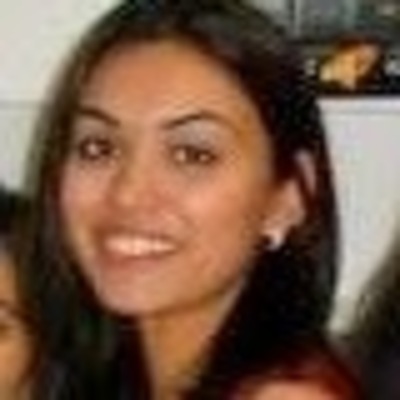 This is amazing, Z! I think you were very creative with this prompt.

Thank you! I'm glad you enjoyed it!!!

The story captivates with specific imagery, and the second POV attracts me as a reader. It makes me worry about the notion of survival, as if I was immersed into the narrative. The figures of speech also work perfectly. Keep up the good work! :) I would also appreciate your comment in my story.

Thank you so much for your praise! I appreciate it! If you enjoyed my story, please give it a like!!! I will definitely check out your stories!

Really great. I actually love that you didn't use the prompt verbatim, but rather made it into the setting, that is really cool!

Thank you! If you enjoyed the story, please give it a like!

Wow, great story to recommend for a first time reader of your work (me!) and I love the story. Seems like you already have a lot of good feedback here and they mentioned most things I would say so I'll just do the accolades. :) looking forward to more stories from you and flowers, flowers, lots of flowers.

Great take on the prompt! Mind checking my recent story out? Thanks.

Ok, I will! Thanks for checking out mine!

Love the story! Since you asked for feedback, I will. :) This story was perfect though, good job! The one thing that bothered me a tiny bit was this sentence. "The sight of the tiny cave in the distance makes your blue lips curve." I thought the character was frowning, and had to get clarification from a friend (or maybe I'm just dumb.) So, maybe say "blue lips curve upwards." or even "blue lips quirked up into a small smile." Or something that would clarify a bit more, but that's just my opinion. Another thing is that the last line is...

Thank you so much for the thoughtful feedback!!! I understand how you didn't know if she was frowning or smiling, (that was a fault on my part). I will definetly fix it. And I will italicize the last line! I am a young writer and always looking for feedback, thanks a lot for taking your time to help!!! (It definetly didn't offend, just helped.)

The portrayal of elements in nature was amazing - the wind, the waves - they added another layer to this story and those last few lines really brought everything together! :)

Thank you!!! I'm glad you liked it because second person is new to me!

I'd love if you checked out a few more of my stories, it'd mean a lot if you gave feedback! :)

Definitely! Could you read my stories as well? :)

I'll get right to it!

This was a very interesting story that kept me intrigued mostly throughout. The descriptions at the beginning were very well done and there was lots of imagery throughout. I really liked how you described the character swimming to the cave and reaching the land. "You pull yourself onto the land like a wounded animal. Feeble. Weak. Timid." great imagery here! However, one thing to keep in mind was some of the repetition. Repetition can be a good and powerful thing when used correctly. You were on the right track here and I understood w...

Very nicely written story! The thoughts and fears of a spy are captured perfectly, and the imagery is amazing. Very well-written. Also, would you mind checking out my story if it's not too much trouble? Thanks and good luck!

Thank you! I will check out your story! But this character wasn't a spy. He was the girl's real father who was a criminal.

Oh! Now it makes so much more sense! Thanks for the clarification.

I'm so sorry, I was actually referring to another story called "Rainy Days and Lemon Yellow Umbrellas" which I wrote. In this story, the main character is just a woman on the run.

Yeah, I think I read that and got them confused too. Sorry.

I definitely loved your description and I feel this piece is deeply metaphorical for how unpredictable, wild and terrible life can be sometimes. I do like the last line as you really don’t know what will happen in the future. You can only live everyday and take what comes. Nicely done. :)

Love how you grab and keep the reader from the start. I would lose the ellipses, starting with "Then you jump" and other places this is distracting and unecessary. Your words are dramatic as is. Also I could see the story ending stronger than "you don't know." How about something like "Nothing is certain. But the next time adventure calls, you know you'll jump."

Thank you for the help!