She sat in the corner of the cell, her velvet hair no longer up, but falling down in strands on her shoulders. Abrielle laughed maliciously, saliva drooling out of her mouth and rolling down her chin. She let out a desperate sob and a scream of pain. Her hands still had blood on them, and no one had bothered to give her something to cover up. Her dress had been torn at the bodice leaving her bosom exposed. I took my top hat off as I entered and knelt down, my hand reached up to stroke her cheek and wipe her tears.

She broke down into a sob again, her fingernails digging into the ground.

Her eyes met mine and the innocence that I knew so well had vanished. This wasn’t the Abrielle that I had loved.

She was loved more than her words were, this only due to the identity of her sex. She was only part of our writer’s circle because she sold more stories than the rest of us: Gaspard, Oscar, Luciene, and myself. To further crumble the ego of the gentlemen of the circle, she only loved me.

Abrielle was not the most beautiful creature, but where her beauty was absent her intelligence was present. She possessed the ugliest smile that I had ever seen; it was crooked and her two front teeth were larger than normal, sticking out of place whenever she expressed her delight for something. And yet, it was a wonder just to look at her, admire her silently as she was oblivious to the fact that anything was happening around her. She seemed to be constantly in a daydream of her own, ignorant to the movement of everything else. She lacked attention for the present moment, often caught in a daze that trapped her in her thoughts, the impressions of the world being etched into her mind.

“Étienne,” she used to whisper to me, “when you love me it makes my writing better.” I was consumed by her, obsessed with the woman that spoke beautiful words full of life. I would kiss her, caress her soft hands that beautifully picked up a fountain pen and dipped it in the ink that soon would stain the sheets of paper. She would work late at night, the oil lamps were all empty by morning; I would fall asleep, my head in her lap, smelling the scent of lavender that was caught on the fibers of her dress. There she would sit scribbling away all night. Towards morning, she would then remove my head from her lap as the sunlight began to creep in. She would put the ink away and lay next to me, her hands on my chest, feeling it rise up and down.

But she would torture all men that sought to love her. Abrielle was a bird being chased by Paris’s rich idiots that wished to contain her; but how can a voice that is meant to sing be silenced? They fought relentlessly for her, hoping that the more they pursued, the higher the chance they had at winning Abrielle. They would write letters to her (a mistake on their part, as they had no talent for writing whatsoever) boasting of their passion and love towards her. Gaspard, in the least, had wanted her from the beginning. His heart was set on having Abrielle all to himself, he wanted her so much that he needed her. Abrielle gave him no attention, ignoring him and playing with his affection to the point of insanity. She would tease him, mock him, watch as he failed to grab her attention as days, months, and years passed by. But Abrielle loved me, and I was not to be deprived of her love and affection.

I recall Abrielle’s voice when she whispered into my ear that she loved me. Although I was a man, my heart beat with the rhythm of a young boy. All I could do was hold her tight, stroke her hair and kiss her temple, drowning in the scent of her perfume.

“Love me,” she would whisper, “love me as I am loving you, as I love the words that let me tell you that I am in love.”

It was then when I kissed her for the first time, so taken by her and forgetting reality to only remember dreams. And with my love came her success.

Late one night a message had been delivered to me.

My hands were shaking violently as I ran to our bed chamber to see her sleeping so peacefully, as if the act that she had committed did not affect her in any way. As I shook her shoulders, screaming at her to wake up, her eyes came to a slow open, and a smile graced her face. I raised my voice to ask her what she had done and though I was quivering madly, she seemed to understand what she was saying. Her face had become whiter than chalk as though a phantom had possessed her body.

I didn’t know what to say. I opened my mouth, but any sound failed to come out. I snatched her hands in mine and saw the dark red spots on her hand that I knew were blood; and I tossed her aside, her shrieking in horror, only now just realizing what she had done.

And yet she continued to scream, “I didn’t! I didn’t!” before dissolving into helpless cry.

I put my hand over her mouth to muffle the noise. Her breathing became slower until the cries that she was giving out were almost silent. I asked her to tell me what had happened. With a heavy sigh she began:

“Gaspard stole my life’s work,” she paused after this, grabbed her knees and held them to her chest and began rocking herself back and forth, “My writings were taken by him.”

I proceeded to ask her the details.

“He took my writings and published them under his name.” At this she shook violently and let out a loud series of sobs. It had taken her a while to calm down again, but when her breathing had regulated she continued: “I was writing at the club and he entered my office, his breathing was heavy, like a beast hunting for its prey. He approached me slowly, his shoes making steady noises on the floor. Gaspard took my wrist and tossed me to the side. I let out a small noise, this being too insignificant to even be heard outside of the room. He ruffled through the papers on my desk, his eyes skimming over every passage, every line, word, mark on my paper. He then stormed out, locking the door and leaving me trapped inside.

“I sat there screaming at anyone that might be able to hear me, but no one had been there. I rattled the door, hoping that somehow it might open and I might be free. The worst thoughts ran through my mind: Gaspard was going to take my life, leave me here to rot, or burn my manuscripts. I waited in the room for what seemed like hours. Near daybreak Gaspard had come in again. He gently laid the papers on my desk and then left the room.”

After this Abrielle took a short pause and began to shake again, but stopped once my hand squeezed hers. She got up and went to the window, her fingers tapping the window sill a few times before she spoke again.

“The next day I put together the pieces of what had happened the night before. My writings had been published under Gaspard’s name. His photograph sat neatly tucked next to the words that I had written. My anger had blinded me and I sought to kill Gaspard. Unfortunately, I was unsuccessful.”

“No!” she screamed this time. Her fingernails digging into her arm. She flinched and then turned to face me, looking at me dead in the eye. “I only meant to harm him, to cut off his hands so that he would not write anymore.”

I stared at her in disbelief.

“But I suppose,” she continued, “that I had stopped at the wrists.”

She then started laughing. A psychotic laugh that echoed in the apartment, shaking her even more. She choked and coughed a few times and then began laughing again. I moved to cover her mouth or to grab her and hold her to my chest so that she might not make any noise, but she pushed me away. She wasn’t strong, but she was wild, tugging at my overcoat, biting into my sleeve, and then dissolving into a drowning laugh again.

“They’re going to come after me, aren’t they?”

“Yes,” was all that I managed to get out. She had stopped crying a quarter of an hour ago and her head rested on my chest. She nodded in understanding and looked up at me, her crystal eyes reflecting her pain.

“Kiss me one last time?” she asked, as though unsure if I would. My lips touched hers and I held on for what seemed like hours, thinking about how much I loved her and if I would ever see her again. I remembered her radiant smile, although crooked was beautiful. After we broke she looked at me again, studying my face, her brow perplexed.

“It seems that fate did not want us to be happy, my love,” she said, as though she knew this from the beginning. “Keep my writings, Étienne. Let them take me but not my words.”

She looked at me with fear in her eyes, the fear of being silenced. I promised her that I would keep her writings safe. Abrielle closed her eyes content with what I had told her, her mind had been put at rest. In a few minutes she was already fast asleep, her mouth curved into a soft, crooked smile. 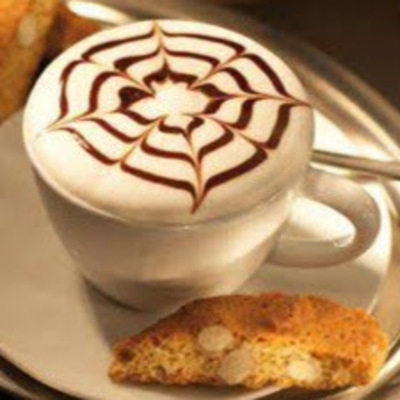 Good story👍👍🌈🌈 Mind checking my recent story'You and the train?' Thanks.🙃