I was flying. I was falling. I was walking. I was crawling. I was— I am sinking. Through strings and lines and plots and schemes. Always there, but never close to reaching. Single thoughts and braided words meant to slip between fingers never intended for capture.

I descended for hours, days, or years. Always searching, wandering, hunting. I captured many at once, their images leaping in and out of my brain like dancing ballerinas. I glimpsed marble palaces, vast oceans, thriving forests. I marveled at the horrifying diverse creatures. Some were hairy, slimy, or scaly. Others were huge as boulders or small as butterflies. I could not hold on to them more than one breath of a moment.

When the images vanish, I realize their presence felt very wrong. They tasted like rotten fruit left too long in the sun and their smell like spoiled dairy. Their appearance like mismatched puzzle pieces fit together against their will.

“We have not found our creators to put us together.” They replied.

One by one, they floated up and out of view. Far from the tight fist of my mind.

Day by day I grew desperate, sinking further and further in what might be an endless loop. Always capturing, but never keeping. I tried to ignore the feeling that I was not the one letting them go, but they were the ones to let me go.

Sometime later, I continue my regular hunt, waiting for the right one to claim— or steal, I suppose. Once I capture a couple of them, I let them all go. Instead of drowning in self-pity, as usual, I follow one that snags my attention.

I trail after it on silent feet, its strong earthy scent drifting back to me. I inhale deeply.

Abruptly, an image of an enormous castle appears in my mind. Its gray stone appearance blending and blurring the silhouette of it against the stormy clouds in the distance. The bright sun glaring at it from above. The many windows like inky eyes void of any emotion.

Around the large castle is a dome of misty gold. The bright color out of place as it glitters in the blinding sun. The stark contrast of gold against grey dizzying.

Immediately I think of a hundred different ideas and scenarios that could happen to this strange place: a young wizard meant to break a curse and revive the castle; a country at war and this place is the only safe haven; a monster lurking in the dungeons far below the castle that a group of brave warriors has to slay.

Just as sudden as it appeared, the image vanishes, and its potential with it.

I open the eyes I had not realized I closed and glance around. I am alone once more. The empty stillness blanketing my thoughts. Smothering them like dying embers.

The one I intended to steal is gone. Runaway to its true master, who will give it a life worth living, a story being told for years after, never forgotten.

I take a moment to mourn the castle and the reality I could have helped build. That world could have been mine. I would have loved it and cultivated it as if it were my child. Now it is gone, slipped through my fingers when I was not looking. That world with a wonderful potential belongs to someone else.

For once, since this journey started, I stop and breathe. Breathe as I feel my hope turn to ash. Blown away by a ghostly breeze.

I think about what I have done. Relentlessly hunting for them, never stopping, never giving up. Hoping against all odds they would choose me.

Again, and again I failed to understand they were the ones to choose their own master creators. Not the other way around.

After each failed attempt at a hunt, I grew more tired of waiting, more anxious to get started. Although I knew the process required calm, calculated patience.

At this thought, my brain gains a new clarity. I have approached this from the wrong angle. I was trying to force them to claim me against their will. I vow to myself I will fix my mistakes, right my wrongs, and above all else, to wait. I will bid my time and wait for them to choose me instead.

My dying hope is replaced with a grim determination. For however long it takes, I will wait for them. Because somewhere out there, I know there is one just for me. I might as well save both of us the trouble of running in circles and wait for it as well.

“The hardest test in life is having the patience to wait for the right moment” I have been told. I suppose I can see the wisdom in it. One cannot pick an apple before it blossoms, or smell the scent of a rose before it blooms.

The ones who told me were not lying; patience truly is the hardest part of this journey. That is saying quite a lot considering how much I struggled while hunting for them. However, I still had something to occupy my time with.

Although I did learn something new about myself, which is that being patient proved to be my least favorite activity. The only thing to keep me busy was my thoughts, and they were very dangerous at this time.

When I find myself unintentionally spacing out in the endless sea of my thoughts, that is when the doubt that there will never be one to choose me creeps in. Sometimes it slithers in slowly like a snake, freezing my train of thoughts. Other times it dives in like a falcon going after its prey, burying its knife-sharp claws deep in my brain; scattering my thoughts with it.

When the doubt appears, I greet it with a wall of steel and a heart of stone. Refusing to let it charm and manipulate its way inside. Instead, I force myself to believe that the doubt is wrong, there is one out there waiting for me. Because that is how great people do great things, if they let it eat its way from the inside out, there will be nothing left to wait for.

So I fight it every moment with every ounce of will that I have.

I feel it approaching before I can see it.

I feel it in the rising hair on the back of my neck, the tingling sensation in my body, the pull in its direction.

Right away I am filled with excited anticipation, closely followed by a bundle of nerves. Before my brain has the time to comprehend that it is at last happening, I spot it.

Immediately, I can confirm that it is the right one, silencing the drop of doubt at the back of my mind. Whereas all the ones I have captured had a strange wrong presence about them, this one seems to be the complete opposite. The only way to describe it is an indescribable flawless feeling, the kind that someone would not know until they experience it themselves.

As we tentatively drift towards each other, I scan its appearance. Where the others were like mismatched pieces, this one fit together perfectly. The pieces were chosen precisely, thought over multiple times before put together.

As its scent gets closer and closer, I inhale with enthusiasm. My body buzzing like a hive of bees when the series of images appear.

I am in a small dimly illuminated theater, sitting on a soft red velvet chair, watching the stage with the rest of the crowd. The heavy red curtains part and a white light blazes down on the stage.

A single-file line of little girls in white dresses enter from the right side of the stage. Dancers, I realize. Ballerinas, to be more exact. As the last girl enters, I feel a jolt runs through me when I look at her. That is when I know she is the star of my story.

The little girl looks to be the smallest in the group. Her dark red hair pulled back in a small tight knot. With large brown eyes and freckles against pale skin, she has the innocent doe-eyed look.

As the ballerinas start to dance, the girl seems to be struggling, her leaps and twirls stiff and inelegant.

Right before the image changes, the girl stumbles, and the crowd gasps.

The next image shows the same girl, but a few years older. Instead of the white angelic dress, she is wearing a somber, black, shapeless dress. Her red hair dull and face blotchy with tears streaming down her cheeks.

She is standing in front of two gray stone graves, a handful of lilies on top of each. An elderly woman has a hand on the girl’s shoulders, the same grieving expression on her withering face.

Her parents must have died, I think to myself.

The image melts again, and the last one appears.

This one reveals a newspaper article, with the same girl on the front page, leaping in a pirouette. The title of the article— written in bold black letters— states: ‘The Best Ballerina of the Century’. The image disappearing right after.

As I am back in my body, my mind travels a hundred miles per second. Thinking of a dozen possibilities of what could happen to this girl. Of who she is and how she got to her success. My hands already itching for a pen and paper.

I have got my wish. I got the opportunity of telling a story that will be remembered. I will not waste a single moment of it. 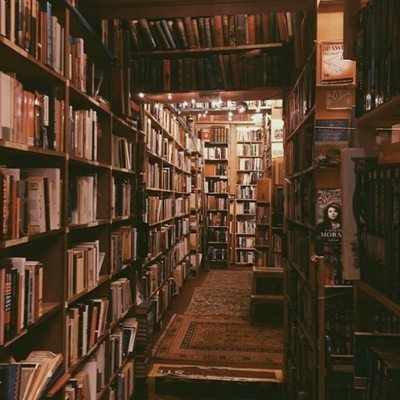 Excellent writing! Beautiful images and vocabulary - I was captivated all the way through!

Hello! Good story. Mind checking my recent story out? Thanks.

Thank you! And yeah sure