The murderer was the neighbor, spurned and misguided, hiding in plain sight as Steelworth looked everywhere but right next door. Of course. Genius.

No point in telling Patty that, though. It wouldn’t make her very happy, at this very moment. Better to wait this out — no, get out of this as quickly as possible so I can get to keyboard again before the idea gets away.

David set about coming up with the best possible combination of words to get away from his wife, who seemed to be either having the worst time or the best time of her life chewing him out in the living room, her coat still dripping on the carpet.

He could say something like “I know this is hard for you. I’ll do better.” That seemed safe, supportive. Needs to be sweeter, though, to really get her off my back, throw in a “honey” or a “darling.” She liked when he called her something cute but also quaint. One of the perks of marrying a writer, besides his witty pretentiousness and dexterous fingers.

“I have to deal with their shit, every day, and no one listens to me. Nobody listens to me except for Cathy, but I’m not seeing her anymore, thanks to you.”

Well maybe you should start paying me to listen to you, if you want another Cathy. No, definitely don’t say that. Try again.

“There’s just so much, preparing for the funeral, managing my workload and those idiots I work with — honestly, I can’t trust them with anything, it’s so frustrating—“

“I know this is hard for you, honey.”

Her eyes, still livid, now started to fill with tears. David was unfazed. If anything, he was relieved. This was part of the cycle; she’d come home ready to burst, quickly commence with the bursting, yell at him for a while with her tossed hair flailing outwards like octopus tentacles or seaweed or something else slimy and slithery, and then she’d work herself into tears, which may fade into exhaustion or escalate into slammed doors and another night on the couch for him. The tears indicated that they were on the right track, near the final stretch. David decided it was safe for him to drift, as long as he stayed lucid enough for the occasional nod.

“It… it is. It’s really hard. You know, I wasn’t even very close to her, she was… Well, she was on my mother’s side, I probably haven’t even seen her since last Thanksgiving — two Thanksgivings ago? — I don’t know why they’re having me manage the funeral, probably because my Adam is always stoned off his ass and Christine’s off on the West Coast modeling or something…”

A cousin, that’s interesting. Maybe the murderer was the cousin instead, secretly in love with his own family and unable to deal with repercussions and shame of this. Nah, incest isn’t popular right now. Neighbor is sufficient enough relation. Maybe they were old family friends.

“…But it sort of feels like I know her now, you know? I must have looked at 600 pictures of this woman, seen more of her face in the last few days than I’ve seen of your face—”

Oops. Something about me. What was it? Nod. Solemnly.

“—or even my face, for God’s sake. I’m almost scared to look in the mirror, because I’m scared she’ll be looking back at me, is that crazy? That’s crazy.”

Don’t nod, DON’T nod. Maybe just a concerned look this time. That neighbor, Francis or Jared or Benjamin, he was probably crazy though. Perhaps sociopathic, or depressed. Maybe even multiple personality disorder. Diagnosed? Kept secret by a family that was ashamed of him, that’s it.

“I think about it, sometimes. What it’d be like if I were to die like that, all of a sudden. Car crash, it was. They think the other driver might have been drunk, but Sharon was batty, maybe she’d forgotten her glasses or something. I shouldn’t speak ill of the dead. But can you imagine making my slideshow? Watching my life flash by in so many pictures? There are so many things that I haven’t done, and even the things that I have done, it’s not like there’s pictures of them. Skinny dipping off the coast, that weekend we ran away to Cabo, the last time I saw my high school friends, the first time I met my college ones, the first time I met you. None of that is recorded. No one has seen it, no one even knows about it, except for me. Can you imagine if all of that vanished? Just… poof. Gone. Can you imagine?”

There was a slight pause, her eyes searching his. So that one wasn’t rhetorical.

“You’ll get through this, honey. But right now, you need to rest. Take a break.”

Her eyes narrowed at him. Wrong answer.

Final confrontation: Francis or Jared or Benjamin, after months of waiting and wishing silently, finally musters up the courage to ask Jennifer to run away with him — someplace new, someplace where they can be together. It makes sense to him, within the unorthodox contours of his mind, but she is appalled, rejects him. It’s the last straw. That’s it.

The distraction of "safe little husband" dragged David at least partly in the present with an uncomfortable pang, and the look in Patty's eyes kept him there. It was something new, something he hadn’t seen before, not part of Patty’s Typical Cycle of Grief. What was going on? Maybe he’d buy her some flowers tomorrow, that usually made her normal again.

“You’re not nothing,” David said, but she hadn’t been looking for an answer that time, didn’t even seem to register his words. “You should get some sleep.”

“No,” she said, distantly. “Not yet.” Her face hardened; a small smile, determined, convinced of… something. “I need to do something first.”

“I’m going to finish Sharon’s slideshow. She deserves that much, at least.” The thought was complete, grammatically, and yet it still seemed to lie in the air, unfinished. David didn’t realize this, of course. He felt a rush of relief, his fingers subconsciously flexing in anticipation, knowing he’d soon reach his keyboard and be able to pound his idea into reality.

“Okay, darling. And then bed.”

“I have something I want to write down, and then I’m off to bed too.”

That cut through the bubble that encircled David’s head. “I love you too.” That also hung in the air, next to Sharon’s name as created by Patty’s lips, unfinished, ringing false even though it was completely true. Or should be true.

David escaped the strange discomfort, leaving the words and his wife behind to rush to his office — the spare bedroom, technically, but they didn't have guests very often. He didn’t go up to bed that night. Neither did she. When he woke up, head resting on his notepad, ache in his neck, nickel-sized pool of spit dried to his cheek, there was a note on the kitchen table. It was long, passionate but calculated, scribbled in Patty’s quick but precise hand. It ended:

There’s something that I’m missing. I know you understand, because I think you feel it too. I’m off to find it.

I love you. Patty.

The words bounced around David’s sleepy brain, trying to seep in in some meaningful way, to no avail. Coffee first, he thought, hoping the coffee beans of his thoughts would be transformed as well, filtered and heated and made into something he could stomach.

Maybe he should have been alarmed, or hurt, or angry, or afraid for her. Maybe it should have sunk in by now that his wife was gone, left, and she might not come back. Maybe he should have felt her absence vibrating the fabric of his universe, his heart aching as it pounded half-heartedly for it was without its other half. But there was nothing, he felt nothing. You can judge him for that, if you’d like. Patty had thought about doing that, the night before. She decided against it. It was better to forgive him for what he was than to despise him for what he couldn't be. Only one of many epiphanies, for her. 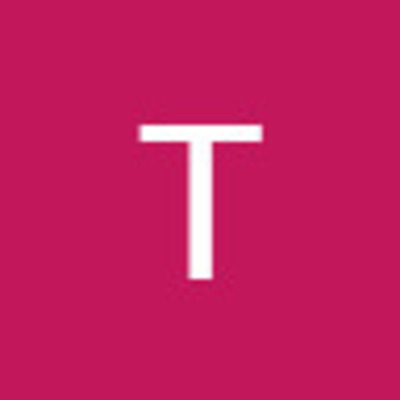 Hi, I'm a part of your critique circle, and I really enjoyed this read! I think it's a relatable writerly thought to be thinking about a book, even if you should be fully present in your reality. Both of your characters are very well-developed, and I could feel how David was numb to both Patty's pain as well as the world around him. I think the way you wrote the story, with bits of his work-in-progress intermixed with Patty's grief portrays the idea perfectly. Great writing! :)

Thank you so much! I really appreciate your support! I'm reading your piece and will share my thoughts very soon :) 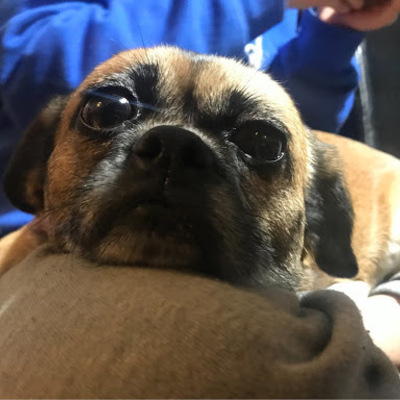 Hi! I'm part of your critique circle! I really enjoyed reading your story! It's incredibly well written! The character development of the writer and his wife is strongly displayed throughout the story, and I love how you can feel the emotions that the wife and the writer are feeling! Really nice job! You're a great writer!! :)

Thank you so much for sharing your thoughts! I really appreciate hearing from you. I'm eager to share my thoughts on your work too! Comment coming soon :D