As soon as the scorching beams of sunlight force the eyes to close a little tighter to compensate the unusual act of her mother, who just draws the curtains to a side to open the window to let the fresh summer air pass through the room. As if a ball of rage has risen in her, as if she wanted to shout out until her lungs would burst, as if she wanted to get back to the same situation she was in, a while before.

"I was trying to have a nap to boost my thoughts".

She wanted to spill out her inspirational thoughts she was having since last night. Although writing stories was in her blood and she was working on it since grade 3. A diary, her most precious element on earth, helped her grow in this field and still being a blood born writer, her inspiration never woke up until yesterday when she was having all those thoughts about reading a long passage on a girl who was fighting her insecurities. It was as if something has really hit her right in the heart. As if it's writen all about her, as if the words melt down in her veins and the blood rush towards up the chest.

"You will going to be okay."

She remembered how she consoled herself. How her little beats of heart was increasing on each passing second trying to calm down her tempestuous storm of musings that was increasing her risks of having a panic attack again.

"I will pen down and I will let the words bleed on paper. I won't let this fear build a castle in me to let every insecurity lie and rest in me. I won't let it conquer me." As if she has declared a war against her fears. As if she has enlighten a path in herself that was leading to build a future for her in the form of writing. That's where her inspiration begun. That light bulb moment she had last night was still roaming and wandering around in her territory of thoughts.

She sat on her bed straight like a brave alp with a sword in her belt waiting to get commands to attack the castles of fears in herself.

She was asked by her mother. A question, whose answer was found but she wanted to hide it until the right time, Until she worked on that light bulb moment.

"My inspiration is calling me."

The reply was classic yet sounded sarcastic. Her mother's stares forced her to lower her gaze for the words were totally unpredictable. She heard her room's door close behind her. Her eye catches her beloved pen resting on her beloved diary.

There she goes off to pour out every essence of her thinking on the blank paper.

Yesterday when I was going through some hard time, I came across something that changed my perceptions on being imperfect. Well, a lot of people had told me that I'm beautiful yet I want to know and feel the beauty resting in me but every time I try to approach it I failed to get it. And every time when it turned into a fiasco, I embarrassed myself for not being who I am, for not embracing myself. But the story is a little different now."

There her pen started running with every word dropping out and inspiration running in her blood, the young blood of age 22.

"I always wanted to do something to feel proud of myself. And there I looked up to my destiny standing right in front of me with a white coat in hand. I grabbed it, put it on myself and searched for the perfection in the mirror i had. It seemed amazing first. Just like a bud that transforms into a beautiful flower in the season of spring, where butterflies wander around, spreading through their beauty of colours an air of glee, where birds chirping sounds pleasant to the ears, where orange colour of leaves turns to green freshening the air all over the little cosmos of the one who walks bare feet on the grass to feel the serene getting inch by inch in the body. But from somewhere a huge wave strikes over and snatched the beauty turning it into a devastated land. Being a doctor, while trying to pass through a crowd in a hospital, I had to swim through the words. I had to engulf this huge mass that was stuck in my throat. I had to get over 'let this tiny pass.' I had to get over ' You weren't in the class with no matter what evidence you have in a so-called university being a so-called court of justice. ' how pathetic is it to suffer everything alone. To walk along the path alone. Still I stand tall and passed the storm with not even a tear in the eyes but with a bright smile. Let the time decide the future of these ugly monsters. With a striking fresh air, within volatile memories, remanants of some of them started chanting a song full of sorrow to invite melancholia. And I was never a craven person. I would proudly call myself a martyr if my death angel visit to take life. But I won’t stop the war. Haply, I will be the most beautiful and courageous human as I will wear the armor of qualities I have to defeat the fears that are chanting a song of my death. And the white coat, which I had achieved through my passion, will be my strength.”

She wrote the whole scenario with every word draining her energy to lose courage to send it off for publishing.

"I had to do this. I had to help others having this similar phase in life."

Saying this she emailed her writing. She closed her eyes for few seconds to feel the burden lightening, which was previously making her shoulder heavy. She was carrying it every day with her but now and onwards it will be no more. The light bulb moment create a stupendous way of letting her out of her own darkness.

A few days later, she received back an email saying:

I read your story and it was so inspiring. I would love to meet you personally.

A smile spread on her lip. She looked up at her mother who was staring at her as if she was feeling proud of her daughter. And she realized, this is how being proud on oneself feels like. And this smile is what a beauty feels like.

Nice story, keep writing! We all have our little imperfections but that's what makes life so interesting. Determination and courage will help us overcome all of the obstacles in our life. And it is those sweet victories that make life worth living. That is what your story told me. Thank you

Thank you so much for such a kind comment. This means alot❤

Really nice story! Wonderful narration! Also, would you mind checking out my story if it's not too much trouble? Thanks and good luck!

Sure.. I will love to read your stories .❤ 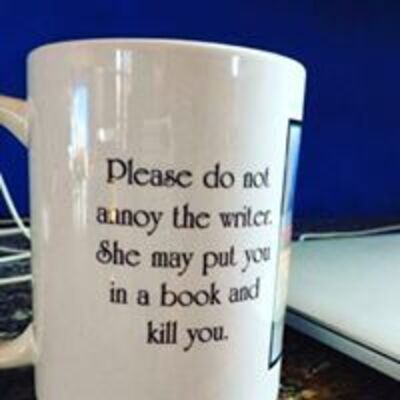 love reading every word of it😍

A very beautiful story indeed Khizra! Love your style of writing...Kudos! Keep it up!

You're welcome. :) I would love to read more stories from you

Wow!! You wrote the story so well. Narration was great too.

Thank you it means alot❤

This is truely a heart touching story which anyone can simply relate with 🥀 Keep it up Khizra & All the very Best for future challenges ! 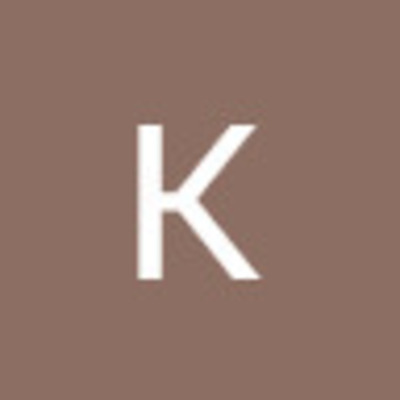 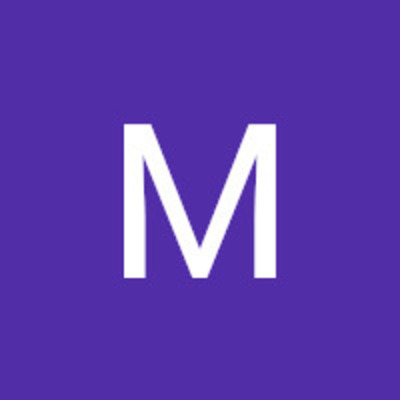 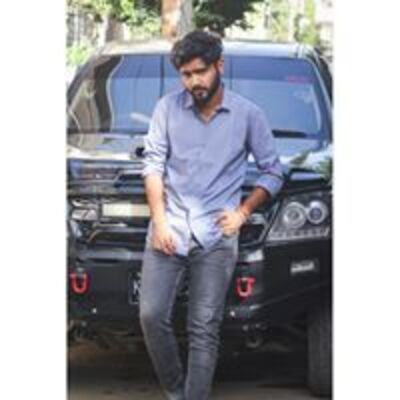 The additional mile is a tremendous, uninhabited no man's land..👀 A great many people who go there think, "Pause... nobody else is here... for what reason am I doing this?" and leave... Make the additional call. Send the additional email. Do the additional exploration... Try not to stand by to be asked; offer. Each time you accomplish something, consider one additional thing you can do 💯💯 Excellent work keep it up sis 😍 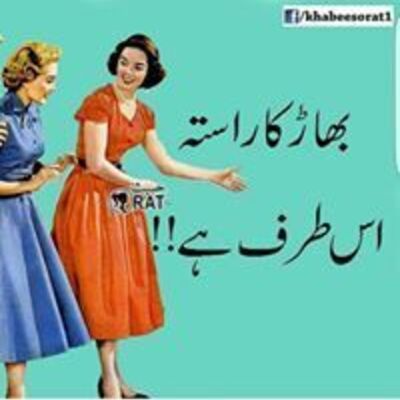 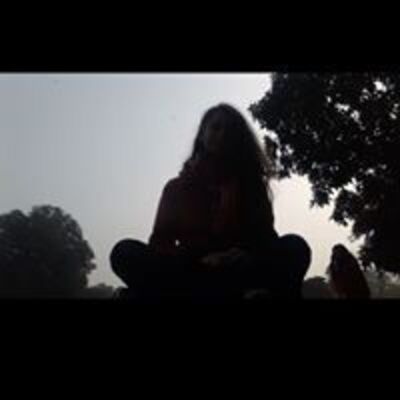 I like the framework of your story, and think more editing is needed to really make it shine and read smoothly. The opening does not seem to be structured clearly enough to establish the main character who is experiencing that moment. I would establish the character and her mother more clearly. Also, I think it would help to offset the parts of your story that are written pieces WITHIN your story. Example: Either putting the "Dear Diary" section in ITALICS or setting it off with ~~~ dashes, where this is delineated from the rest of your stor...

I agree with Emily here, especially regarding changing the passive verbs to active. It helps move the story more. Same with the nouns with the word "of" in them e.g. "beats of heart" can be written as "heartbeats". There were some inconsistencies of tense use, where the sentences switch back and forth between past and present tense. This can be corrected by reading through your story after you've finished writing it. An "alp" refers to the mountain chain in Europe. I think you were referring to a brave "elf" with a sword? Keep wr...

Well, it was my first story and of course I am in my learning phase and trying my best to correct all the mistakes . The word Alp basically in Turkish means hero. So that's why I used it here. And I know I would have mentioned it here but anyways thank you so much for your kind words.❤❤❤

No worries. Thank you for teaching me that "alp" is a Turkish word for "hero". For future stories, you can consider italicising words that are derived from other languages.

Thank you once again❤

Thank you so much and I will try my best to refine my writings. Thank you for your kind comment❤