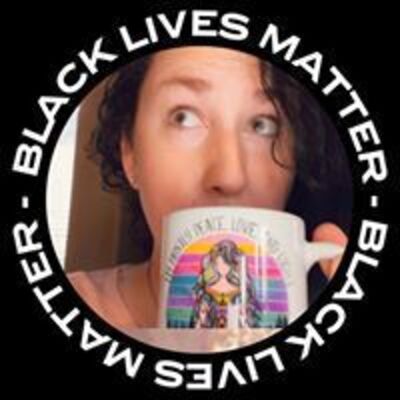 Familiar and foreign, the small black squares gave way under her the tips of her fingers. She felt butterflies in her chest, nervous, as a ballerina about to take center stage. Her lip turned in a sardonic smile and she shook her head slightly at the notion. Her laptop was her daily companion, searching, and reading, working, but today was the first time, the first time in a long time, that she intended and wanted to write. Not the emails and correspondence and spreadsheets and reports of her quotidian life, but the ephemera of her soul. The words that had so long escaped her were within reach, and she uttered a silent prayer that she would be able to grab them and wrangle them to do her bidding on the page that was not a page. The black cursor blinked at her and she tried to ignore the desire to correct and edit herself as she typed. That had been her downfall. That had stopped her from working the last time. That time years ago when she first tried to be Joan Didion. The spare, minimalist beauty of Didion was her aspiration, but the mellifluous anti-minimalism of her mind could not conform. She had given up that time, stymied by her need to fix and perfect and adapt. She had typed and deleted and typed and deleted and typed and deleted for hours and could never find the words that she wanted. She had given up.

She had given up and been blocked and from that moment, the typing that her fingertips craved was reserved for the grit and banality of forms and letters and simple comments. She could not bear witness to her failing and had decided that it is better to fail in the quiet of her mind than to fail in the face of the world.

But her mind was never quiet, was it? It was a thing that needed an outlet. It needed to be shaped and manipulated so that she could see what her soul was trying to say. She knew now that whether she was Didion or a mere pulp fictionist, all that mattered, all that she needed was the keyboard and the bright white screen where the black letters could march from left to right and left to right and left to right, line by line. If she could get the soul words out of her mind, and she could see them on the page that was not a page she could make sense of the thoughts that swirled and sputtered and smoked and shouted behind her eyes.

Her fingers raced across the keys now, tapping and clicking, and her eyes chased the marching letters, trying to ignore the sentences that trailed behind the blinking cursor. She felt the tightness in her chest that only the writing could relieve gather below her collar bone. She would write until that familiar tightness abated, and then she could rest and read and make sense of the soul words. She tripped now and again, typing an O where there ought to be a P, but she would not stop for anything. She feared that she would fall against the old block if she tried to correct the words before the feeling dissipated. She told herself that all she needed was to get the words out of her head and then she would feel better. Her eyes flashed brightly as she wrote a feeling or all the feelings and no longer worried that the genius of Didion would not be there when she read the pages at the end.

Didion would of course never be there because she wasn’t Didion. Only she could be her. She was herself and her soul words were not spare and haunting and beautiful and dark. Her words were hers and all that she could do was be in this space, with the page that was not a page, and the bright light and the marching words. She bit the tip of her pink tongue between the teeth on the right side of her mouth, gently, but intently, as she focussed on the feeling, on the tightness in her chest. She could feel it loosening.

Her fingers slowed, as she relaxed, knowing that she had beaten the stopping time. She had freed the soul words and they were safely on the page that was not a page. She took a breath and allowed her eyes to trail across the brightness of the screen, noticing the red squiggles that had affixed themselves to the now-still words. She didn’t mind now. She knew what she would find. She remembered. Her hands cramped as her chest released, and she felt calm. It was done. The block was gone. The page that was not a page was now a stack of black words from top to bottom, and she could see how she felt when she looked at them. Not right now. Later. Later she would read them and understand. Right now she just felt.

The anxiety that had kept her typing in the confines of her everyday existence was replaced with the exhilaration of having completely given herself back to herself. She knew that she would be back, night after night if only she could stop being stopped by the inner critic. She felt the familiar relief and joy that had become so foreign to her over the years and she remembered herself. The soul words had been trapped and the tightness in her had built up and up and up and up until she could no longer make do with the mundane. She had found the original bone, the fine powder that was her, and it was free. She could not be mad at the madness that had stopped her. But she was and she would be, until it, too, was marching across the page in angry black letters. She could not forgive her mean self for it until she could see it and understand it and read it. And when she could read it, she could breathe it and inhale and feel and know.

There's a lot of precision in your descriptions which makes it easy to imagine the scene. Really well-written! :)

Lots happening in this story, lots of good things. However, there is more tell than show. Work on different narrative levels, maybe let the character talk to herself. You've shown here that you have the skill to do that.

The words eventually did your bidding, like a page would 😉. You spun a tale out of thin air and kept me engrossed with your careful dramatisation and repetition of certain ideas. I look forward to reading more of your work :)

Very well done. I can relate to the writing. Smooth reading. Great job!

Hello! Great story. Mind checking my recent story out? Thanks.