The Edge of the World

Henrick closed his eyes. The sun warmed his cheeks as a cool breeze blew back his hair so it danced freely in the wind. His hands, so tense a moment earlier, laid limply by his sides. The air was salty, yet familiar at the same time, triggering a sense of nostalgia in him. As he stood there, on the edge of the world, he let himself be taken back to all those sunny afternoons he’d spent with his sister, Nour, exploring the rock pools that laid far below.

Eyes still closed, he took a small step forward, then another, then another. He’d never been this close to the edge before. Not really. Sometimes, when they were children, him and Nour would dare each other to wiggle up to the edge on their bellies. Back then, peeking down into the waves felt like such a mark of bravery. Now here he was, closer than ever, and unable to look down.

“Henrick. What are you doing?”

He froze. Of course he did. After all, what else could he do? He knew that voice.

“Hi Nour,” said Henrick. Taking a deep breath, he turned around and opened his eyes.

“Gemma told me I might find you here,” said Nour. Her voice was shaky, her eyes wide. The tone of her words betrayed that false kind of calm that sounds a lot more confident than it really is. Nour took a deep breath. “She’s worried about you. I’m worried about you. We want to help, Henrick.”

Henrick looked sadly back at her. He hadn’t wanted her to be here, to see this. He’d tried so hard to cover his tracks, to sneak away quietly, to disappear. Yet, here they were. Both transfixed on each other, both afraid, both alive.

“I’m so sorry Nour.” His voice shook. “I know you deserve better than this, than me. I hope you can forgive me and understand that this doesn’t have anything to do with you.”

“Forgive you?” Nour looked angry now, her voice rising. “You run off in the middle of the night, leaving your friends with cryptic goodbyes, not even bothering to talk to your family… and you expect me to FORGIVE YOU?”

Henrick swallowed, tears swelled in his eyes, not unlike those streaming down his sister's cheeks.

“You want me to forgive you Henrick? You want me to think this has nothing to do with me? Then prove it. Come home.” She held out her hand. “Please, just stop being stupid.”

“People who love people don’t jump off cliffs,” screamed Nour. “They don’t leave them behind. Please.” She held out her hand. “Please.” Nour could see the conflict in his eyes. Conflict was good. Conflict she could work with. Conflict meant there was hope.

She dared to step closer, and Henrick let her. He didn’t step backwards. He didn’t stumble and fall into the angry waves below. He didn’t leave her behind. So she moved closer, again and again, until she could reach out and touch him, and then she did.

Neda looked up from her notebook, her final sentence dangling in the air. The others in the writer’s circle had been listening thoughtfully, processing, reflecting. She shifted a little in her seat, breaking the spell. “And that’s it.” She finished.

“Thank you Neda,” said Joan, the workshop facilitator. “That was beautifully read and we appreciate you sharing your story with us. Does anyone have any feedback for Neda? Things you liked about her piece, or thought she could improve in some way?

“I liked it,” said a girl about Neda’s age, smiling shyly. “I thought it was really descriptive.”

This was only Neda’s first time at the writer’s circle, so she couldn’t be sure, but she could already sense that this girl wasn’t one to offer harsh criticism. She smiled at her, appreciating the support.

“I thought it was a good start,” a man sitting across from her chimed in. “But also thought it could probably have built up a bit more before the ending. What drove this guy to the edge of the cliff? That might be worth exploring. Also, not to criticise your ending, but it was a tad anticlimactic…”

“Oh, I was thinking that too,” said the woman sitting beside him. Neda had forgotten both their names, but was pretty sure they’d come together. They tag-teamed often enough. “What if they got into a car accident on the way home or something? I love an ironic ending.”

Neda felt her hands growing clammy. She took a deep breath and smiled politely. “I kinda wanted it to have a happy ending, you know., I feel that people are so used to having everything go wrong in short stories, for the suspense and the drama, that it’s almost a surprise when things go right.”

“There’s a reason for that m’dear,” said the man again. “We call it tension.”

“It had tension,” Neda snapped. “She was about to lose her brother. You try standing on the edge of a cliff, clinging onto someone you love, and tell me then that there’s no tension.”

“Well, I really liked your use of dialogue,” said Joan, cutting in. “It felt like a real conversation. It was also interesting to see how Nour’s character reacted to Henrick’s decision with anger. She obviously cared a lot about him and struggled to express it. Not all stories need to have dramatic cliffhanger endings.” She smiled kindly. Neda gave her a polite nod back.

They moved on. Neda listened half heartedly to the man as he shared his short story. Gripping, as expected, this one was a thriller about a farmer who adopted a dog with seemingly homicidal tendencies. When they asked her what she thought, she just shrugged.

Though the door was unlocked, Neda struggled to push it open and force her way into the corridor. Looking around for the source of her irritation, she froze when she noticed the boxes piled in the hallway. What were they doing here?

“Mum!” She yelled, more urgently now. “What’s all this stuff doing out here?” Picking up the box behind the door, she edged her way through the skinnier-than-normal corridor and into the kitchen.

Her mother was there, tea in hand, gazing ahead at nothing in particular. She looked up, dully, as Neda walked in.

“Mum, why is all that stuff out in the hall?” Neda repeated.

“We need to find somewhere to store it Daring.”

“Well, that’s easy. We can just put it back where it was before. That way people won’t, you know, trip over it on their way in the door.”

“I know darling,” she replied. “I know. But I needed to clear out his room, we have your aunt coming to stay with us for a few days.”

“What?” said Neda. “Why doesn’t she just stay in my room? We have space. I don’t mind sleeping on the futon for a few nights.”

Neda stormed out of the kitchen, box in hand. Stumbling down the hall to Harry’s room, she plopped the box on the bed, threw it open and started unpacking. Out came a colourful mix of shirts, jeans, papers and a tangled mess of cables she thought must have had a use once upon a time. She rushed to the empty cupboard and began to refill it. Shirt by shirt, she worked. Grabbing a handful of papers she briskly shuffled them into a neatish stack for the bookshelf. She was about to turn her attention to the cables when her eyes caught on something left on the shelf. How had she not seen that before?

She picked up the conch shell. It was bit, large enough to cover her palm. Beautiful. She remembered this shell. Why hadn’t her mother packed this too?

Without thinking, she held it up to her ear. The sea, that wasn’t really the sea, echoed back in her ear. She remembered when Harry had brought this home. She’d found it first, but he’d said that he wanted it, and she was so mad. But when they got home from the rock pools that day, he took the shell bucket to scrub them all clean and she’d never seen it again. He told her it had fallen out on the way home, but she never quite believed him.

“He loved that shell,” said her mum from the doorway. “I even found sketches of it in some of his old art books.”

“He must have done, he conned me out of it.” She ran her fingers over the pink and white ridges. “He always got what he wanted didn’t he.”

“Sweetheart,” her mother said, walking over to her. “I’m sure he didn’t want this to happen.” She looked sadly around the room. “He was in pain. He loved us, he loved you. Why else would he keep that shell in his drawer all those years?”

“I tried to stop him, you know,” Neda said, barely loud enough for her mother to hear her. “I told him I wouldn’t forgive him… why would I do that?”

“You were trying everything you could.” Her mother pulled her close. “I’m glad you were with him.”

“I’m not. I messed everything up.”

They sat there a while, clinging to each other as tightly as their grief did to them. They sat in pain. Confused. Lost. Together. Alive. 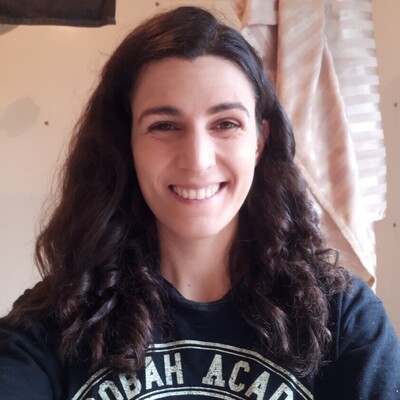 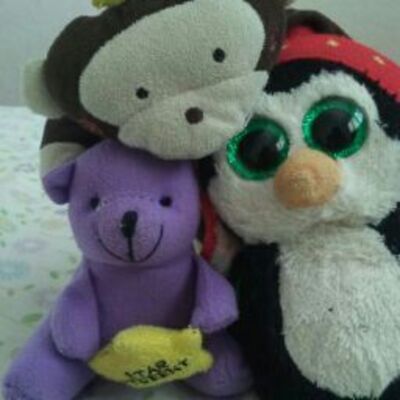 I like the plot of this story. Well done!