Names are pretty things. Mine is sharp and soft and a little hard for non-Desis to pronounce, but it’s mine. I’ve lived with it for almost two decades. I’ve hated it, cherished it, and felt indifferent about it.

Who would I have been if I was not Neha?

My father had told me I was going to be named after one of his grandmothers—either Kamal or Kusum. It had been a long-running joke between the two of us. I couldn’t imagine myself with such a…

traditional Indian name. Neither could he.

So whenever I questioned the Sanskrit roots and soft beauty of “Neha,” I always remembered that I could have been named after excellence or saffron.

It’s not like I hated my name. It was short and sweet and a little hard to pronounce for non-Desis (everyone thought the syllables cut hard, sharp, vocals like “knee-huh” or even worse, “knee-ya”), but it was mine.

But as time went on, I grew to hate it.

I hated how in fifth grade, I was called knee-high socks by everyone—including the occasional teacher—even though I was

taller than all of the boys.

I hated how in seventh grade, there were two other girls named Neha, girls whose lives became inextricably intertwined with my own in the eyes of our classmates simply because of our shared names.

I hated that while my cousins had sparkling, unique Indian names like Pavan and Nandini and Anshuman, I was stuck with plain, boring Neha.

In these times, I longed for a memory or whisper of Kamal, or even Kusum.

Perhaps that was a reason why I couldn’t sleep tonight.

The night was stormy and alive and fearsome, and I knew what that meant.

It was writing time.

But I was afraid.

I was afraid of facing my nameless characters, afraid of confronting the same issues I’d encountered with my own name.

In YA Fantasy, names were different. Longer, unique, mystical. I wasn’t keen on using a fantasy name-generator, and my patience from last night’s fruitless writing session was spent.

So I lay there in bed, quivering, feeling plotlines simmer beneath my skin, roiling as the injustice of my nameless, faceless characters screamed in my head.

I was done with this.

I shucked the covers off my legs, wincing at the blast of cold air.

Every hair on my prickly, shaved legs stood on end.

I settled into my writing chair. Opened up the dreaded laptop. Blue light showered my face in unwelcome warmth.

The manuscript, still up from yesterday, blurred into words and characters.

I couldn’t look at it.

I sucked in a breath. Sharply.

Sorting through my jumbled emotions was something I preferred to do, well…never.

I went back through time, traveling to 7th grade.

In the mess of it all, I grasped at a pale, thin, barely-there memory

I was sitting there with a clear view of the two other Nehas. Their backs taunted me, and I could feel my vision flooding with red.

I knew the pain of feeling like another body in a sea of millions of Nehas.

I knew that my name wasn’t my identity, only a facet of it.

I knew that most people didn’t get to pick and choose their name.

So, when most people I knew had strong feelings about their names, I had what was called “mixed feelings.”

At last, a coherent thought.

I loved Neha and hated her. I obsessed over her and felt indifferent when she was mocked.

To me, my name was just there. Existing.

An almost-casual acquaintance at my door, always waiting, but never forgotten.

I frantically typed into a Sticky Note.

We were getting somewhere! We were writing.

I couldn’t stop the devilish smile from appearing on my face, nor did I try to.

I glanced at the time and swore loudly.

I eased back into the chair and propped up my legs.

I was in for a very long, very arduous night.

I’d figure out the name for these characters. It wasn’t that hard.

It shouldn’t have been this hard.

I had been able to pin down the other three side characters’ names easily.

But those names held some resemblance to the real world.

My world was rife with hungering demons, prophecies, and unholy magic. It was beautiful and twisted and tainted.

I had to come up with names to match the ferocity of everything that existed in my demonic world.

My first protag was defined by the slaughter and burning of his hometown’s denizens. He was wicked, shrewd, and easily judged others. His goals were surviving, killing his enemies, and unearthing the secrets of his fellow assassins. Fairly simple.

He was a morally grey character, so he deserved an ambiguous name that leaned toward darkness.

I scribbled down a few notes once more.

My second protag was bubbly and bright, the foil of my first protag.

She had a strong concept of sisterhood, believed that fighting was a sacred art, and loved creating potions. She was known for repeatedly making mistakes and being careless but well-intentioned.

Her name should have been bright and lively.

I turned to the screen, marked down two bullet points, and continued.

My main antag was searching for an item in a prophecy because he wanted to dominate mortal and fae worlds alike. He was centuries old, had played my protags like pawns since they were born, and orchestrated the largest wars in my world.

I drummed my fingers on the sides of my forehead and sighed.

Then, suddenly, flashes of a dream I’d had a few days back came back to me in pieces.

The characters had been goblins, but their names were fascinating, as if woven from the finest syllables.

The bright light emanating from my laptop flickered once.

I held my breath.

The screen burned black, and my heart dropped.

I was bone-tired, my eyes were itching, and I wanted nothing more than to jump under the covers again.

But I knew if I did just that, morning would erase all memory of their names.

I fumbled for a pencil in the dark, my hand eventually landing on a mascara tube.

I shrugged. Why not.

I felt around my drawers, finally finding a loose sheet of notebook paper, and pressed it against the floor.

I uncapped the mascara and pressed every letter into the innocent paper.

I shuddered as it cracked under my clammy fingers.

The names went down.

I capped the mascara, tossed it to the floor, and jumped back into bed. 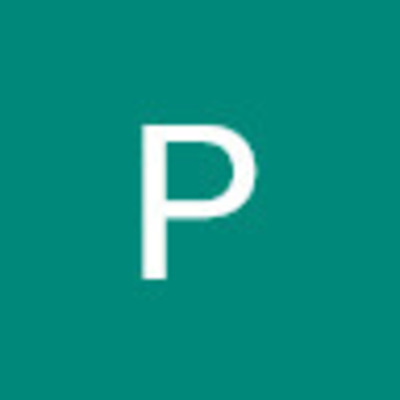 Neha, greetings from a new writer. The title caught my attention to start! POV solid through whole story. Story written from your heart. Audience YA, so not me. I liked the transition from Neha to writing a story. Story better as it went along. I would turn the sentences into paragraphs using contractions to eliminate some of the "I". (side note: While Patrick sounds fine in English, it did not in Mongol. I changed one son's name there. 8 years working in non-English .) Story = Good. Story is everything. Patrick

Thank you so much, Patrick! I'm happy you enjoyed the read though it's not your typical genre.

Very interesting story! I love how you've captures the naming process, which for me is so hard! Also, would you mind trying to review my story? Thanks and good luck!

Thank you! Also, I'd love to review it.

I loved the use of names as a way to write about inspiration - how very interesting! Thanks for sharing this!

Really cool! Now that I know it's a true story, I really hope I can read this novel some day? Also I love the naming process descriptions, as choosing the names probably takes half of the time in writing a story for me!

Augh, I know! We want the best for our characters. And I'd be honored to have you read a published version of the manuscript one day. :)