Thursday was going to smell like silver and jessamine. I knew this because one, the spindly plant outside my window was blossoming, and two, my eyes were slowly turning silver working so late at night. The Wednesday sunset was short but pleasing, and I stayed at my desk with my knees cramping until one in the morning and threw my pen down with a triumphant noise that was halfway between a giggle and a shriek.

But that night gold was in the air. One, gold smelled like bitten lemonade fingers and half-melted ice cream, and two, I woke up confused on Thursday morning in the cold light. It looked like little gold coins were dancing in the air before my face and for one drowsy drunken moment I wondered if Lily had come back. But then it was just the cold golden sunlight through the broken window, and I sat up with paper shreds in my hair and smacked my head on the corner of my desk.

The manuscript was still there, typed words flowing easily across, and a hiccough grew in my throat, a happy giggle and an expanding feeling in my chest. Blue pen marks were scattered across the pages, all four hundred of them, in thin blue spidery handwriting. Crossing out a character’s name, deleting a scene, killing off a pet—the day I wrote that passage, Lily had left—the day I wrote that one, I’d been sick in a bucket all night long—the day I finished that chapter, I had stayed up until five in the morning reading Agatha Christie and you could tell because I put in a murder mystery subplot—.

But over now. One, the very top page was nicely blank, a perfect, untouched page. But two, it was without a title.

With a blue sweater that bore three little holes in the left elbow I walked downtown. I’d forgotten to brush my hair, but what the hell? I finished my untitled novel!

I waited at the red light for half an hour while traffic rushed past and people behind me advertised Free Prayer. I tried to pretend I didn’t see them, squinting toward the other corner in the hot bricked sunlight.

-At nine in the morning?-

-Yes. It’s why you’re open at nine in the morning, right, to sell ice cream-

The white-aproned lady raised her eyebrows and with her eyebrows her brown hairy moles traveled upward. I watched them. There was hair growing from the biggest. I looked away.

-I want a scoop each of chocolate, mint ice cream, and raspberry-

I went outside and sat on a green metal lattice chair in the sun and watched the bubbling fountain in the center of the square. One, the gold was disappearing already from the air and two, the smell of jessamine floated past from a food truck of Indian food. I had as usual been right. I sat with my knees drawn up and my hands dripping with melted multicolored ice cream.

Then she walked past. At first I thought she was Lily. Lily, with the dark hair and big skirts and jessamine laugh. But it wasn’t. I started. It was Felmine.

I swear it was her. Wasn’t just a lookalike. She came out of the ice cream shop with a plastic cup of vanilla and a thin smile and sat down next to me.

She licked at her ice cream.

-Are you who I think you are?-

I was shocked into silence. We sat there in the golden sunlight and silvery wind with gently moving tendrils of jessamine, watching the square and the clouds pass overhead. It was growing greyer, darker, and there was a hard iron spot in the middle of the sky. I pointed to it.

-Duh. I’m great at weather. I’m a hunter. You gotta be able to tell rain from snow from wind when you’re out on a North Sea island about to be eaten by a Bluehm Tigyer-

-No need to be cruel-

-I’m your character. I’m Felmine. You wrote me, you created me-

-But—but—I only got finished today-

-So—so are the others alive? Giles and Merlin and the little lamb?-

Felmine rubbed at the side of her nose very suddenly and glared at her ice cream. I watched her curiously.

-Not the lamb- she said very quietly -Remember Giles—don’t you remember?-

I had been particularly angry that night. I had just finished reading a thriller novel wherein all the main characters died and resolved to kill off something or someone. Giles I knew was already a traitor and a greedy one as well, and so I wrote a big grand scene full of fire and anger and betrayal and by three in the morning Felmine’s little lamb was dead.

-You think I can? I am your character-

-Yes, I think you can. You’re a strong character, Felmine, that’s why I like you-

Again it was quiet. When I looked closely at her, I could see that Felmine’s edges were not quite there. I had not made her to be physically strong or perfect, I made her body weak because it was the opposite of her mind, but this wasn’t roundness or plumpness. Her edges and the rim of her was rather paler, almost clear—like smoke.

Giles walked past at half-past ten. He leaned toward Felmine, kissed the top of her head, and whispered in her ear -uhofficeof uh storycharacterswantstoseeyou-

-Sorry, what’s going on?- I crunched the tip of the cone between my teeth and spit out the paper wrapper. -Giles, that you?-

He nodded. -Me, anyway as I was saying Felmine, they want you and—

-There’s an office?- I squinted at him.

He nodded. Then he sighed at a look from Felmine and took the last green lattice chair. The sky was a delicate grey, soft and lush, and was beginning to mist. The square was darker now, the dog-walkers leaving and the kids in the fountain no longer splashing. I rubbed my right hand—sore from the night’s work—and wondered idly if my own characters were going to kill me. What a good story idea! Patiently Giles looked at me, waited for me to stop noticing these things, and then started to speak.

-I’ll talk to you however I want, Giles. You’re my character. My villain-

He folded his lips. -Well-

-I want to know what’s going on-

Felmine gave him a look. -Hurry up-

It began to rain. The rain fell through Felmine and Giles and pattered on the seats underneath them. I watched it happen and began, very slowly, to be afraid.

-Shut up and we’ll tell you-

-Hey. Look here. I wrote you. You’re mine. You shut up and leave me alone or else I’ll burn the manuscript. One, I just finished my novel and two, you haven’t let me even celebrate for longer than the walk here-

I stood. They stood. One, the air was iron sharp now, a hard silver, wet and dangerous, and two, the jessamine had faded away completely. I was angry and I was tired and I was afraid—I had not slept last night, I’d been working steadily like a good little girl and now my characters were here telling me to shut up and who are they to tell me what to do?—and now I realized I had made Giles too tall and too powerful-looking. I remembered he could run fast and only recently gained a conscience. I’d thought in the moment he’d be good looking, but his features were hooked and furious, and Felmine was drawing straws of heavy silver-colored magic from her dress pocket with darkness lingering in her eyes. With a shriek I dove away from them, dodged Giles’s arm and Felmine’s magic, and ran straight into traffic and down the bricked street, twisting my ankle but running through the pain.

I threw myself at my desk, panting, hot, and as I heard them pounding through my rooms toward my desk at the back, held up my manuscript and lit a match. One, my heart started to calm down as the papers burned, and two, with it burned the angry, horrified faces of Felmine and Giles.

As always Zilla, a great story and excellently written

Wow I gotta admit, this was definitely not what I expected when I started reading it and I'm glad it turned out the way it did, leaving me reeling from all that transpired towards the end. It was an exhilarating tale to follow, and I loved the concept of characters coming to life as well. Excellent stuff, Zilla!

Thanks so much! The characters are real, that is, from my first actual novel (but it does have a title) and I'll be rewriting/revising with my friend this fall.

Loved it! What a great idea to have the characters come to life and start ‘rebelling’.....

Dang! That was quite the turn of events! Well-done! 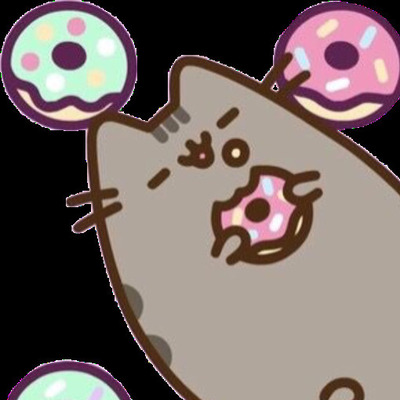 I love this story! The ending is great and unexpected ... Your writing is so realistic as well! I would love it if you could read my story and give me some feedback. Thanks!

I'm really sorry, I'm busy with my writing and critique circle. Remind me in a few days?

Of course! No problem.

Characters coming to life and threatening their creator? I guess she created them just as they are so when they rebelled, there was something to be done. I am just thinking, Zilla. What if my characters were to come alive now? Its something worth thinking about though. One, because I have created a lot of characters that I am still trying to figure out. And two, because you wrote it -the idea- and I'm glad I got this for the critique circle. You are an exceptional writer. Great story as always.

Thank you so much! Yes, the idea that characters might come alive is certainly a scary one. Especially for those with many stories featuring many characters. Something to think about.

Zilla, this is one a wonderful story. Really ingenious and unique. I love how the characters came to life both in the story and in my head. However, i saw an error where Felmine and Flo were 'talking' and Felmine said "I'm great a weather" I think it should've been "I'm great at weather" Overall, this is a splendid piece, and I really enjoyed it. Keep it up!

Haha! Thanks for the catch.