They’re (Sean and his friends) going to sit around a table, talk, drink coffee, and eat pastries (with jelly inside), and ignore me, but if they’re going to ignore me, then why am I coming?   My name is Bushington and here’s today’s adventure:

Sean is starting three clubs:   A Reading Club, a Writing Club, and an Arithmetic Club.   So, Let’s start with the reading club:

The kids in the book club sit around a wooden table.  It’s on the second floor of a public library (I know because we take the stairs and books are everywhere) and Sean says if anyone asks, I’m a thinking-brain dog.   Other people have seeing-eye dogs, hearing-ear dogs, but Sean says when he pets me, he calms down, and thinks better; I’m his thinking-brain dog.   Sean’s the smartest of all the kids, so why would he need a thinking brain dog?  But Mommy and Daddy think it’s fine and the librarians don’t mind.

But, Sean says the first book they’re reading is called, “A Land Remembered,” and there are five girls (Linda, Maggie, Chrissy, Cher, and Laura) and six boys (Bob, Paul, Peter, Phil, and Frank) in the club and everyone says Sean is a good host for bringing jelly pastries and coffee.   And the first discussion seems to go well.  They talk about history, colonization (whatever that is), mosquitos, and lots of things, but everyone seems friendly.

But, next month, everyone starts reading a book called, “The Chocolate War,” and that’s when the yelling starts.   Mommy and Daddy say Chocolate is bad for me, so it makes sense that a chocolate book would be bad for them, too.  See, “The Chocolate War” is a book human parents don’t like.   It has things meant for older kids and Sean’s Mommy and Daddy don’t know Sean’s reading it, but when the third of the month comes, and the kiddies meet in the library, that’s when the shouting starts.  When there’s shouting, I get scared and shiver.

But, instead of talking about the stuff not for kids, they argue about the book’s ending.   Half of the kids love the ending, the other half hate it.   See, according to Sean, the bad guys win.  That’s why mommys and daddys hate it.   But, the kids start raising their voices and shutting their books, loud.

At the middle of this meeting, one of the girls (Laura) gives Sean her book, says, “I’ve had it.  I’m out,” and leaves. But, at the end of the meeting, Sean collects the “Chocolate War” books and hands  out the next books called, “The Poisonwood Bible,” which looks thick.   Sometimes when Sean is reading, he pauses and pets me, but I liked it better when he was petting me all the time and not reading.   Sean writes down notes this time though.

Next month at the library, the shouting gets louder.  See, us dogs only see in black and white and that’s what the kids are talking about is black and white and a guy (Peter) leaves, shouting.  Sean’s a smart kid, so i don’t know why he’d start a club that’d make everyone angry.

But, the next month, they read a book called, “Nice Big American Baby,” and Cher thought the book was like a radio.  She says it’s stereotypical, like a radio, so she shouts and leaves too.  Each month, one by one, the book club gets smaller, because the other kids don’t  like the books Sean picks, until there are only two left: me and Sean.  Then, he says, “I know.  We’ll read, “Old Yeller.’”  So he reads it to me and I don’t like it, so I stop coming.  I hide in the pantry when Sean tries to collect me for book club.

Sean cried the night I hid, since his book club had failed.  So, since I have a heart, I come out of hiding and lick his salty tears.  Then, Sean stops crying, thinks about it, and starts getting smart.  He thought of what book I’d like and he read me, “Doggy Dog Daze,” by James Offenhartz, which is fun.

And then, Sean thinks  and he calls up Cher and asks what books she’d like in the book club and she recommends a book called, “Indian Killer.”   So the three of us read this and  next month, although it’s only Sean, Cher, and me, nobody yells.  Sean and Cher even hug each other after the meeting.

Then, Sean calls up Peter and asks what book he’d like in the book club and Peter says, “Invisible Man,” and Sean, Cher, and Peter all read this book and meet at the library the next month and have fun talking about this book.  One by one, when they can choose what book they want, the book club grows, until Sean gets twenty new participants, and everyone is happy.  But Sean never forces a book on them and learns to listen.   Now I just have to convince Sean to bring some Milk-Bones and water to the meetings and it’ll be perfect.

Now, since Sean was successful with his reading club, he decides to start a writing club too.

The first question Sean asks is where to have the writing club.   Sean talks to me about it.  Sean thought about the library, but he wants somewhere with enough outlets for phones, tablets, and laptops.   He thought about our home, but decides that would be unfair to our family.  So, Sean decides to see if we could have the writer’s club at the local coffee shop.  One problem though is Sean wants me to be in the club, but the coffee shop serves food and (for some reason) they don’t want me around food.

So, Sean decides to book a private room in the back of the coffee shop, which has a door.  I still have to be in a cage though, when food’s there (that’s the best part:  the food, not the cage).   But, I came.   So, Sean starts advertising for his book club and people come, drink coffee (I don’t like that stuff, it smells funky), and they sit there and stare at blank screens while tapping their fingers, twirling their hair, or sipping their coffee.   Then, after 20 minutes, Sean asks people to share and everyone’s silent.   Then , everyone, including Sean, admits, they didn’t write anything.  (I couldn’t either, since my thumbs weren’t opposable back then.).  They all have WB (Writer’s Block).

But, Sean goes to school the next day and when he comes home, Sean has a smile on his face and when he walks me, says, “I talked to one of my teachers today and I think I can fix the writer’s club.”  We go back home, I get a Bac N Bit, Sean writes things down on a pad, has sloppy joes with the rest of the family, washes up, walks me again, and goes to bed.

So, since Sean was successful in leading the reading club and the writing club, he decides to start the arithmetic club, but there are only four kids in this club:  Danny, Jacob,  Ralph, and Sean. Now, Sean, Danny, and Jacob meet in the math lab and talk about weird things like three-dimensional geometry, SOH CAH TOA, formulas for finding how much water fits in a bottle, but us dogs sense things and I can feel Ralph’s anger.  It feels the way it feels when a thunderstorm is in the air.   Then Ralph yells:

“Dag Nab it!!  I understand everything you guys are saying, but I keep getting the wrong answer and I don’t get why.  WHY?! Why can’t I get it?!”

So, from the Reading Club and the Writing Club, Sean has learned to listen instead of force, laugh at, or put people down.  Sean goes through each step of the last calculus problem, but Sean notices Ralph put the number 5642 instead of 5942 and Sean asks Ralph why Ralph did that, in a nice way and Ralph tells Sean its a six, not to argue, matter-of-fact like.

So, Sean gets out a sheet of paper and writes something on it and asks Ralph to read it and Ralph says, “Q.  That’s a q,” and Sean tells Ralph it’s a “pee” (like what I do outside).   Then Sean tells Ralph he wants to talk to Ralph alone outside.  Not like Sean wants to fight, but like something’s a secret.   Ralph and Sean came back about five minutes later, and in  about ten minutes, Ralph’s mommy comes, Ralph pets me for five seconds, and Ralph’s mom takes Ralph home.

The three of them (Sean, Danny, and Jacob) have fun talking about weird stuff  like imaginary numbers, intervals, and more stuff I don’t understand for about two hours, then the three of them go home.

That night, after my evening walk, Sean says he feels bad Ralph might have disc legs see ya (think that’s how it’s spelled) and wishes his friend wasn’t left out of his club.

For the next two weeks, only Sean, Danny, and Jacob show up for the club, but on the third week, Ralph returns and the three guys welcomed him with hugs and handshakes.   Then, Ralph says:

“Guys, there’s something Sean knows that I gotta tell you:   I have dyslexia.   So, I got a new text book, which has numbers that are thicker on one side than the other.”

And I can’t read ‘cause I’m a dog, but supposedly the side of numbers like nine that are longer are thicker in Ralph’s text book than in other text books.  But none of the other guys seem to care.   They just accept Ralph and keep talking about things like the radius, the denominator, quantum physics, and other things I don’t understand, but he put his hand under the table and pets me again and everyone is happy. 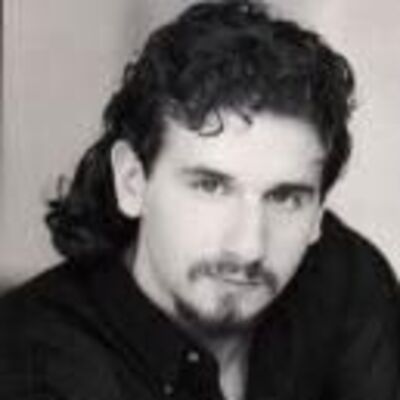